DAVID BECKHAM has smouldered in his undies in dozens of modelling campaigns.

Now his eldest son Brooklyn has proved he’s a chip off the old block by becoming the new face of High Street fashion label Superdry. 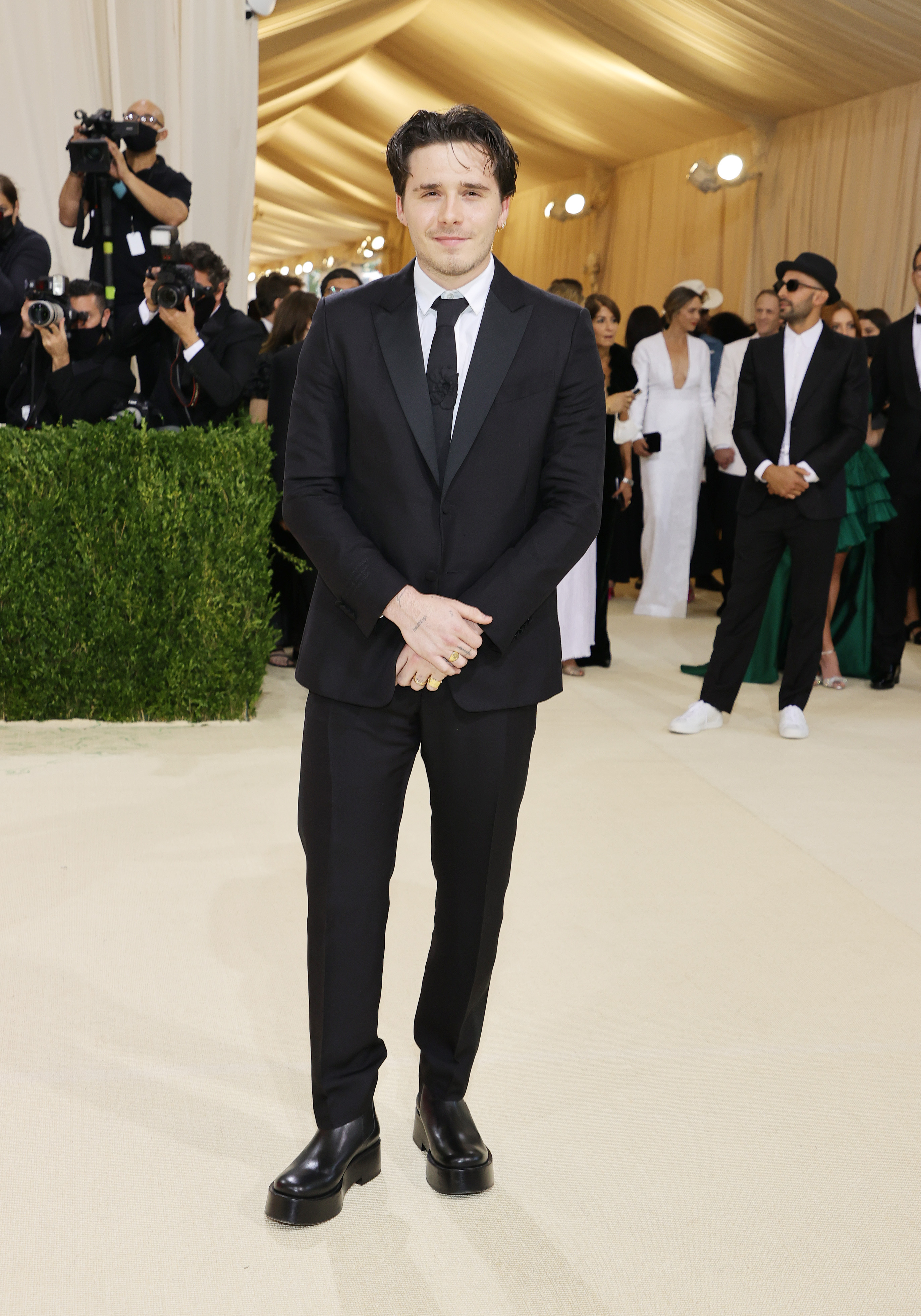 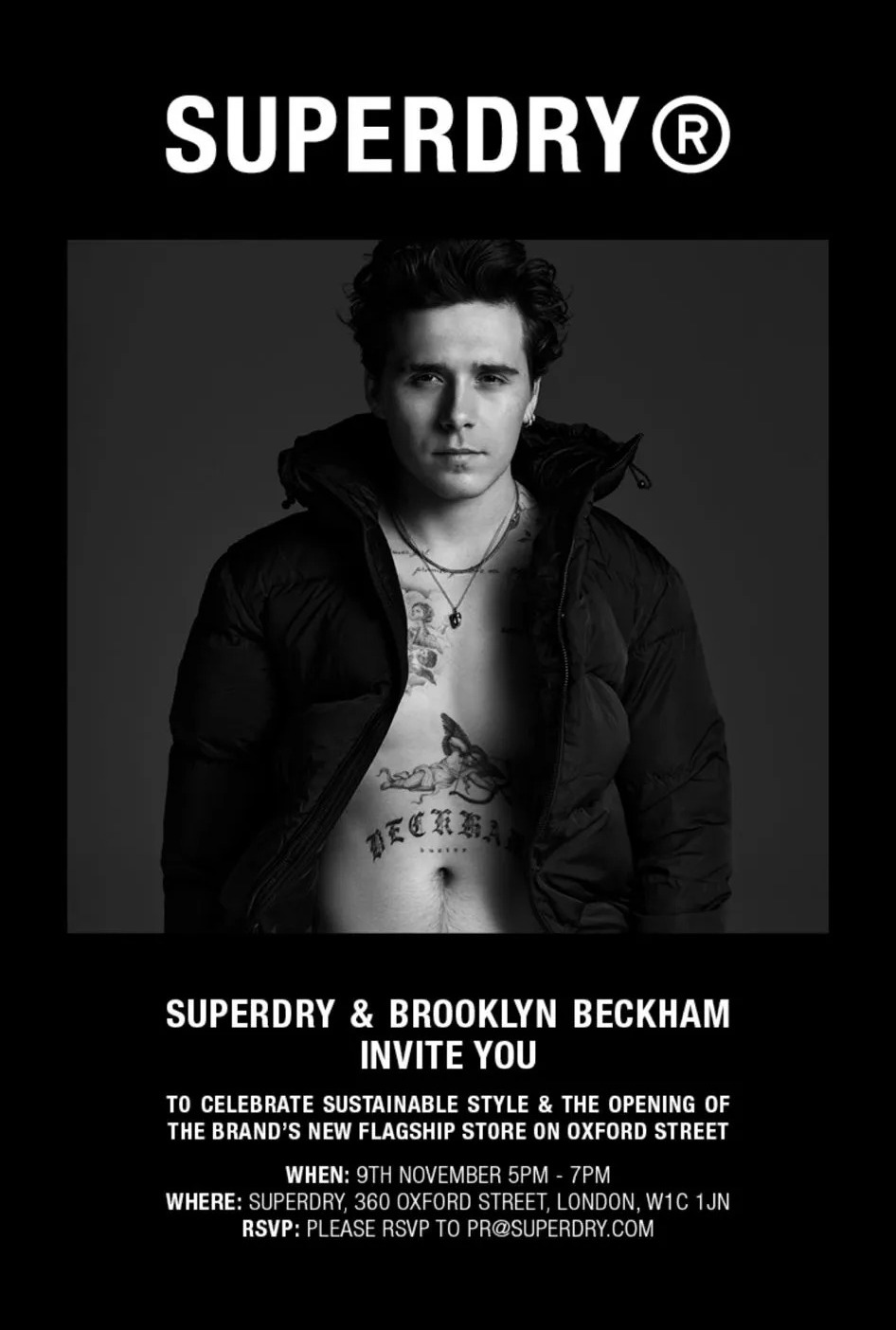 We can reveal the 22-year-old has landed a £1million deal to front the British streetwear brand and has shot a new topless campaign showing off his abs and tatts.

Joined by a star-studded crowd, photographer Brooklyn will launch the sustainable range along with a new London store next week.

A source said: “This is a huge opportunity for Brooklyn and will cement him as a real name in the men’s fashion world.

“It’s a great gig for him to land and has given him focus.

"He’s really keen on sustainability too, so he’s excited to get stuck in.”

Brooklyn and his fiancée, model Nicola Peltz, already rep Pepe Jeans, making them a mini Posh and Becks of the fashion world.

Brooklyn does, of course, come from a stylish family — his mum Victoria runs a fashion label.

And he isn’t the first Beckham offspring to land a mega modelling deal either.

His younger brother Romeo fronted a Christmas campaign for high fashion brand Burberry when he was just 12 years old.

Who knows, perhaps they could join their dad on the catwalk one day. 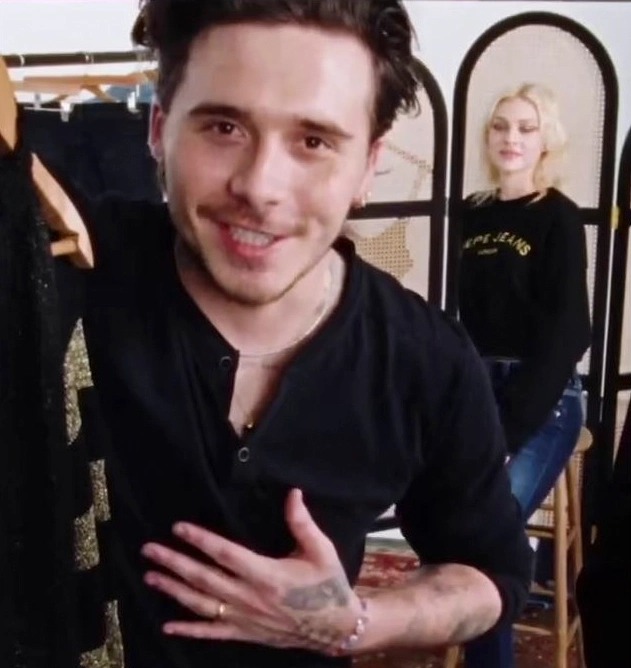 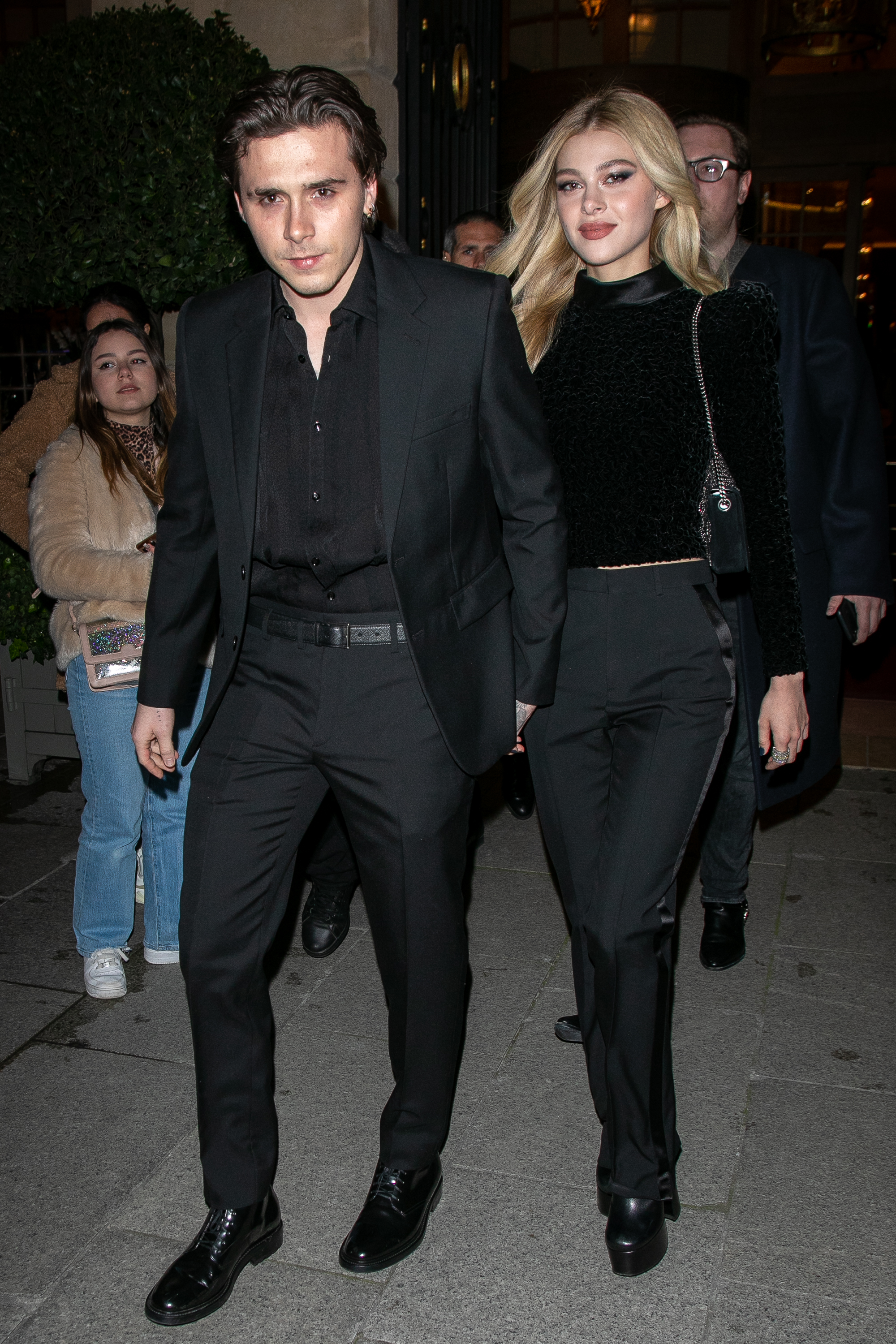 The pop legend took a leaf out of skater girl Avril’s book with this punky black and white dress, fishnets and fingerless gloves. 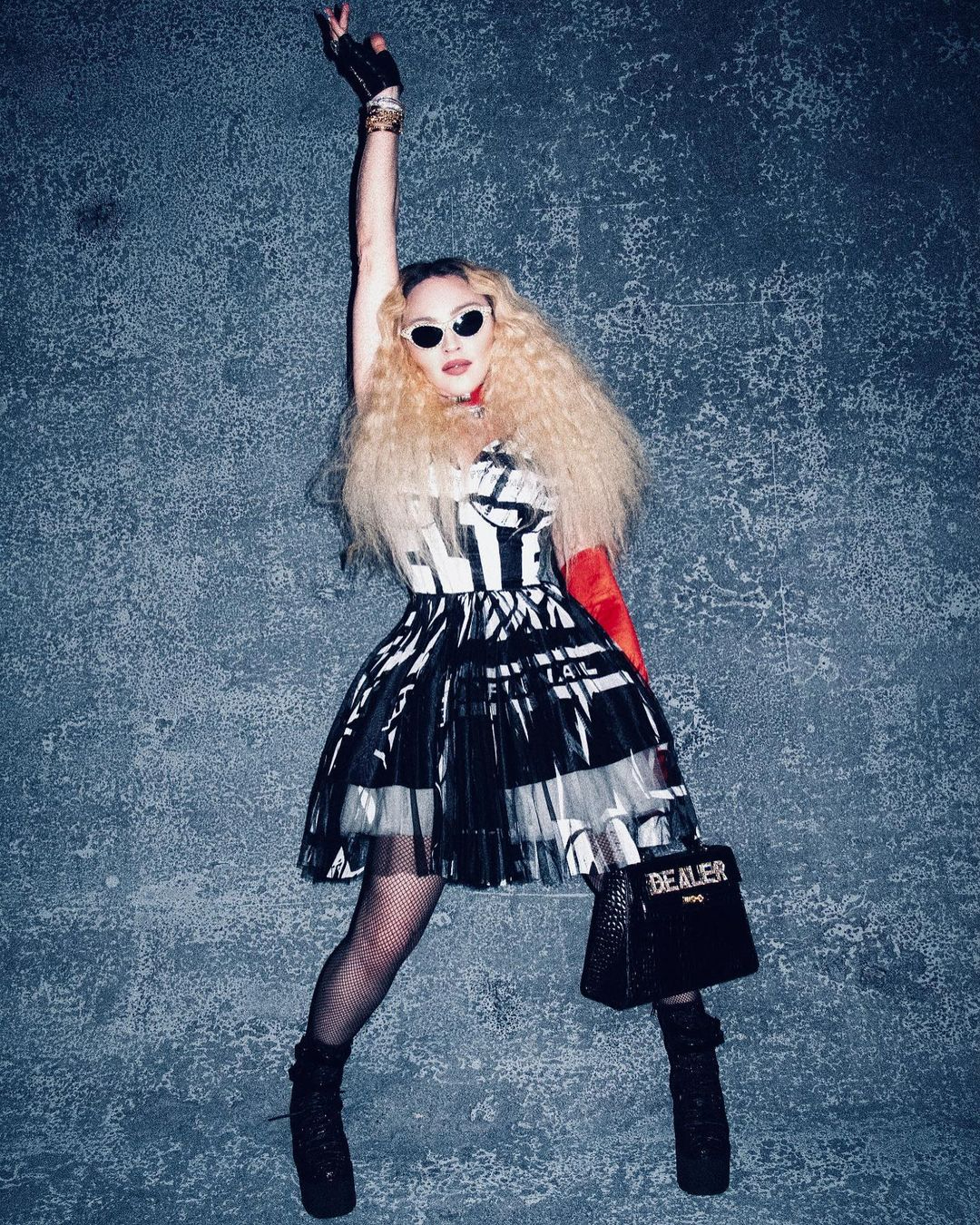 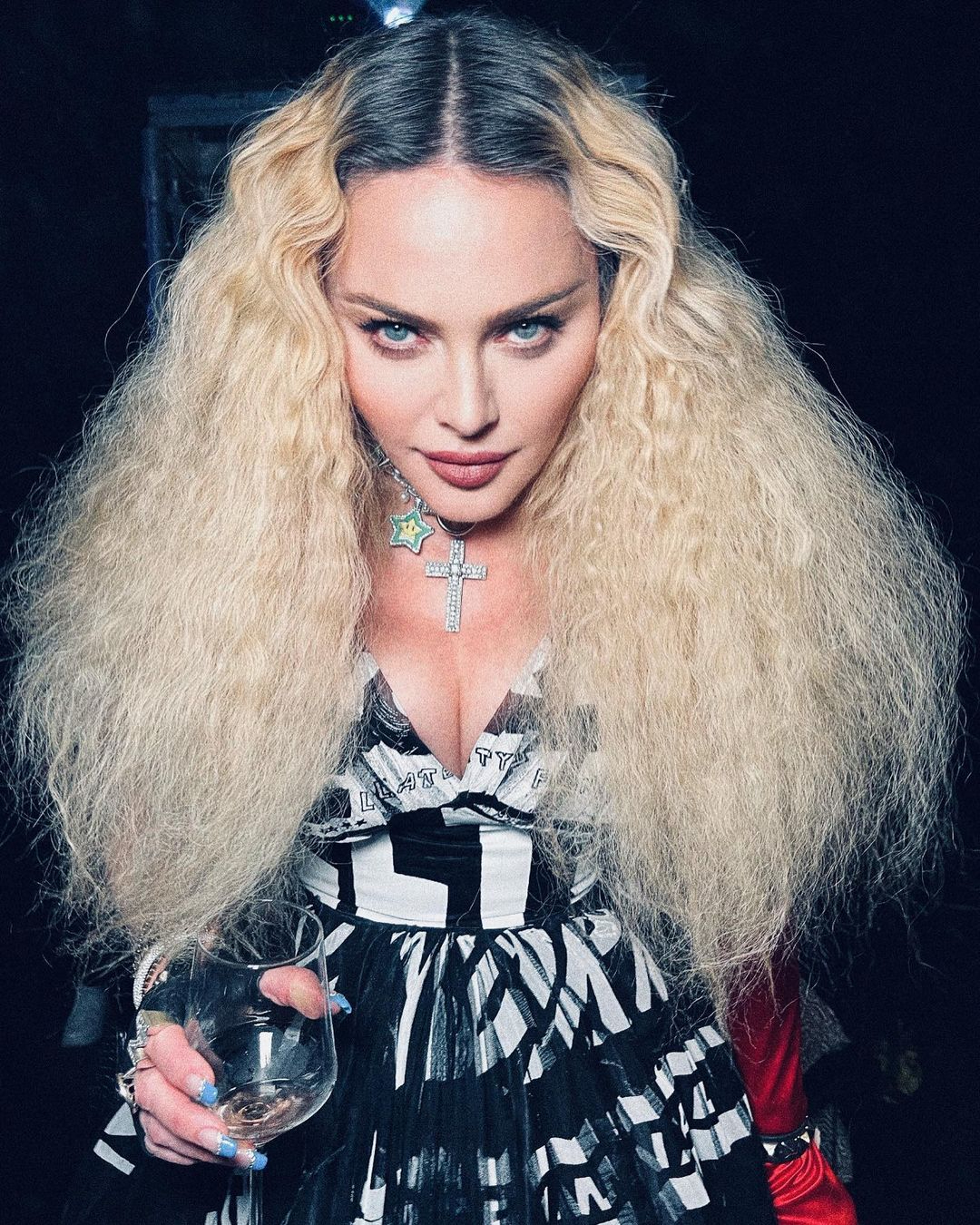 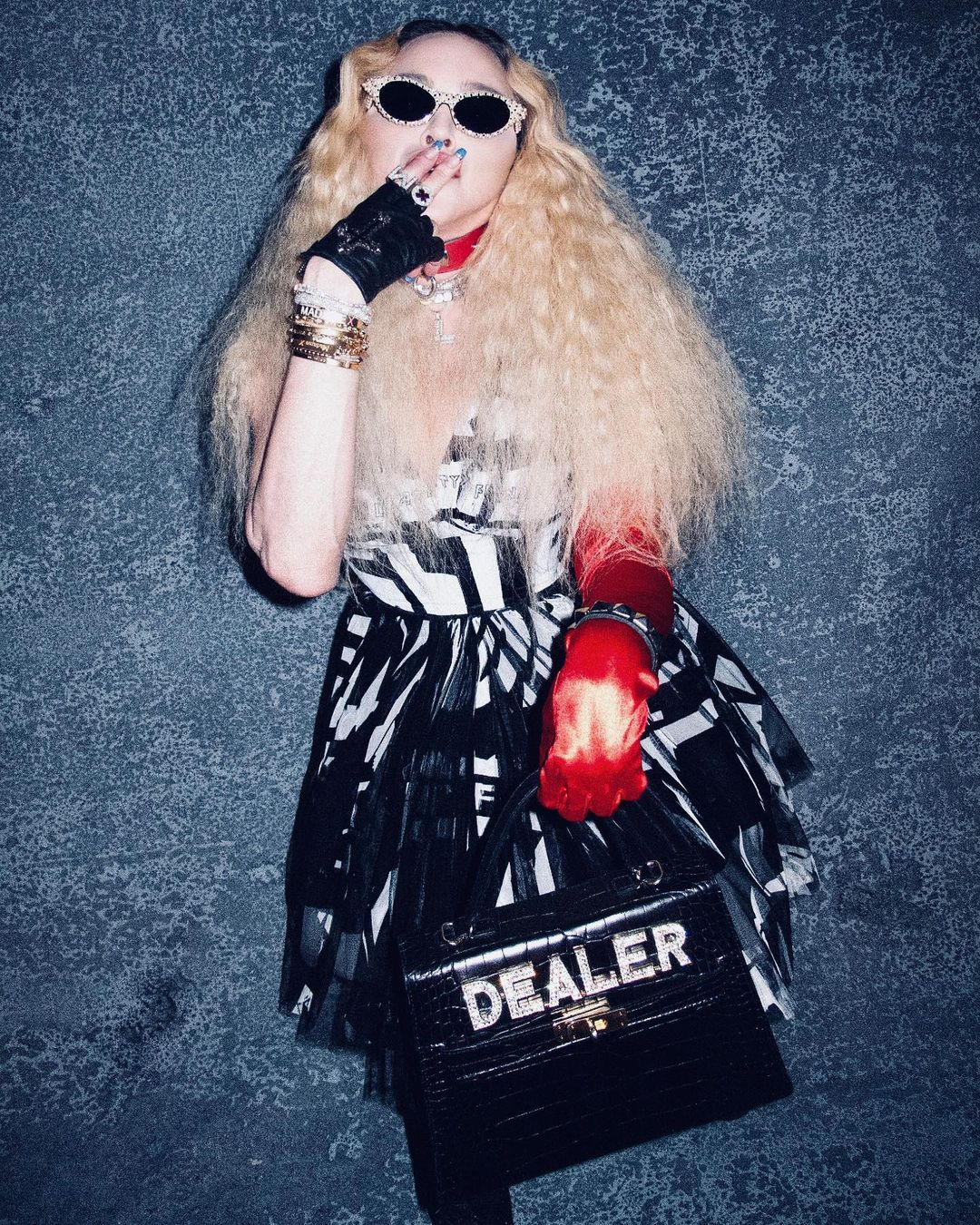 Material Girl Madonna was making a surprise appearance at the amfAR gala in LA, where she joined stars Camila Cabello, Paris Jackson and Meg Ryan.

And in true Madonna style, she made sure all eyes were on her with a series of attention-grabbing poses.

Well, she was never going to sneak in through the back entrance, was she?

The pop star, who was out in New York, teamed her ripped blue jeans and strapless gold top with a giant purple fur-lined coat. 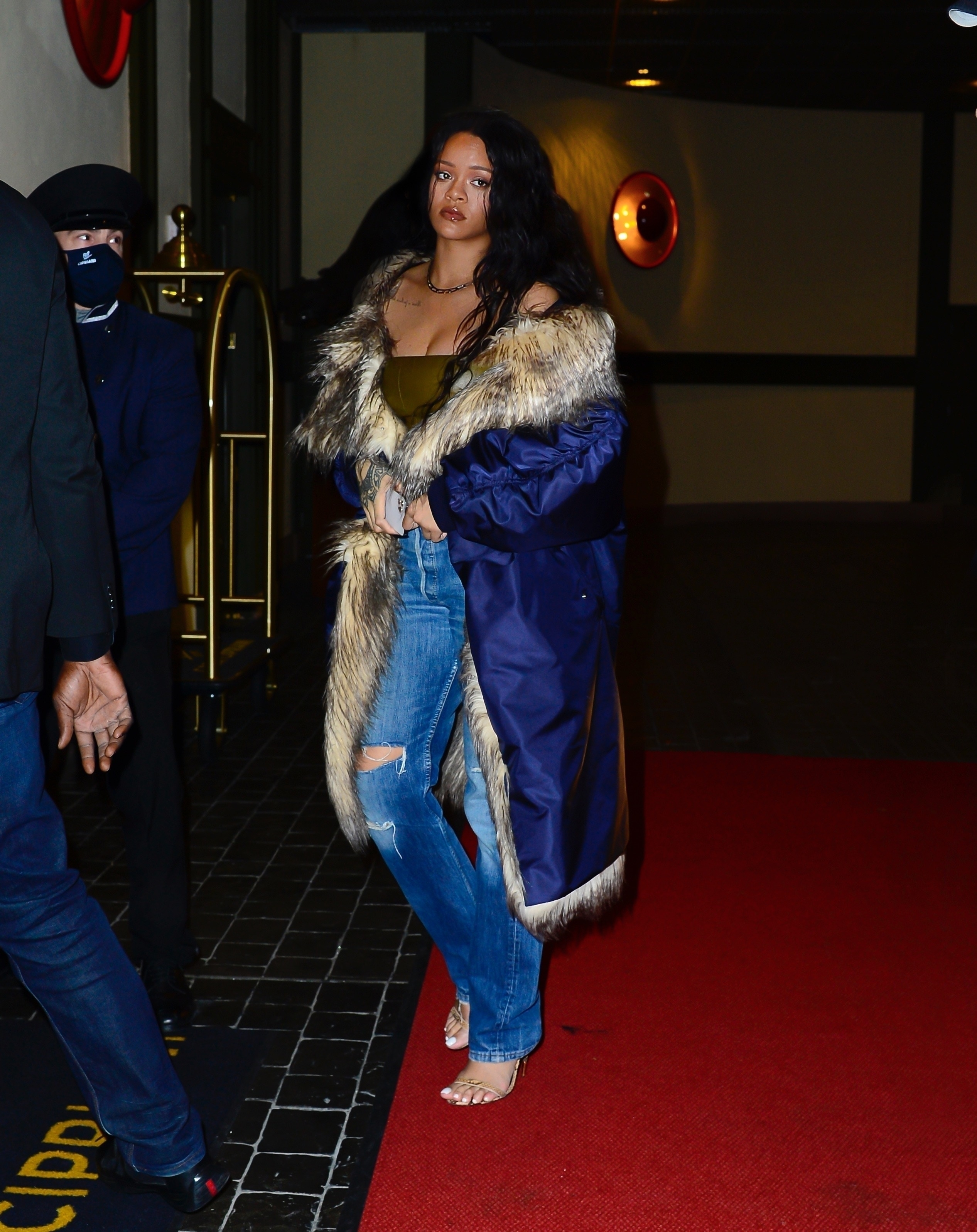 Her retro look comes as she announced she is launching a Rih-Issue (see what she did there) – releasing limited edition vinyl copies of her old albums.

The Instagram announcement – with a snap of Rih in hot pants and a pair of platform boots that Abba would be proud of – read: “Today’s kids will never know what vinyl is, they said!”

Hogwarts to do a 'Friends'

THE success of the Friends reunion could spell a similar Harry Potter get-together.

We hear movie bigwigs want to create a Hogwarts version to celebrate the 20th anniversary of the first film, Harry Potter And The Philosopher’s Stone. 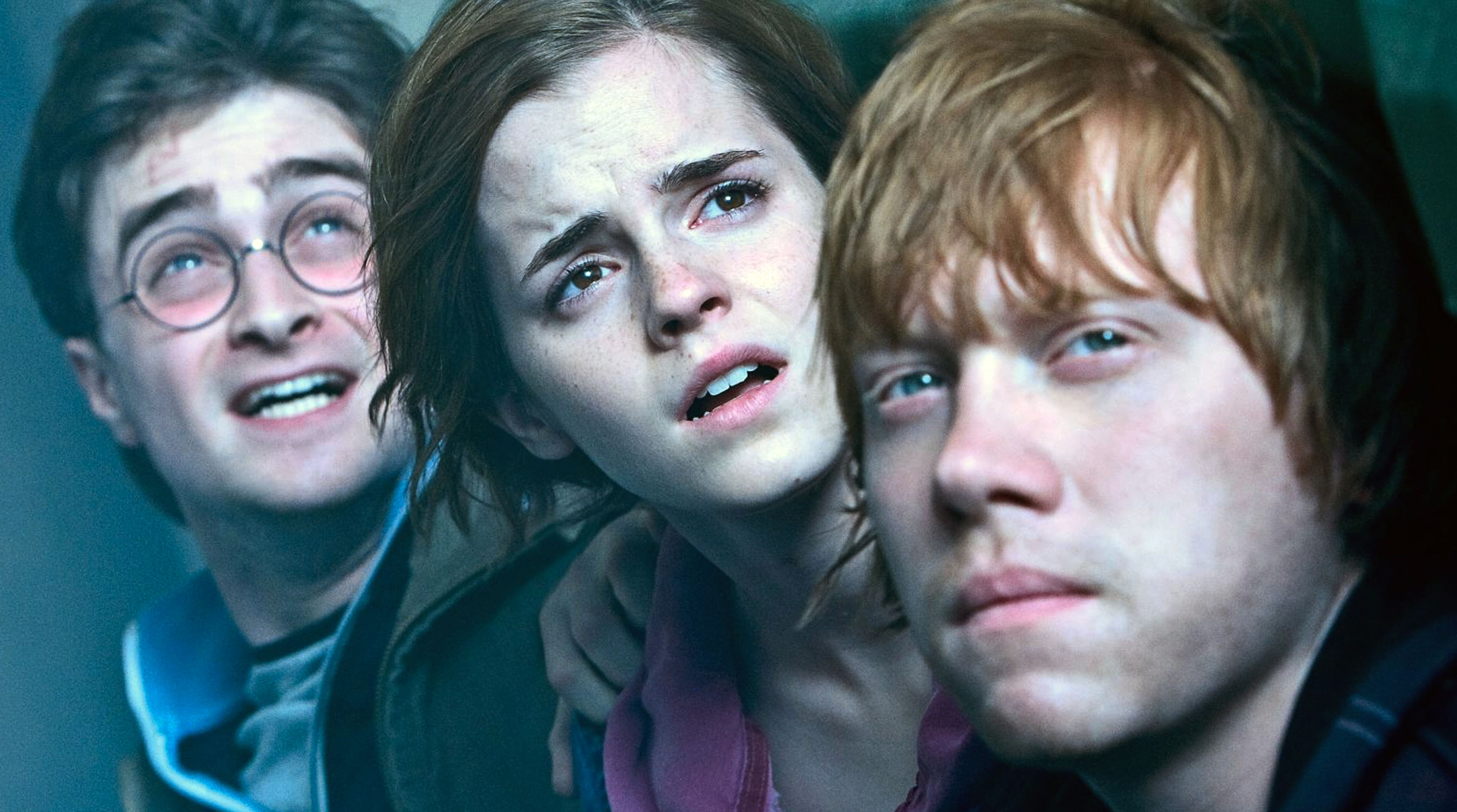 The major stars of the franchise – Daniel Radcliffe, Emma Watson and Rupert Grint – along with other cast members, are being invited to film a one-off special at the Warner Brothers Studio Tour London later this month to re-live the iconic movies.

Fans will see some of their favourite scenes recreated, including boarding the Hogwarts Express on Platform 9¾ and The Yule Ball.

An insider said: “The proposed show is being shrouded in secrecy as franchise bosses want to get talent locked in first.

“It would be amazing if they pull it off and they have offered big money to the cast to reunite.

“Many of the actors have moved on, but the movies launched them to superstardom.

“They all have lots of fond memories from their time filming together. Everyone is hopeful it will happen.”

We’d certainly raise a glass of butter beer if they pull it off.

JOEL Corry has revealed his celeb doppelganger is . . . Joey Essex.

The DJ revealed he gets mistaken for the ex-Towie star all the time. 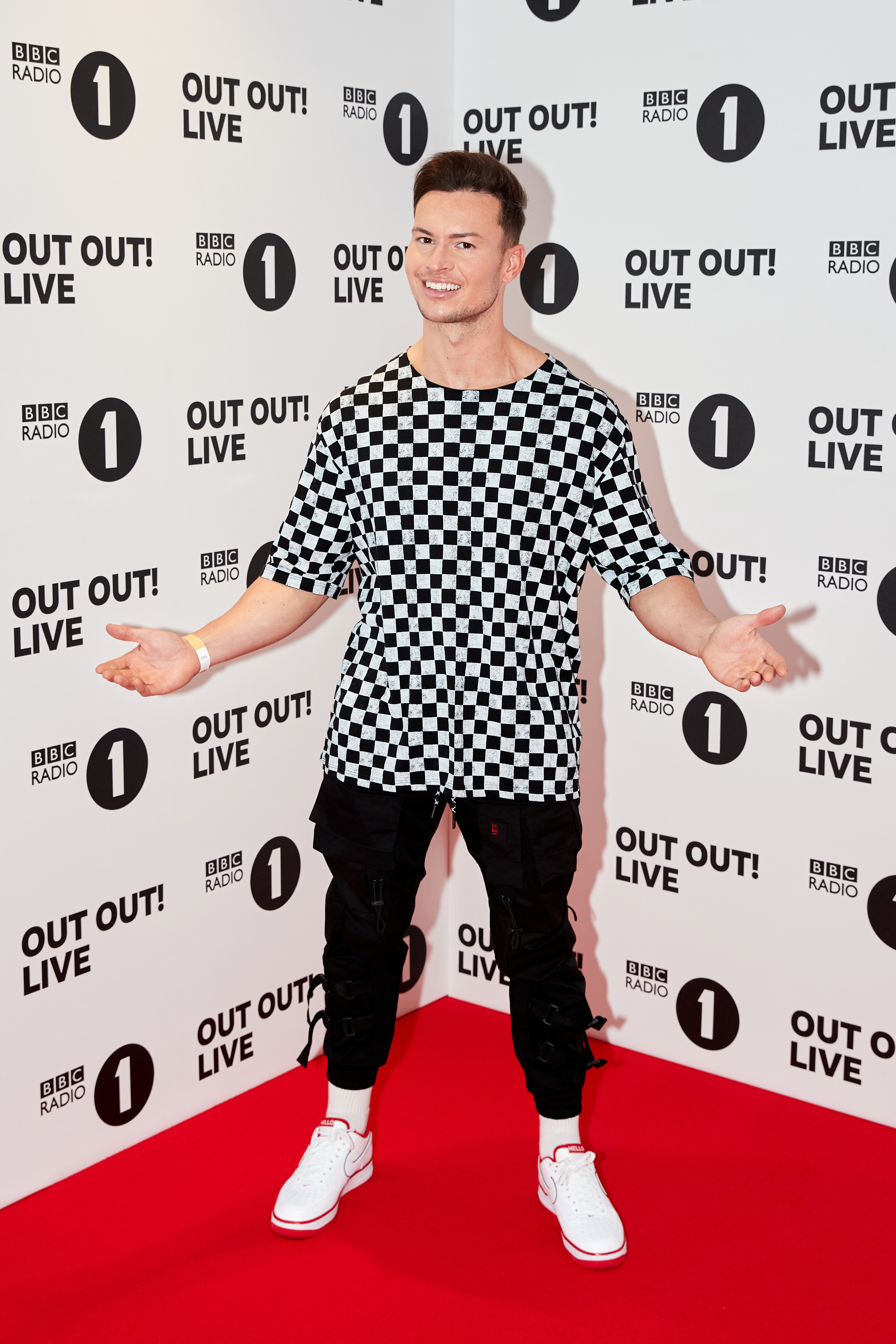 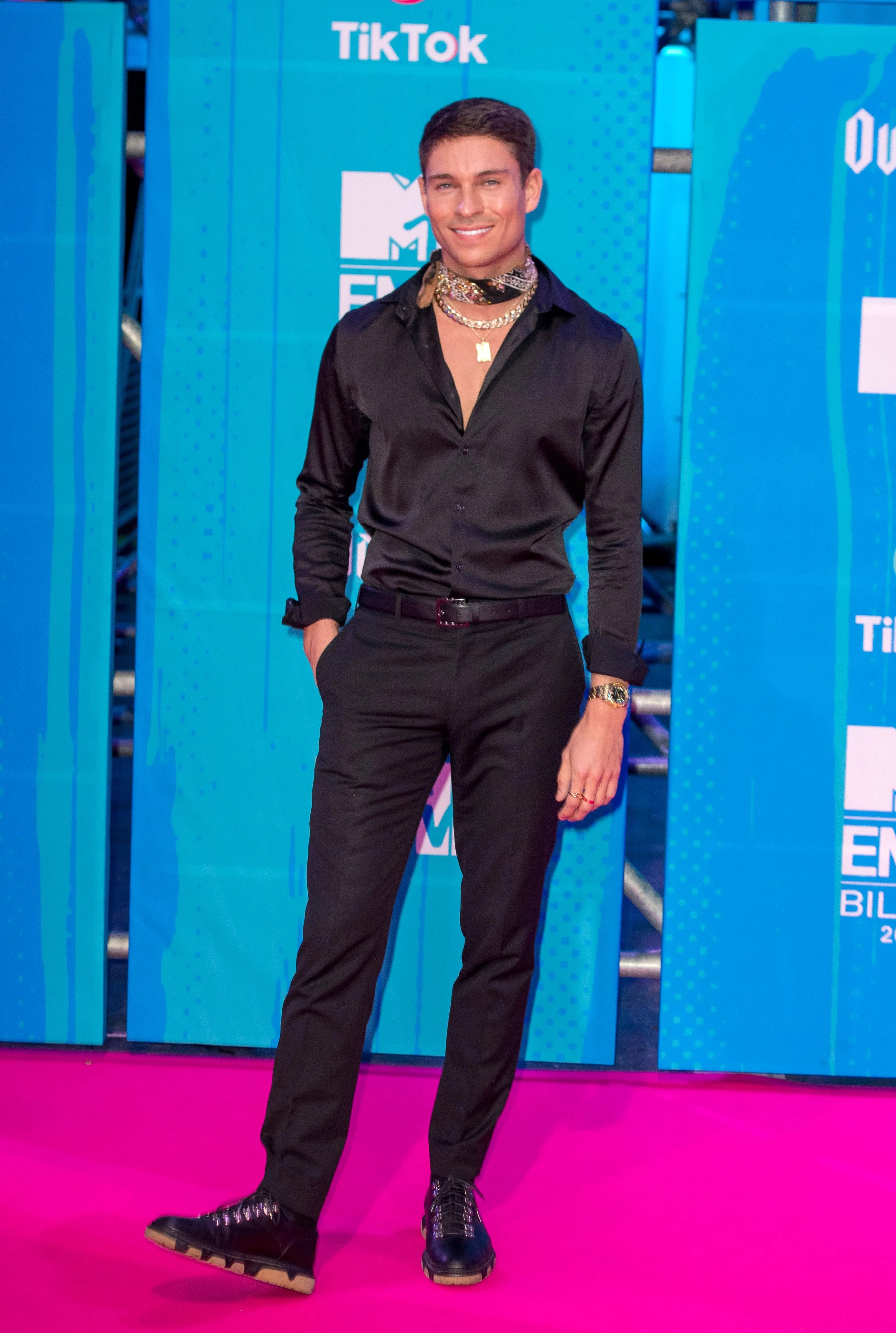 He said at the launch of Capital’s Jingle Bell Ball with Barclaycard: “People come up to me thinking I’m Joey.

HELEN Flanagan has spoken out against re-touching photos – admitting that tweaking her own images in the past made her feel worse about herself.

“I remember when I used to retouch my pictures it was making me feel worse about myself.

"And I was like, ‘No, I actually am all right the way that I am’. I don’t retouch my pictures now.”

Good for you, Helen.