Charlie and Naga had plenty to get through on today’s BBC Breakfast as the pair discussed everything from the latest coronavirus guidelines to last night’s Carabao Cup fixtures. To help the two, former Strictly Come Dancing star Mike Bushell took over the sports side of things while Carol provided an insight to the weather forecast. However, after Mike and Charlie brought up a game of tennis they’d once played, Carol let out a rather charged innuendo – something Naga couldn’t ignore.

How is Boris Johnson handling the coronavirus crisis? Vote in our poll

Mike and Charlie reminisced over the time the two faced off against one another on the tennis court.

Mike was paired with Jo Konta while Charlie teamed up Heather Watson for their one-off bout.

As the BBC Breakfast team moved on with the show, Charlie quickly cut over to Carol with tennis still on the brain.

“Carol’s spent lots of time at Wimbledon over the years,” Charlie said. “I’m sure she’s picked up a thing or two over the years.” 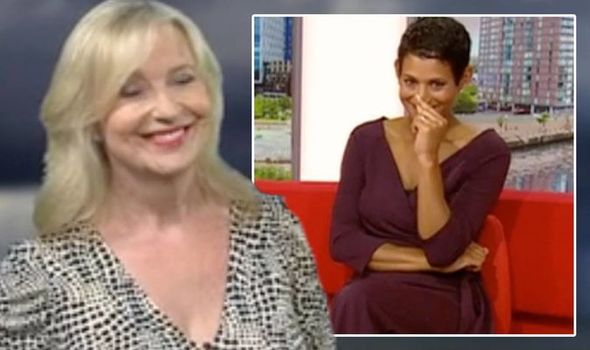 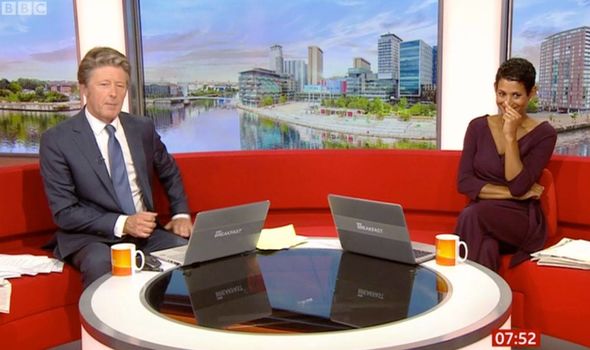 Charlie then probed whether Carol knew how to serve a ball, retierating: “You know your stuff don’t you, Carol?”

However, Carol downplayed her tennis abilities, instead expressing her desire to see colleagues Mike and Charlie face off against one another.

Shortly after, Carol shared the latest on the weather but as she cut back to Charlie and Naga, she inadvertently let out a cheeky remark.

“Unsetlled even into next week, Charlie and Naga,” Carol signed off. “Won’t be playing much tennis.” 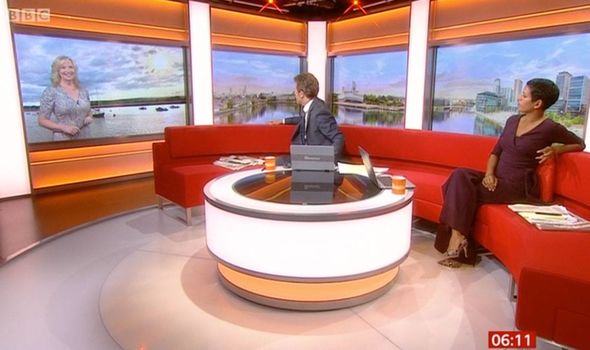 “Not much tennis, did you say?” Naga probed.

Carol’s response left Naga in stitches as she replied: “Not much, no. The balls would be flying everywhere.”

However, it was too late as a momentary silence descended on the studio, followed by Naga who burst out laughing.

The camera returned to Charlie and Naga as the latter could be saying hold her hand to her mouth to try and stifle her laughter.

Charlie then stepped in to try and bring the show back on track.

Naga quickly regained composure as she and Charlie moved on with the programme, but it didn’t stop viewers at home seeing the funny side of the innuendo either.

Taking to Twitter, one fan penned: “Absolute belter this morning from @carolkirkwood on #BBCBreakfast and Naga loved it #Balls”

“Well-recovered by Naga on @bbcbreakfast there after Carol, talking about the wind, casually said “Their balls will be blowing everywhere.'” said a second.

A third weighed in: “‘The balls will be blowing everywhere … tennis balls.’ @carolkirkwood might have got away with it too, were it not for Naga.”

“Good old @TVNaga01 having a chuckle at blowing balls on @BBCBreakfast just now,” tweeted a fourth.

BBC Breakfast airs weekdays at 6am on BBC One.