BBC Breakfast: Dan is mocked by Louise and Carol

Kicking off BBC Breakfast earlier this week, Louise Minchin was joined by Jon Kay rather than regular co-host Dan Walker. Dan had taken time off from presenting the flagship BBC morning news show to record different segments elsewhere for future editions of the programme. However, his absence became a talking point on Wednesday morning, resulting in some tongue-in-cheek questioning from weather reporter, Carol Kirkwood.

The question marks over Dan’s absence came when Louise brought up a conversation she’d had with Jon on Monday.

“We mentioned this at the beginning of the week, didn’t we?” Louise said to Dan as she teed up a segment on Wednesday’s episode.

“I wasn’t on on Monday,” Dan replied, prompting a red-faced Louise to apologise and joke: “Oh, sorry. I was here.”

Dan began to defend his absence after Louise’s slip-up: “I was working. Obviously, it was such a memorable moment, Louise.” 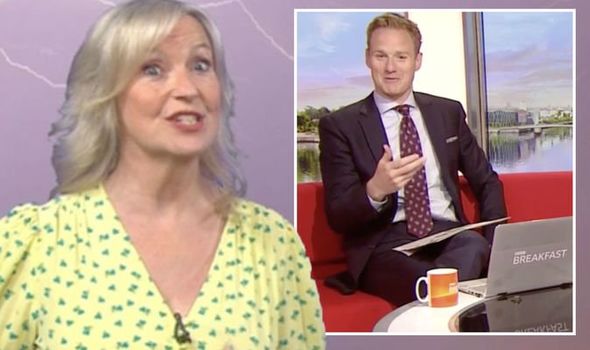 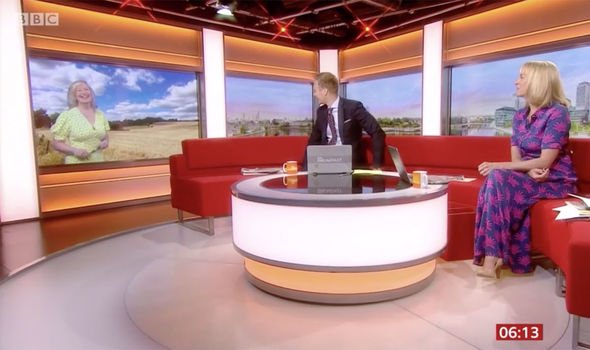 Regaining composure, Louise continued: “We were talking – me and Jon – about the famous vanishing bikini worn by Dame Barbara Windsor in the film Carry On Camping, you may be aware of it.”

“I am aware of that, yes,” Dan said as Louise revealed: “It has been sold for about 10 times more than its original estimate.

“It went under the hammer at auction for £9,500 and all the proceeds go to Alzheimer’s Society in memory of Dame Barbara who died last year aged 83.”

BBC viewers then saw a clip on-screen of Barbara in Carry On Camping and the scene which made the clothing item so famous. 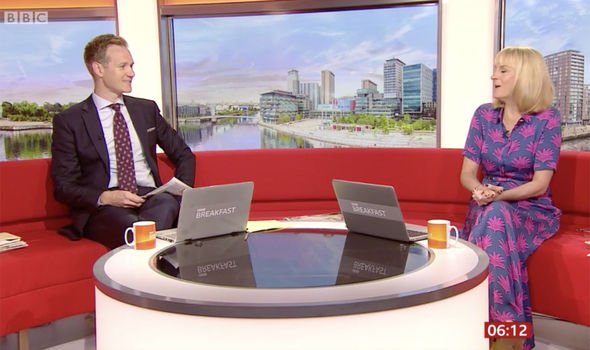 As the cameras returned to the studio, Louise spotted the perfect chance to mock Dan further about his absence.

“I enjoyed that so much, I forgot you weren’t here,” she teased.

Dan let out a laugh as he joined in: “I’ll have to get in contact with Jon, see if he remembers Monday at all.”

The pair then cut to Carol for the latest weather report but Dan was keen to reiterate he hadn’t merely taken Monday off.

“She was here, I’m sure she was here,” Louise said as Carol agreed: “I was here!”

Dan quickly interrupted to defend himself: “By the way, I wasn’t on holiday!

“I was actually working for this programme for next week so…”

But Carol was jokingly unconvinced as she mocked his absence: “So you say, Dan. So you say.”

Dan took the whole thing in jest as Carol quickly moved on with the latest weather news.

With the news care home workers are set to face compulsory vaccines, Louise was keen to hear more from the MP.

However, with Ms Truss refusing to comment further, viewers were left rather irked by the entire interview.

BBC Breakfast airs daily at 6am on BBC One.