Christopher Walken to Star on Amazon, BBC Series 'The Offenders' From Stephen Merchant 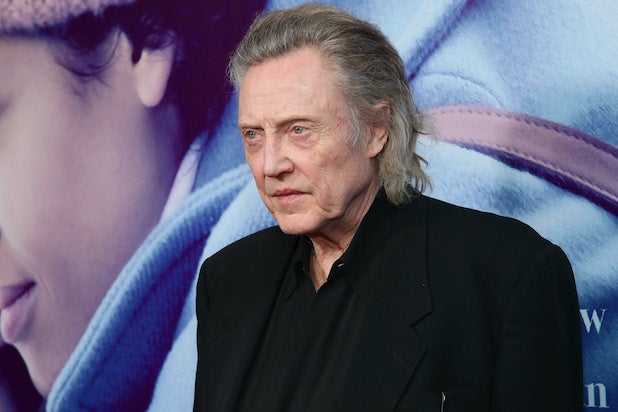 Christopher Walken is set to star on “The Offenders,” an Amazon Prime Video and BBC series from Stephen Merchant and “Mayans M.C.” co-creator Elgin James.

The six-part show follows seven strangers who are forced together to complete a Community Payback sentence in Bristol, with Walken starring alongside Merchant, Rhianne Barreto, Gamba Cole, Darren Boyd, Clare Perkins and Eleanor Tomlinson, according to Deadline, which first reported the news of Walken’s casting in “The Offenders.”

The drama, which first began filming in the spring but was delayed due to the coronavirus pandemic, centers on the group who becomes involved with a dangerous criminal gang.

Per the show’s description, “At first, the Offenders seem like archetypes easy to pigeonhole, but gradually we see behind their façades, understand their hidden depths and what made them the people they are today. We are reminded that no one is all good or all bad. Everyone has a story.”

Academy-Award winner Walken has been cast in the leading role of Frank, “an inveterate scoundrel trying to reconnect with his family.”

“The Offenders” is an Amazon-BBC co-production that hails from Big Talk, part of ITV Studios, and Merchant’s Four Eyes production banner.

Representatives for Amazon and Walken did not immediately respond to TheWrap’s request for comment.