One of Coronation Street’s more unusual scenes had viewers shifting uneasily last week, as five locals crammed into the hot tub in Sally Metcalfe’s (Sally Dynevor) back garden. The twist was that Tracy (Kate Ford) was sharing it with partner Steve (Simon Gregson) and Paula (Stirling Gallacher), with whom she shared a New Year’s Eve fling.

Sally hosted a hot tub bash for Steve, Tracy, Paula, and Leanne Battersby (Jane Danson), the five of them crammed in close watery proximity to one another.

It wasn’t Steve and Tracy’s intention to share it with that many people, as they found Paula already there when they went round.

Unable to back out without arousing suspicion Tracy took a dip, which turned very uncomfortable. 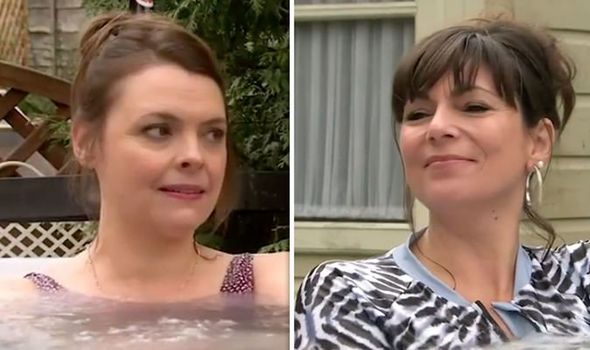 On New Year’s Eve Paula and Tracy had a fling, after Steve let Tracy down and didn’t take her to a gig.

She headed to the Rovers, where she consoled herself with a drink or nine.

By the end of the night she was back at Paula’s and woke up the next day realising she’d cheated on Steve.

This added another new low to their poor track record as a couple, as they’ve been married twice. 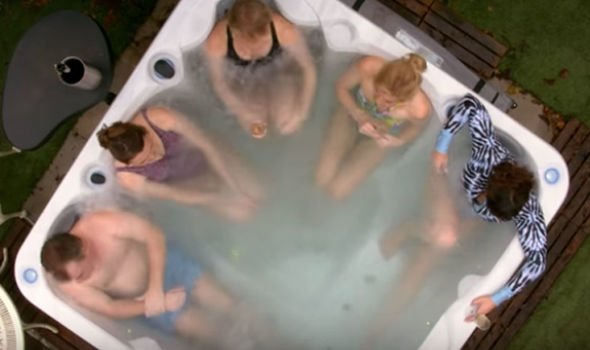 While in the hot tub Leanne enjoyed a few sly digs at Tracy, asking what she had been up to on New Year’s Eve. Tracy must have wished she was in a hot tub time machine and could go back to right her latest wrong.

Tracy was obviously unsettled by her questions and tried to answer them without causing too much of a scene for either her partner or her New Year’s Eve partner.

However, the ever-alert Steve started to clock that Tracy’s evasiveness and odd tone indicated she wasn’t telling the whole story about her night at the Rovers.

Viewers found the tension both unbearable and hilarious, sharing their unease on Twitter. 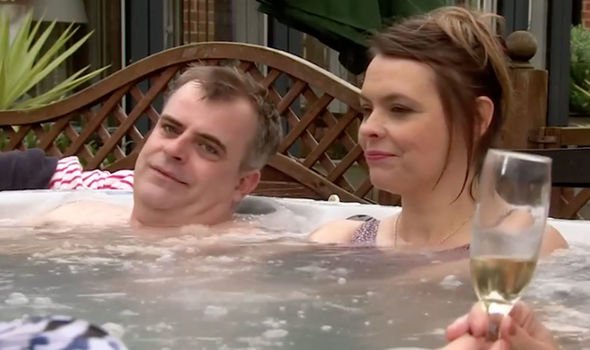 One viewer on Twitter called it: “The most awkward hot tub situation I’ve ever seen this is amazing.”

The awkwardness for another was impossible to ignore without commenting: “Such an awkward hot tub party.”

There was another aspect of the hot tub party which viewers found odd, too.

Paula’s choice of swimwear baffled some, as it appeared to be more like a tracksuit.

One viewer asked on Twitter: “What the hell is Paula wearing? Looks like she couldn’t even be bothered to get dressed into a swimming costume.”

While another viewer wondered if Paula was a hipster taking an old trend to a new dimension: “Why has Paula got a shell suit on in the hot tub?”

Coronation Street continues on ITV on Monday at 7.30pm.