In tonight’s Coronation Street double bill, Mary Cole (Patti Clare) made a shock discovery at No3.

She saw that the front door was wide open, so went in to investigate with colleague and confidant Tracy McDonald (Kate Ford).

Inside, they discovered long-lost character Freda Burgess (Ali Briggs), who was last seen on the soap in 2010.

In February this year, news got back to Weatherfield that Norris was wanting to sell the Kabin to go travelling with Emily and Freda.

And in tonight’s episodes, Freda had some more bad news for Mary – he was selling the house too.

She explained that Norris was enjoying a silent retreat in Shepton Mallett, which didn’t ring true with Mary or Tracy.

Freda went on: “That’s why he’s selling the house. He’s ready to start a new life.”

However a shocked Mary replied: “He definitely would’ve spoke to me about it, I’m his wife.”

But Freda had an answer for that too, saying: “He wants a divorce. 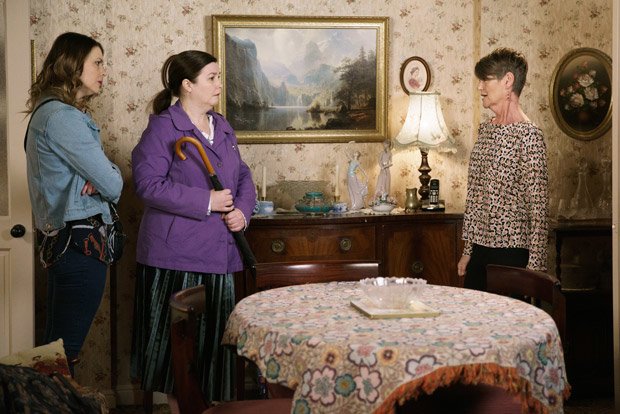 “I think you should go now. I’ve got lots of things to do. I’ve got to clean up for the estate agent, Norris has made things very clear.”

Next week, Mary fumes when she sees Freda showing an estate agent around No3, still having not heard from Norris.

Tracy suggests Freda might have killed him, and Mary then turns hysterical when she finds an urn.

But her worst fears are proved false Norris soon gets out of a car, who tells Mary that he and Freda are engaged. 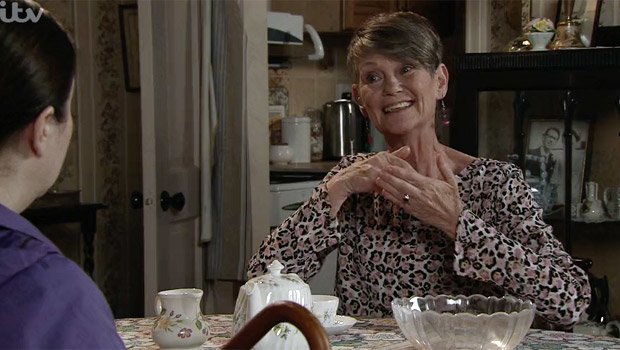 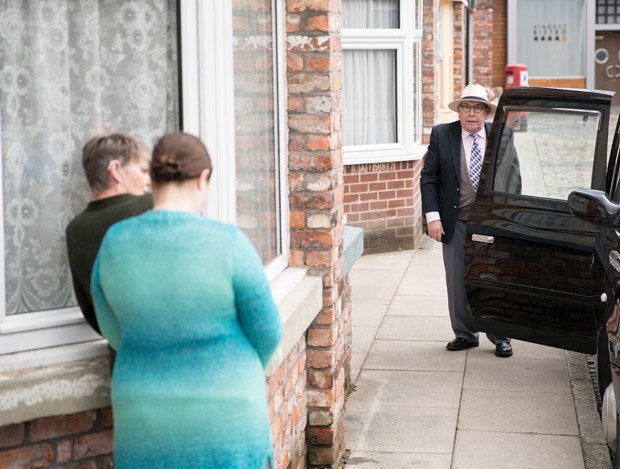 Mary begins to accuse Freda of being a gold digger and refuses to give Norris a divorce to try and protect him.

Things take a turn though when Mary discovers that Norris had been hiding the truth about her former lover Brendan Finch (Ted Robbins).

In other Corrie news, Lucy Fallon became the seventh person to reveal they were quitting the soap this week, in a major blow.

Coronation Street continues Monday at 7.30pm and 8.30pm on ITV.