Gail (played by Helen Worth) is about to take centre stage in a brand new storyline on Coronation Street as she digs a little deeper into her past. Ever since the character first appeared on the ITV soap in 1974, it was written she was the daughter of fellow stalwart Audrey (Sue Nicholls) but the pair have had a very turbulent relationship over the years. When the hairdresser’s daughter makes a discovery about her family and their history on the cobbles in upcoming scenes, however, could the great-grandmother be forced to explain she didn’t actually give birth to Gail?

The drama kicks off next week when the Platt matriarch comes across a box of family photos from the Underworld Factory.

One image captures her attention more than any other as it falls to the floor and she discovers the woman in the snapshot is called Fanny.

This leads the grandmother to do some digging on a genealogy site to try and understand who the person is in relation to the cobbles.

Confiding in her son Nick Tilsley (Ben Price), Gail explains Fanny is indeed her great-great-grandmother, leaving her shocked to the core.

Having been contacted by a stranger called Top Hat who also claims to be related to the woman in the picture, the soap stalwart is left questioning who she really is. 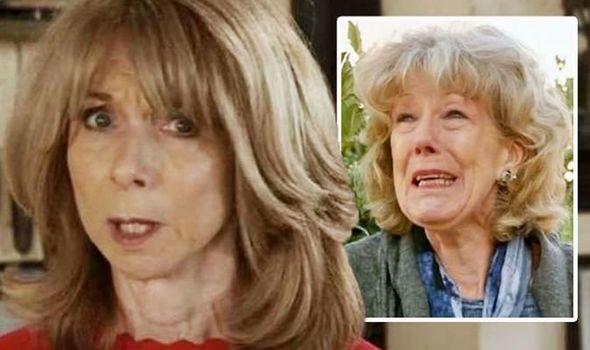 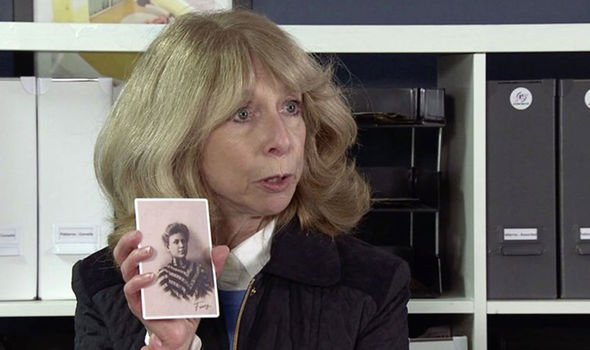 When Gail arrives at the Rovers Return to meet Top Hat, she sees her mother Audrey sat with newcomer and funeral director, George Shuttleworth (Tony Maudsley).

Having known his father, Archie Shuttleworth (Roy Hudd), the hairdresser is pleased to meet a relative of her former love interest.

It soon emerges the undertaker is the person Gail has been speaking to online, meaning the two characters are related.

As the pair speak face-to-face, they’re delighted to discover they share a set of great-great-grandparents in Fanny and Augustus Page. 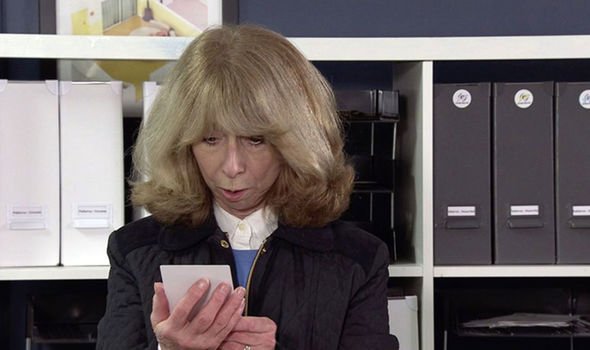 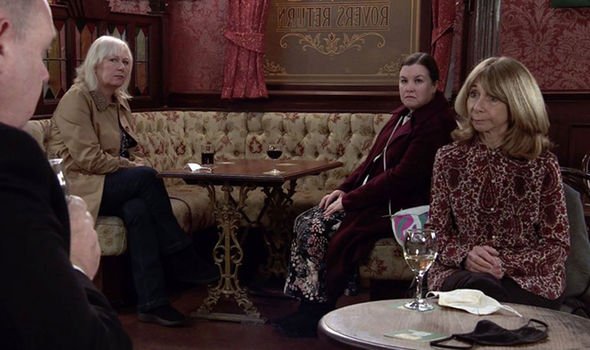 However, as Gail looks deeper into her family history, it could emerge she isn’t Audrey’s daughter as she has led to believe.

Instead, she could be the illegitimate child of an affair her father Ted Page (Michael Byrne) with George’s mother.

Desperately wanting a baby and having also had a dalliance with Ted – who didn’t realise he had got someone pregnant – the hairdresser could have made a deal with the undertaker’s mother.

She could have agreed to raise Gail as her own and keep her as far away from her birth-family as possible to avoid any difficult questions.

I look forward to it

Now Gail has been finally discovered she is related to George, Audrey could be forced to reveal the pair are siblings.

Will her relationship with her daughter be changed forever as the dark secrets from her past are brought to the surface?

The actress who plays the soap stalwart, Helen, 70, previously teased her character would be sharing more scenes with her long-lost relative.

Speaking last year about the newcomer’s introduction to the show, the soap star said it was possible he was going to be a love interest for Gail and this would develop a new rivalry with Eileen Grimshaw (Sue Cleaver).

“I haven’t even met George Shuttleworth yet but of course I look forward to it,” Helen told ITV’s This Morning.

“Gail will be green with envy yet again, how they will do a catfight I am interested to know, maybe dummies?”

Eileen does get jealous when she sees Gail talking to George in the Rovers, not realising they are actually related.

The rivals wind each other up and are soon exchanging insults but can the undertaker get them to call a truce?