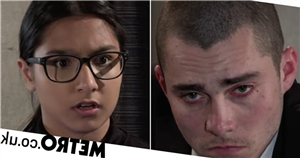 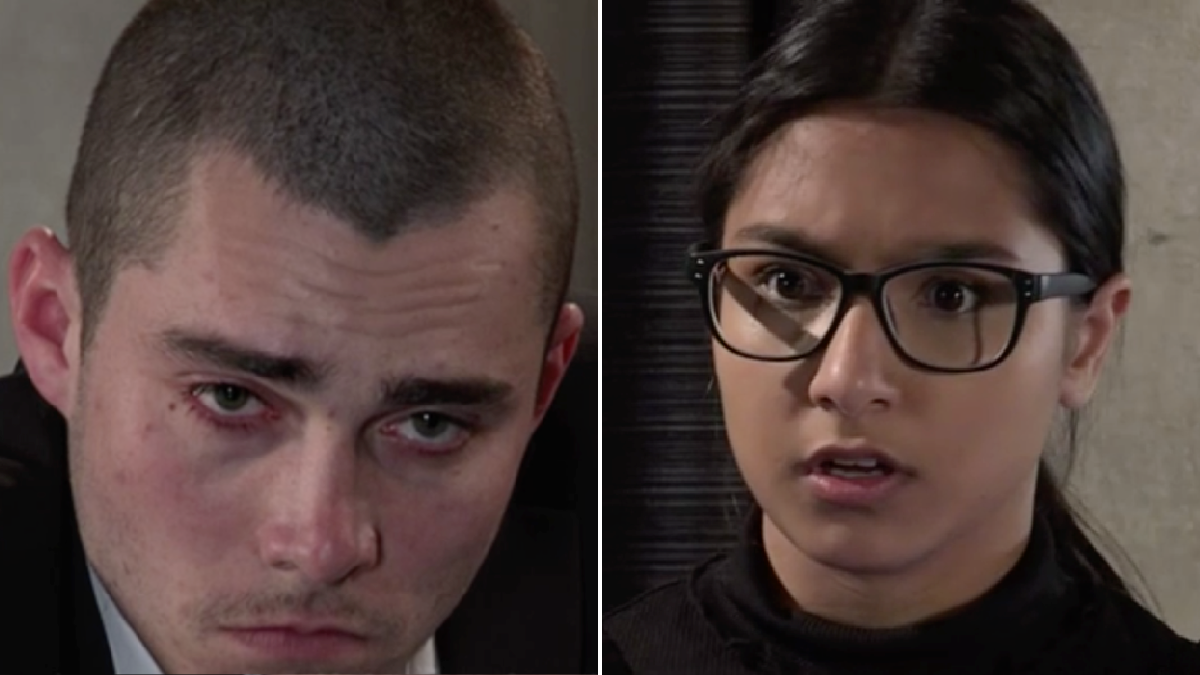 Corey, however, caught her red-handed!

The ITV soap is in the midst of its thrilling week of late-night specials, and – following Sharon Bentley’s (Tracie Bennett) true motives being exposed – the focus tonight (June 4) shifted to Asha’s plan to expose Corey.

The young man showed up to feign remorse and offer his condolences, but when Abi (Sally Carman) overheard him laughing on his phone to his mates, she decided to seek revenge.

Picking up a broken bottle, the grieving mum pursued Corey, but Asha – having spotted her from across the street – successfully talked her out of her revenge mission, reminding her that Seb wouldn’t want her behind bars.

In scenes which again took place off-screen, Asha and Abi concocted a plan together, as the latter purchased drugs, and gave them to the former.

Asha used said drugs in Corey’s drink, as she persuaded him to join her in their flat, disguising her plan as an evening of passion.

With the drugs having taken effect, Corey was spark out on the sofa, allowing Asha the time necessary to go through his phone – desperately searching for any evidence that might tie him to Seb’s murder.

Abi, meanwhile, waited outside the flat, but when an inquisitive Nina Lucas (Mollie Gallagher) started asking questions, she was forced to reveal all about Asha’s plan.

Nina was having none of it, fearing that Asha was in danger, and therefore they set off to rescue her.

And little did they know that Asha was absolutely in need of rescuing, as Corey woke from his slumber to find her going through his phone.

Will the killer claim yet another life? Or will Asha find the evidence she needs to get him put behind bars?