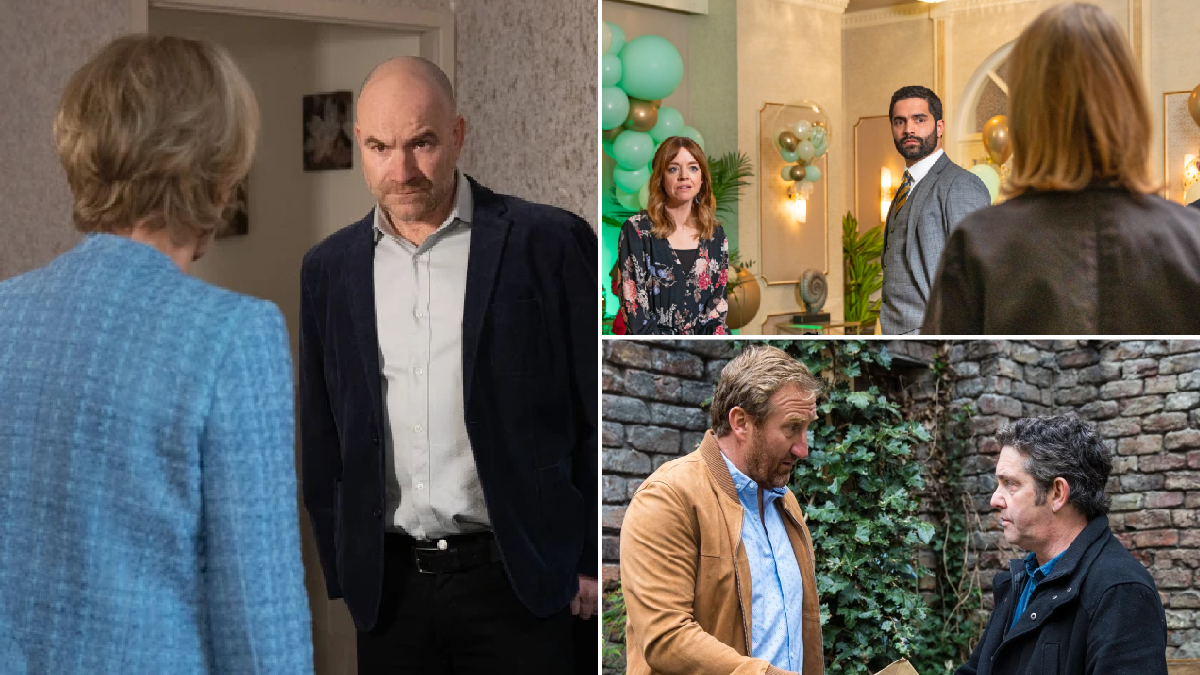 Another major week lies ahead for the Coronation Street residents, with a number of shocks in store.

Abi Webster (Sally Carman) crashes Alfie’s naming day celebrations, and grabs the first opportunity she can to take some pictures of her son. Afterwards, she secretly meets up with Matty, an old contact.

She hands him a couple of envelopes, orders him to work his magic. Toyah Battersby (Georgia Taylor), meanwhile, lets Abi take Alfie for a walk, which horrifies Imran Habeeb (Charlie de Melo).

Elsewhere, Tim Metcalfe (Joe Duttine) buys some tickets for the charity raffle in memory of Oliver, and he wins a romantic night for two in her hotel. Sally (Sally Dynevor) packs for the evening, while Tim orders some erectile dysfunction tablets, ignoring the warning about heart conditions.

At the hotel, Tim and Sally kiss passionately, but things soon take a turn when Tim’s heart starts to pound. He subsequently confesses to Sally that he’s taken an erectile dysfunction tablet, and collapses on the bed. Horrified, Sally calls an ambulance.

Also on the street next week, Daniel Osbourne (Rob Mallard) tells Mrs Crawshaw that he doesn’t think he’s cut out for teaching, and later, he reveals that he’s decided to quit teaching.

Afterwards, he tells Nicky Wheatley (Kimberly Hart-Simpson) about how he doesn’t deserve to be a teacher. When Nicky suggests they could have a future together, how will Daniel react?

It’s all kicking off on the cobbles next week, and here’s your first look at the explosive drama to come.

Coronation Street airs these scenes w/c Monday May 16 on ITV.