Death in Paradise star Nina Wadia walked off set after refusing to film: ‘Didn’t tell us!’

Nina, 51, guest-starred in season nine of Death in Paradise as Anna Masani, the woman who ended up stealing the heart of former Detective Inspector Jack Mooney (played by Ardal O’Hanlon). The actress appeared in four episodes of the most recent season before leaving the fictional Caribbean island of Saint Marie with the police agent. However, filming on the island of Guadeloupe didn’t come without its challenges as the former BBC soap star has addressed having to leave the set at one point during her stint.

Speaking on a recent episode of Channel 4 quiz show Countdown, the actress said: “It is a dream job. You get to bathe in the sunshine and swim in the sea and the actual job is beautiful.

“It’s fantastic and actors fight over getting this job because it means you’re looking at something you don’t usually get to look at and you’re getting paid to look at it.

“You do a little bit of acting in-between everything else,” she continued, before addressing one thing BBC bosses forgot to tell her.

“What they don’t tell you about is Scolopendras. They are the most hideous creatures. They can grow up to almost a metre long.

“They look like centipedes with scorpion front bits and they’re really Jurassic,” she explained, before recalling how she refused to film after an encounter with one of the creatures. 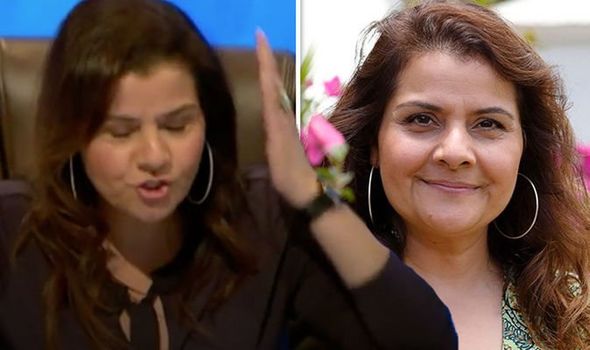 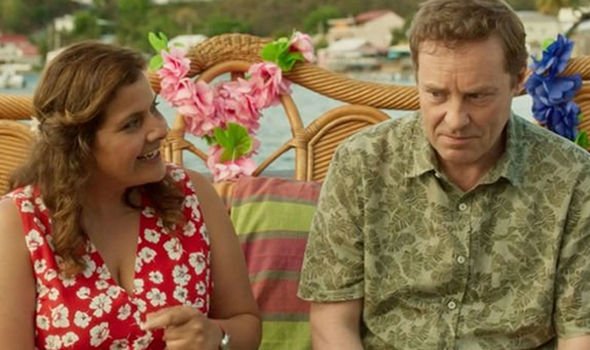 “I had the misfortune of one running over my foot at one point during filming and it took me a while to get back onto the set,” Nina added.

Explaining her fears of the creatures native to the Caribbean, the actress said: “They can bite. They can sting you very badly and you have to be taken to hospital.

“I also wasn’t expecting the occasional flying cockroach in my bedroom,” she continued before talking about crabs also being present during the cast’s evening meals.

Executive Producer Tim Key has offered a very different perspective on the scolopendras that litter the set. 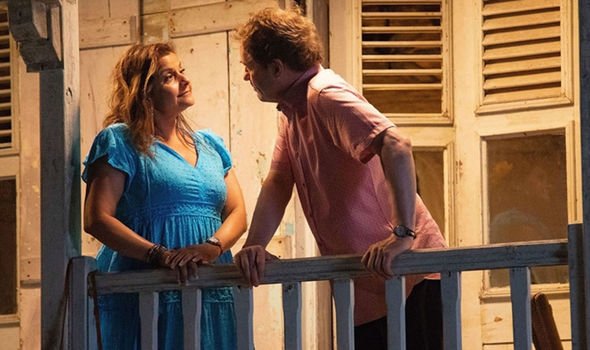 Took me a while to get back onto the set

The show boss has previously said: “They are unpleasant but they’re not dangerous – there’s nothing there that is really dangerous.

“Scolopendras are like a really bad bee sting – they really are unpleasant!” he added, agreeing with Nina’s sentiments.

“Someone got stung by a tiny one and he said it was the most painful one he’d ever had,” the executive producer told Hello! Magazine.

Having made an exit from the show earlier this year, it is unlikely Nina will be back on screens for the programme’s 10th anniversary.

For season 10, a number of past characters are returning to Saint Marie but it has not been revealed whether Jack will be amongst them.

If he doesn’t make a comeback, there is no reason for Anna to reappear as she has no links to the crime-solving crew in Guadeloupe.

However, one person who will be returning is actor Ben Miller, 54, whose character DI Richard Poole was killed off during season three of the BBC drama.

It’s not been revealed how the deceased detective will resurface on to screens or if indeed, the former star will be playing a completely different character.

Taking to Twitter, fans have been expressing their joy at having Ben back on the show and for his character to be reunited with Camille Bordey (Sara Martins).

One viewer wrote on the social media platform: “Best news ever I can’t rewatch his last episode as it upsets me so much.”

Whilst a second commented: “With all these previous characters coming back, it’s starting to feel a little like a possible swan song season. I really hope not though.”

“That looks suspiciously like a final scene for a series ever. Got me worried now. Also please keep some surprises, too many big ones being given away,” a third remarked.

Death in Paradise returns early next year on BBC One.