‘Doctor Who’ actor David Tennant starred as mass murderer Dennis Nilson in the first episode of TV adaptation ‘Des’ last night. The ITV show, which also features Daniel Mays and Jason Watkins, will air its final two episodes tonight and Wednesday (Sept 16). The serial killer strangled to death at least 15 young men and boys in London between 1978 and 1983. Nilsen was dubbed the ‘Muswell Hill Murderer’, after the area one of the London flats was located in. During the sick spree across two locations, he burned, boiled and butchered his victims – some of the remains were discovered in a garden and others flushed down the toilet. Throughout police interviews, the civil servant expressed no remorse for those he killed – all apart from one death, which he confessed guilt to in a candid note.

The Scottish serial killer was sentenced to life imprisonment for the six counts of murder and two attempted murders in 1983.

He died two years ago at the age of 72 after complications related to a blood clot, which reportedly left him in “excruciating pain for hours” before he passed.

During his time in prison, he boasted about access to moonshine-style alcohol manufactured by inmates and drugs they had managed to get a hold of, in a letter to a former Army pal.

In the note Nilsen wrote: “The devil makes work for idle thirsts. But given the choice between booze and cannabis, I go for ganja (marijuana) every time.

“The hooch brewers never give up… As soon as one cache is discovered by the screws another is already on the brew.”

Nilsen also told of his pet, a budgie named Hamish, who over nine years had started to sing “There’s no business like blow business”.

The song was believed to have been a prison-inspired parody of the 1946 ‘Annie Get Your Gun’ musical hit, with a twist that related to drugs. 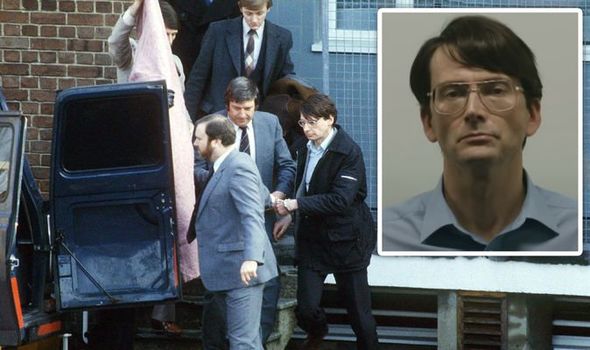 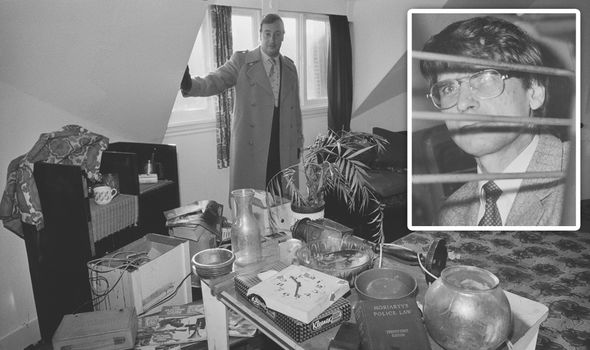 He wrote: “After nine years he started on the final chorus of ‘there’s no business like blow business’ before falling off his perch.”

In the letter published by the Daily Mirror in 2005, Nilsen added: “I’ve felt guilty about passive smoking ever since.”

An admission like this was rare from the killer, who freely admitted his crimes without ever expressing emotion for what he had done.

Brian Masters, played by Jason Watkins in the TV adaptation, spent four years interviewing Nilsen and wrote the 1985 book ‘Killing for Company: The Story of a Man Addicted to Murder’.

He said: “Nilsen was efficient, he couldn’t relate to a person emotionally but could relate to a corpse as something that had to be disposed of.

“It was a problem that had to be solved that’s much easier than dealing with people and their emotions.”

The remarks were made in the 2020 Real Crime documentary: ‘Muswell Hill Murderer: Was Dennis Nilsen Born to Kill?’ 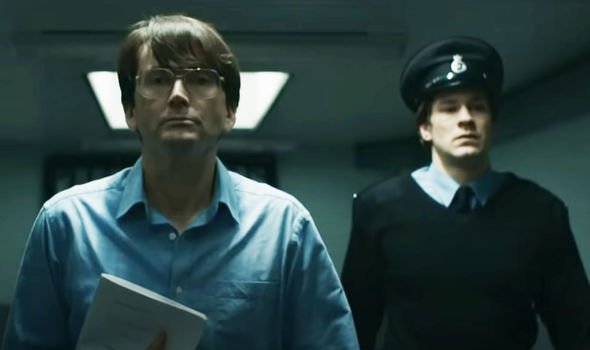 It detailed how the killer would bathe and dress his victims, once they had been killed and would leave them propped in a chair to talk to before he had to dispose of them due to their smell.

In his apartment on Melrose Avenue, where some of the remains of 12 victims were discovered after he had burned them in a bonfire – which chillingly, children danced around unaware of what was on fire.

Multiple bodies were believed to have been kept under the floorboards and in other hiding places around the house before he got rid of them.

But in the top floor flat of his second address there was no space to store bodies and so he took to more drastic methods to dispose of them.

Forensic psychiatrist Dr Helen Morrison explained: “He would boil their skulls to get all the flesh off and then he would chop them up into little bits.

“To him the people who were just about the same and equivalent to the meat he was chopping in the Army. 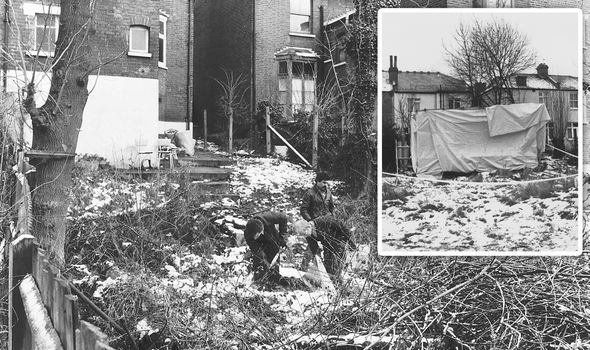 “They had absolutely no reason or meaning emotionally to him, it was just something he did.”

It was this that led to his apprehension, after neighbours complained of blockages and a bad smell and a plumber was called out.

He discovered decomposing flesh and bones in the drains below the flat, which he had flushed down the toilet and tracked back to the top floor apartment.

Police quizzed him about his drains and then-Chief Inspector Peter Jay claimed that Nilsen gave “a little smile” as he initially tried to cover-up the killings.

He reported smelling “decomposing flesh” in his apartment and when told they were investigating the gruesome discovery in the sewers, Nilsen said: “Oh my god, how awful!”

Mr Jay recalled: “I just got a little bit closer to him, face to face, looked him straight in the eyes and said ‘Don’t mess me around where’s the rest of the body?’

“And he just paused momentarily and said, ‘In plastic bags in the other room.’”