'Doctor Who': Questions We Have About The Season 12 Finale

[Spoiler alert: The following contains major spoilers for Doctor Who Season 12 Episodes 9 and 10.]

How did the Master escape from the Kasaavin’s realm before the ‘Doctor Who’ season 12 finale?

A Masterful two-part opener of Series 12! What were your favourite moments?🗼👞🃏🏍 #DoctorWho

During season 12 episodes 1 and 2 of Doctor Who, the Master works with an alien species called the Kasaavin. They are from another realm, and appear in this universe as beings of light in a vaguely human shape. One of the Kasaavin tells the Doctor that the human-like shape amuses them. While they are working with the Master and a human named Daniel Barton to try to take over the universe, the Kasaavin end up turning on the Master.

They turn on him because the Doctor reveals that he is just using them as a means to an end. The Kasaavin then trap the Master in their dimension. Later, the Doctor speculates that the Master probably escaped from the Kasaavin and it turns out she was right. That leads us to wonder: How did he do it?

The Master definitely has a certain kind of genius. He would probably be able to maneuver his way out of many tricky situations, especially when he has an evil plan up his sleeve. And perhaps that’s the only explanation we need.

Where is the Thirteenth Doctor really from in ‘Doctor Who’? 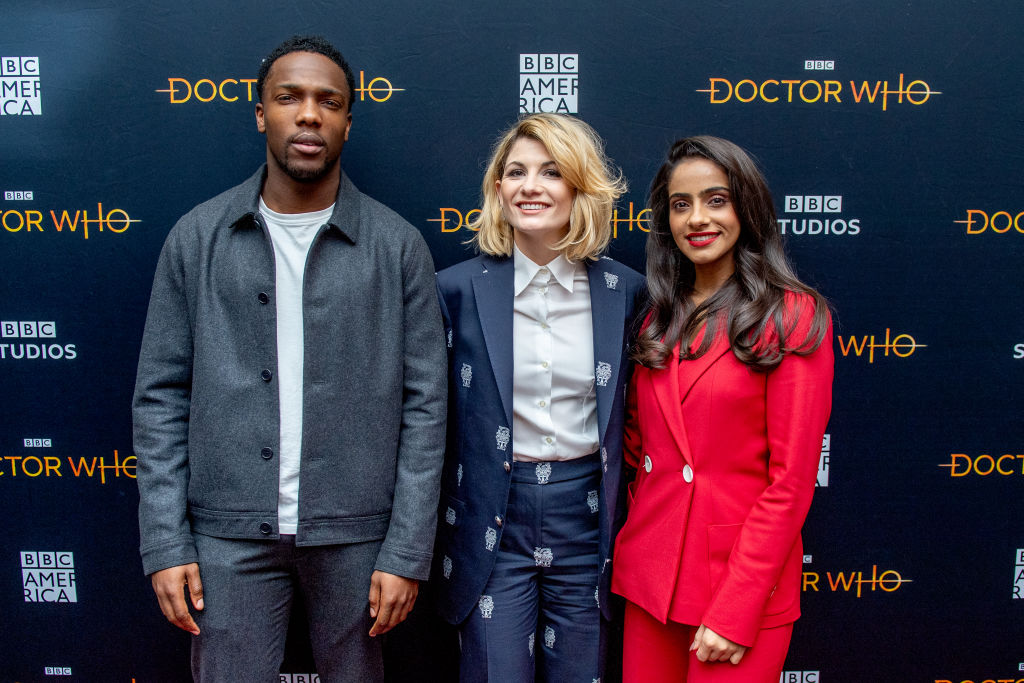 During the second part of the season 12 finale of Doctor Who, “The Timeless Children,” it is revealed that the Doctor is in fact the Timeless Child. She is a child who was found by a native Gallifreyan named Tecteun. Tecteun liked to explore the universe and on a deserted planet, she found a child. She took the child back to Gallifrey with her.

One day, the girl was playing with a friend and she fell off of a cliff. This tragic event was the start of something as the young girl didn’t die, but regenerated. The Timeless Child was the first to regenerate on Gallifrey. Tecteun then began to study the child, wanting to find the secret to regeneration.

Lies are exposed, truths are revealed. And for the Doctor, nothing will ever be the same. 👀 #DoctorWho

After a lot of experimenting, and a few of the child’s regenerations, Tecteun thought she’d cracked the code of regeneration. So she tested it on herself, and regenerated into a male form. Tecteun then lead his people into a new era and gave all of those in the Citadel of Gallifrey — now named Time Lords — the ability to regenerate. The Timeless Child eventually must have become a child once again and grew up to be the Doctor.

This all means that the Doctor is not actually from Gallifrey, though she did grow up there. So where is she from? This question is harder to answer. It’s possible that the Doctor is from the deserted planet where Tecteun found the child, though it’s more likely that she’s from somewhere else.

Since there is a boundary, a gateway to another place, just above where the child was found, it’s probable that the Doctor is really from somewhere beyond that boundary.

How did the Judoon get into the Thirteenth Doctor’s TARDIS during the season 12 finale of ‘Doctor Who’?

The Judoon are alien police for hire, who are contracted to find alien fugitives. During season 12 episode 5 of Doctor Who, “Fugitive of the Judoon,” they arrive in Gloucester looking for one such fugitive. Their search leads them to the home of Ruth Clayton and her husband Lee. The Thirteenth Doctor tries to help Ruth, who ends up being an unknown incarnation of the Doctor.

After both Doctors escape from the Judoon, they still want to fulfill their contract. So, at the end of “The Timeless Children,” the Judoon appear in the Thirteenth Doctor’s TARDIS and sentence her to life in prison. But how did they get in the supposedly impregnable TARDIS in the first place? IGN suggests that the TARDIS might have let the Judoon in on purpose, knowing that the Doctor needs to get involved in some kind of adventure away from her sentient space and time ship.

We would also suggest that since the Judoon turned out to be working with Time Lords to find the Doctor in “Fugitive of the Judoon,” the Time Lords might have at one point lowered the defenses to the Doctor’s TARDIS themselves. They also could have shown the Judoon how to do so.