TLC’s Doubling Down With the Derricos follows Deon and Karen Derrico, the parents of 14 children. Karen and Deon share their lives with viewers via reality TV, and they’ve taken a few hits financially through the years. Here’s more information about Karen and Deon Derrico’s alleged financial troubles.

What does Deon Derrico do for a living? He’s faced criminal charges in his job

Aside from filming Doubling Down With the Derricos, what does Deon Derrico do for a living to keep his family afloat? Karen Derrico is a stay-at-home mom, while Deon invests in real estate. Distractify notes he restores properties to flip them, but it hasn’t always been smooth sailing. The Las Vegas Review-Journal reports Deon fell into legal trouble with a property.

According to the publication, Deon was charged with several felonies and gross misdemeanor accounts in 2014 for allegedly forging homeowners’ signatures to purchase and rent out abandoned homes and make a profit. In 2018, he was found not guilty of the crimes after a deadlocked jury.

“Something that has this kind of chokehold on my life for so long, it’s just gone,” Deon stated. “I have seven boys that I’m teaching to become men. I have four girls. I’m raising them for the outside world.”

“This was a very teachable four and a half years,” Karen said. “I want my family to be a poster family. We now understand that freedom is important. We want to educate other families out there.” 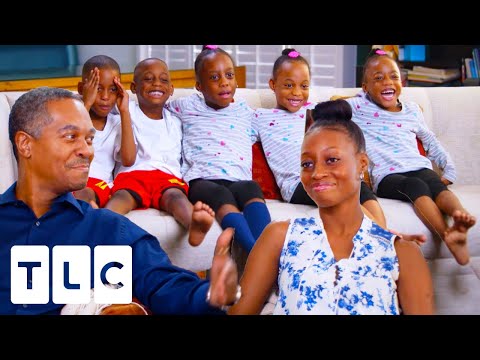 While Deon Derrico seems to have made a good profit flipping homes, the Doubling Down With the Derricos family has had their fair share of financial woes. According to The Sun, the Las Vegas home featured in the TLC series went into foreclosure in August 2021. Additionally, the couple allegedly filed for bankruptcy five times.

The Sun reports Deon filed a petition before the foreclosure, according to court papers. The petition was to “remedy of last resort for the homeowner to avoid foreclosure and loss of his/her home” via a process that involved the lender and the owner negotiating the terms. While both parties received a mediator, they couldn’t agree. The petition was dismissed. The Sun then reported the home was scheduled for an auction sale on Sept. 1, 2021, but it failed to sell.

Aside from the multiple bankruptcies and home foreclosure, the Derricos ran into trouble due to student loans. The Sun reports Student Loan Solutions, LLC, sued Deon and Karen Derrico on July 27, 2021. The company sued the couple for $10,000-$15,000. Their crime? They allegedly had student loans they failed to pay back during the house foreclosure. This situation appears to be ongoing.

With the success of Doubling Down With the Derricos, it’s tough to say for sure where the Derricos stand with their finances now. They certainly have a proven fan base via TLC, and according to Distractify, Deon has a net worth of around $6 million despite all of the family’s previous troubles.