The soap star, 19, took to her Instagram Stories yesterday to pose for the glowing snap with her sibling. 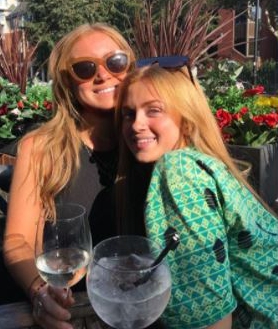 In the post, the pair could be seen enjoying a beverage on a sun-soaked rooftop with fresh-faced Maisie donning a green-printed top and sunglasses on top of her head.

Following her sister's fashionable lead, Scarlett, who has a degree in TV production, smiled while wearing a black bodysuit and kooky shades for the shot captioned: "sister love".

It's not the first time the actress has introduced her social media fans to her family having created a hilarious TikTok video with her mum earlier this month.

The TV star was pleasantly surprised when she opened the door to her 'mumager' Julie lip syncing along to the most well-known song from the 1997 classic. 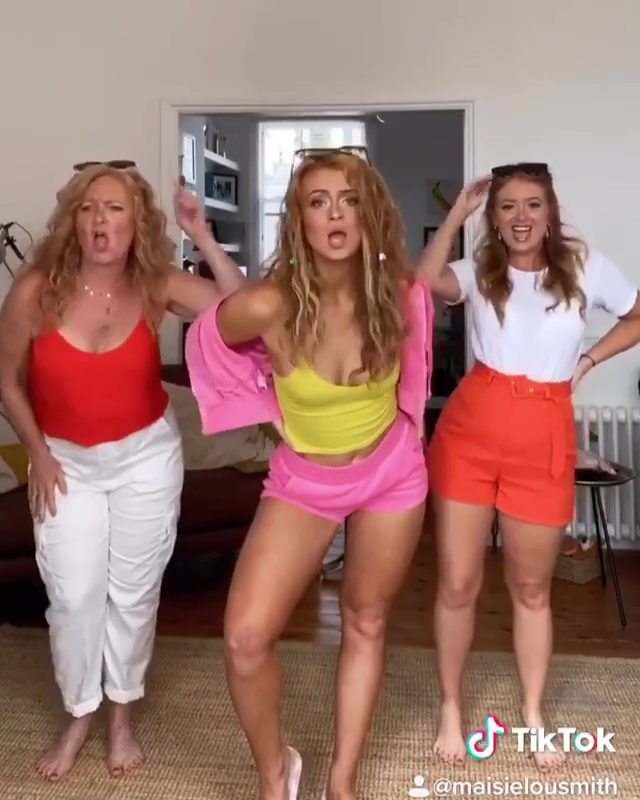 The EastEnders star – who plays Tiffany Butcher in the BBC soap – stepped back inside the house with her mum eagerly awaiting her reaction.

When the actress finally realised what was going on, she gave it her all as she lip synched along to the words of Celine Dion's classic, My Heart Will Go On.

Julie captioned the post: "Always ready to perform," alongside a laughing face emoji.

The song was used as part of the soundtrack of 1997 movie, The Titanic, with Leonard DiCaprio and Kate Winslet as the protagonists. 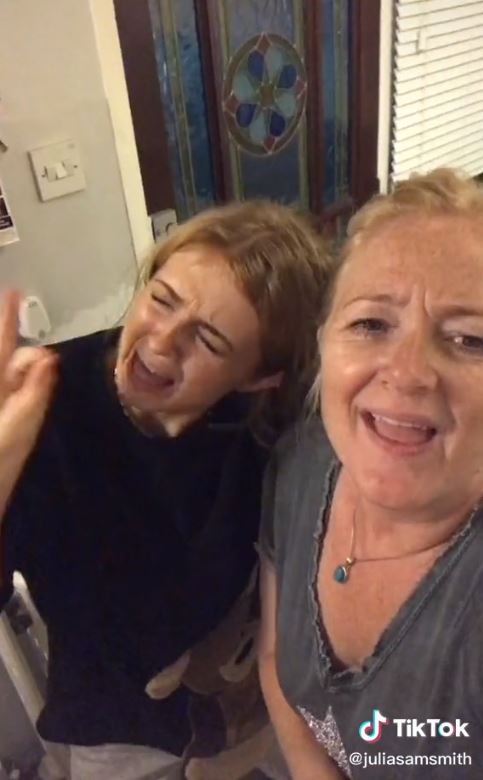 The popular tune was played at the end credits of blockbuster, symbolising that Jack and Rose will meet again some day.

This isn't the first time that Maisie and her mum have joined forces to create some hilarious content.

Last month the star insisted that Julie is a better dancer than her as they performed another fun routine on TikTok.

Over the past year, Maisie has been entertaining fans with her TikTok videos and has become quite the sensation. 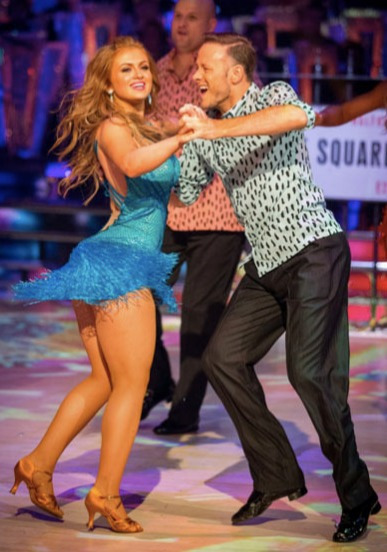 But now she's going to start a different type of dance training in her spare time now as it was recently confirmed that she is in the line-up for this years Strictly Come Dancing.

The Sun exclusively revealed that Strictly’s male professionals are jostling to be partnered with the actress — as she is the favourite to win the show.

The competition has been heating up between the pros, who are self-isolating at a hotel in Elstree, Herts.

The cast, including Neil Jones, Aljaz Skorjanec and Giovanni Pernice, are said to be all lobbying the show’s producers in a bid to be paired with her.

Maisie won the show’s Children in Need special alongside former Strictly star Kevin Clifton in 2019 — making her a hot tip to lift the glitterball trophy in this year’s series.

The pro dancers also appreciate she comes with a ready-made large fanbase owing to her EastEnders role.