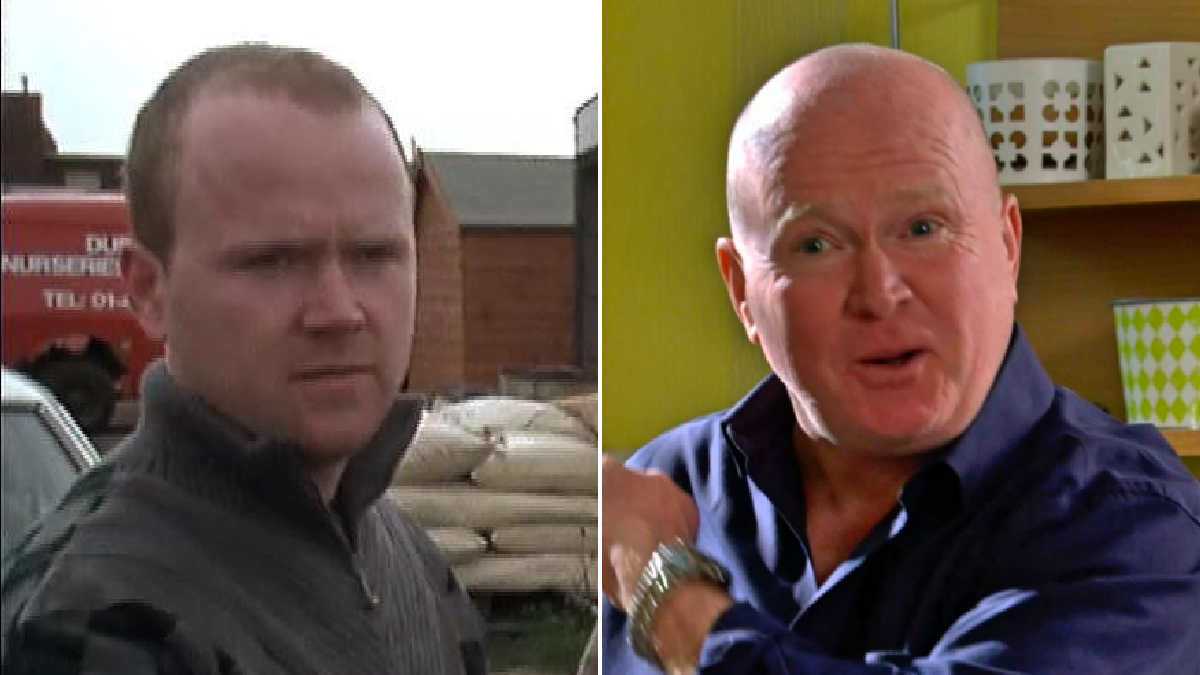 Steve McFadden has entertained the nation for over three decades as legendary EastEnders hard-man Phil Mitchell.

Having appeared regularly on our screens in the long-running soap since 1990, the actor has become so synonymous with Phil that it’s hard to imagine him playing any other role!

But prior to landing his most famous part, Steve did in fact make a number of appearances in other classic TV series.

The Bill, Bergerac and Screen Two are just a few that featured the soap star back in the 1980s.

His most famous pre-Enders role, however, is guest appearance in ITV’s Minder, the popular comedy-drama crime series that ran for 10 series.

Steve portrayed Mickey in the Series 7 episode It’s a Sorry Lorry Morrie, which has re-run a number of times over the years.

One year after his role in Minder, Steve would make his first appearance as Phil in EastEnders, when he and Ross Kemp, who portrayed on-screen brother Grant, rocked up in Albert Square.

Phil has been at the centre of many a huge storyline over the years, including his battle with alcoholism, and the famous mystery that saw the legend shot by a mystery assailant.

More recently, the hard-man has determined to be a good dad to son Raymond Dawkins, but with the little lad’s mum Denise Fox (Diane Parish) refusing him contact, he decided he would pursue legal action.

And when he discovered that the legal route likely wouldn’t pan out as he’d like, Phil decided that there was only one course of action: kidnap Raymond!

Relaying his plan to Kat Slater (Jessie Wallace), the icon said that Denise won’t be able to stop him from seeing Raymond if she doesn’t know where they are!

Kat, thankfully, talked some sense into her new beau, who ultimately apologised to Denise for the way he’s behaved.