Linda Carter (played by Kellie Bright) is trying her best to make amends and move forward with her life on EastEnders but things didn’t quite go to plan when she came face-to-face with her nemesis, Shelley (Maria Louis). However, Isaac Baptiste (Stevie Basaula) offered some well-needed support and viewers may begin to see sparks fly between the pair.

Mick (Danny Dyer) and Linda Carter have been coming together as a couple to move forward with their lives after the tragic boat accident.

After months of hurting her family, the landlady admitted she was an alcoholic and vowed to tackle her drinking problem.

While on the road to recovery, Linda explained to her family that she needed to apologise to all those she’d hurt.

After clashing heads with fellow school mum, Shelley, Linda decided it was time to drop Ollie Carter off at school and face her nemesis. 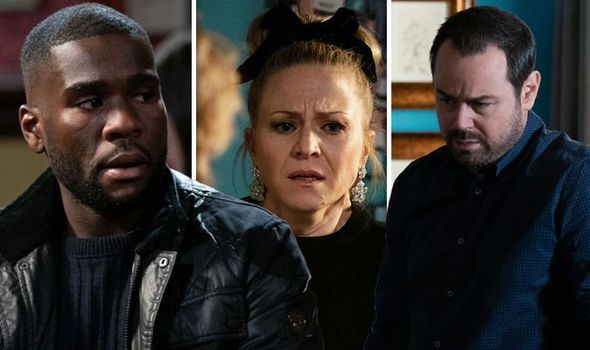 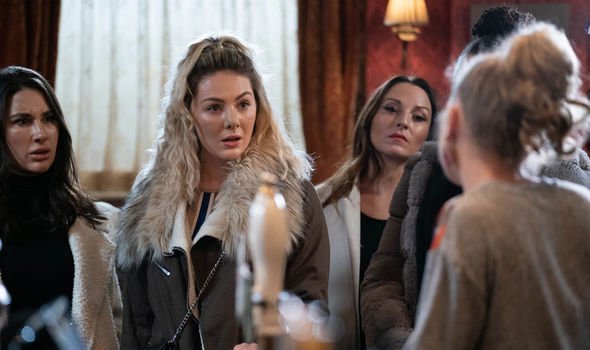 However, when she apologised, Shelley retaliated with some cruel home truths before Isaac swooped in and rescued the landlady.

Later that day, Shelley seized the opportunity to humiliate Linda by informing new teacher Isaac about the landlady’s alcohol addiction.

When she heard Isaac offer Linda the opportunity to read at her son’s school, Shelley insulted both the new teacher and the landlady.

But, Linda hit back at the school mum as she found the strength to tell her to back off and stay out of her business. 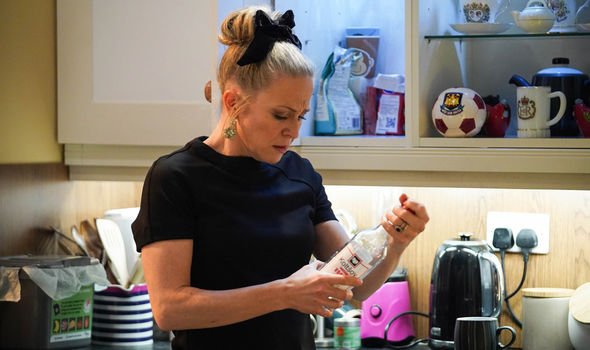 Scolding her for confronting her in such a “childish” manner, Linda said: “[You’re] desperate for a bit of drama in your boring little life.”

The confrontation led to Isaac praising Linda before admitting he had no idea she was battling a drinking problem.

“I’d offer to buy you a drink but that would make me an insensitive idiot,” Isaac remarked.

“Follow my lead, if it ever gets too much, pack up and leave,” Isaac advised.

Could this new friendship be the beginning of something romantic as Linda and Mick try and work on their marriage?

EastEnders viewers certainly think so as they flocked to Twitter to share their predictions on the future of their relationship.

One remarked: “If Linda has an affair with this Isaac fella, I will hit the roof! #EastEnders.”

“Only Mick is leaving right? Are we building up to Isaac/Linda? #EastEnders,” someone else shared.

A third tweeted: “#EastEnders Aw… It was nice to see Isaac stand up for Linda.”

“Why can I see Linda and Isaac having an affair?? I’d be hooked tbh #EastEnders,” another wrote.

EastEnders continues Monday on BBC One at 7.30pm.