Phil Mitchell (played by Steve McFadden) has become besotted with his son Raymond after learning the boy’s adoptive parents died in a tragic car accident. The EastEnders dodgy dealer has been secretly visiting his son and will be furious when Lola Pearce (Danielle Harold) reveals the truth to Denise Fox (Diane Parish). However, will he be forced to take drastic action to hold on to his connection with Raymond?

Ben will be worried about what will happen when Denise discovers Phil has gone against her wishes.

However, unbeknownst to the couple, Lexi overhears them discussing the young boy. 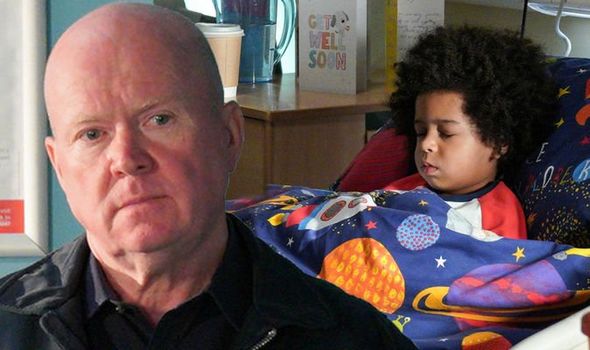 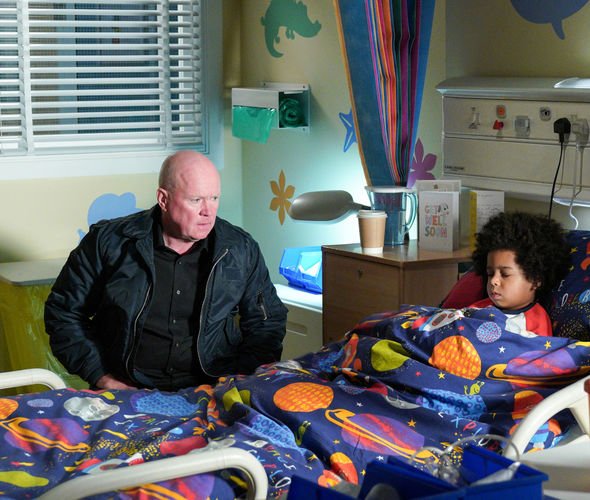 The pair are stunned when Lexi tells them about Phil visiting Raymond in hospital.

While Phil visits Raymond and Ellie Nixon (Mica Paris) at the hospital, Lola questions Ben about Phil’s relationship to Raymond.

Lola is torn and doesn’t know whether she should betray Phil for the sake of Denise.

Ben tells Lola exactly how he feels about the situation before warning her to stay out of it. 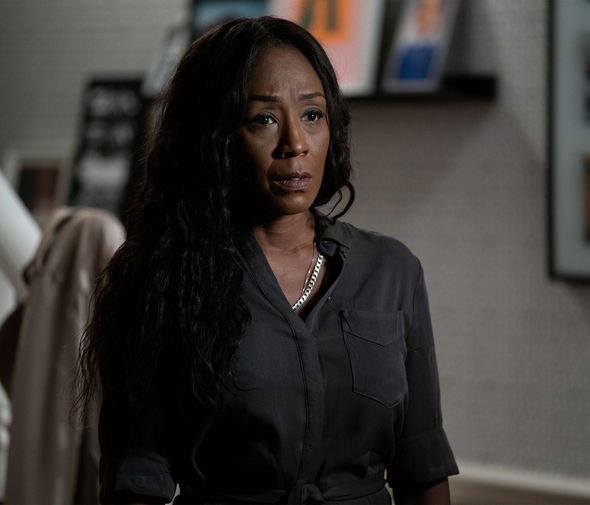 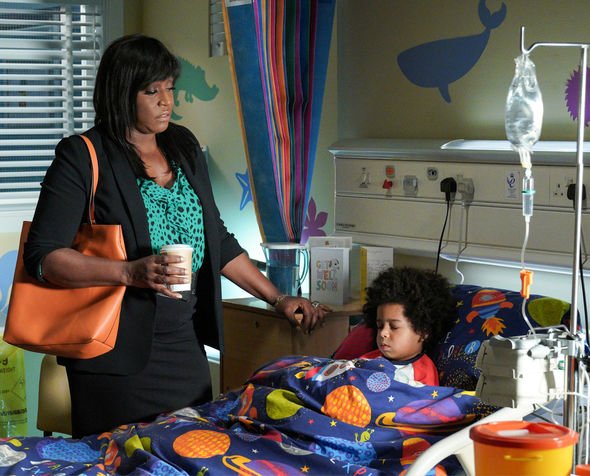 Lola decides to ignore Ben and tells Denise the truth about Phil seeing Raymond behind her back.

Denise panics and realises she had to be honest with Ellie if she’s going to stop Phil having an influence over Raymond’s life.

The hairdresser meets with Ellie and explains Phil’s true identity before warning her he’s bad news.

Later, Denise furiously confronts Phil to tell him she knows he didn’t abide by her wishes.

Phil is livid with Lola for telling Denise he has been seeing Raymond and lashes out.

However, what with the Mitchell hard man do now he knows his future with Raymond could be in jeopardy?

Phil has been secretly visiting Raymond and convinced Ellie he was in the hospital visiting his granddaughter.

While keeping an eye on him, Callum was tasked with looking into Raymond’s adoptive family.

Denise has made it clear she wants Phil to have nothing to do with their son but he refused to listen.

The hairdresser sacrificed her own relationship with Raymond to prevent Phil seeking their son out.

Raymond has lost his adoptive parents and now his birth parents refuse to come together for the sake of their son, which means the boy’s future happiness is at stake.

Will Phil persuade Ellie to let him be a part of Raymond’s life leaving Denise horrified?

EastEnders continues Monday on BBC One at 8.05pm.