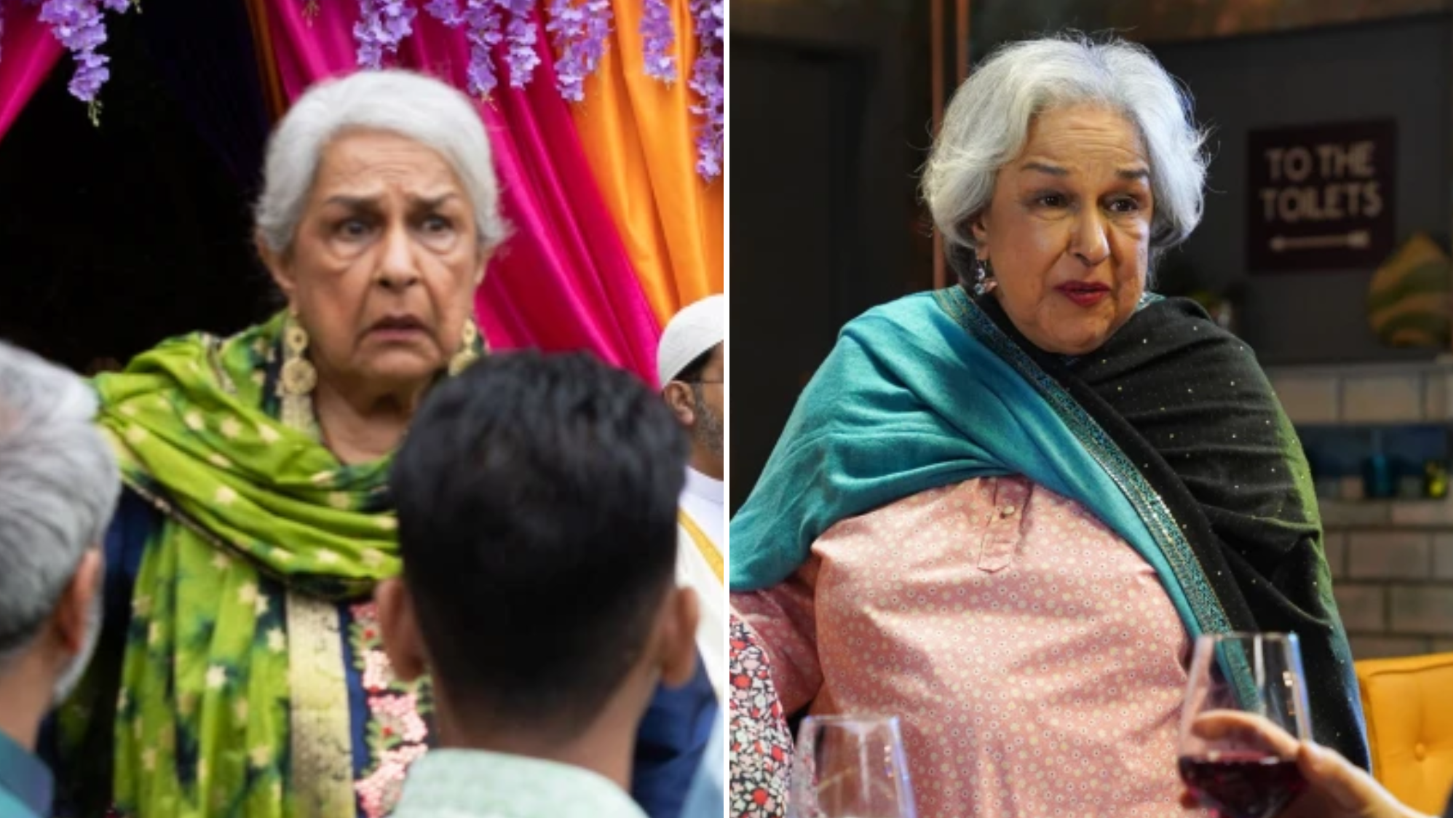 The actress will play one of Nadira’s relatives in the Channel 4 serial drama, arriving just in time for the bride-to-be’s big day.

Indira, 80, is perhaps best known to soap fans as EastEnders’ Mariam Ahmed, a role she played for almost two years, making her debut on January 1 2018, before departing in November 2019.

Mariam and husband Arshad were foster parents, and they featured in many a storyline during their time in the show, including fostering a child named Daisy.

The former is also remembered for assisting Linda Carter (Kellie Bright) when husband Mick (Danny Dyer) was shot, just moments after she and Arshad arrived on the Square.

Mariam was later mugged in broad daylight while returning home with the groceries – several weeks before her departure.

As a result, she began to feel unsafe, and informed Arshad about her desire to leave London.

While their plans were somewhat up in the air following her revelation, learning of Adam Bateman’s (Stephen Rahman-Hughes) cheating behaviour broke both of their hearts — and it was this that ultimately made them decide to depart.

Indira is also known to audiences for her work on The Kumars, which she starred in every episode of, between 2001 and 2006.

She will make her Hollyoaks debut next week, arriving for Nadira’s wedding to Shaq Qureshi (Omar Malik).

But the bride and groom ultimately have doubts about going through with the commitment, and they later come to a realisation as the wedding is in full swing.

Secrets are subsequently revealed, and declarations of love are made, meaning that Shaq and Nadira have a lot of explaining to do to their guests.

Hollyoaks airs weeknights at 7pm on E4, or stream first look episodes daily on All4.