Ed Sheeran does the Friends ‘routine’ with Courteney Cox 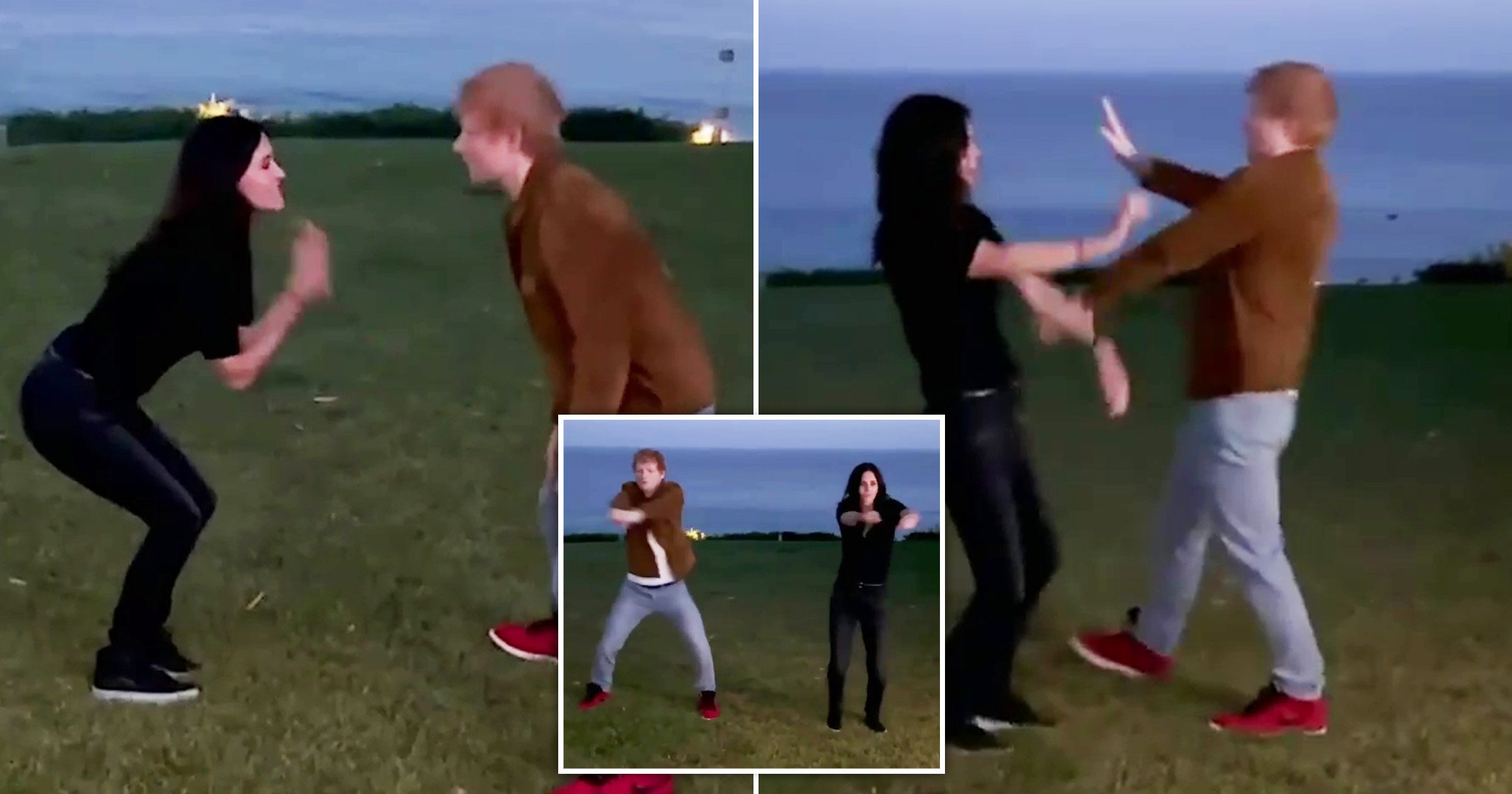 Ed Sheeran missed the Friends reunion but somehow managed to find Courteney Cox to film his rendition of ‘the routine’.

Just days ago on the HBO Max special, Courteney and David Schwimmer reminisced about their characters, Monica and Ross Gellar, famously performing the dance choreography in one memorable episode.

Well, Courteney has now replaced David with Ed who frankly did a pretty good job of the famous routine.

The pair got everything down perfectly from Courteney’s fake slap to the chicken leg move but they literally stumbled right at the end when it came to the big lift.

Ed seemed ready to catch Courteney but she missed and they ended up crashing onto the floor.

Courteney also shared the clip and said: ‘Just some routine dancing with a friend…,’ while dubbing it the #ReRoutine.

Cara Delevingne and Laura Whitmore were among the stars to give Ed the thumbs up for his efforts, while fans couldn’t get enough of the new version.

‘Amazing😂 are you going to do these dance moves on tour too?’ one follower laughed.

‘That’s the content we signed up for. Who needs album news when we can have you dancing ?’ another joked.

One fan said: ‘Bro this is the most unexpected crossover ever.’

Another admitted: ‘I’ve never been more jealous of anything in my life.’

David is yet to comment on his replacement but no doubt he is somewhere seething – at least Ross would be.

Friends fans will remember the routine from the episode where Ross and Monica are invited to a taping of Dick Clark’s New Year’s Rockin’ Eve by Joey’s girlfriend Janine.

Courteney recently hailed the episode as her favourite of all time and recalled it being ‘fun’.