Elsa Raven, 'Back to the Future' Actress, Dies at 91

Raven had a small, but memorable role in the 1985 film 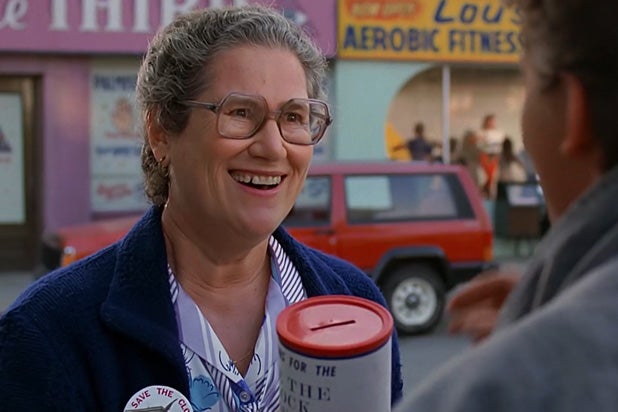 Elsa Raven, perhaps best known for her role as the woman who urges Marty McFly to “save the clocktower” in “Back to the Future,” died Tuesday in Los Angeles, Deadline reported. She was 91.

Raven’s agent, David Shaul, confirmed her passing to Deadline but has not yet responded to TheWrap’s request for comment.

In addition to her memorable role in “Back to the Future,” Raven appeared on the big screen in movies like “The Amityville Horror,” “Indecent Proposal,” “In the Line of Fire” and “Titanic,” though most of her scenes in that classic film were cut.

Raven also had regular television roles as well, appearing as a maid named Inga on “Amen,” and as the mother of Ken Wahl’s “Wiseguy” on the 1980s series. On the daytime television side, she played Lucille for several years on “Days of Our Lives.”

She appeared as a guest star on a number of other shows, including “Family Ties,” “Hunter,” “The A-Team,” “The Fresh Prince of Bel-Air,” “Murphy Brown” and “The Larry Sanders Show.” But most notably, Elsa Raven played the part of “mom” on the classic “Seinfeld” episode “The Mom and Pop Store.”