Elton John film Rocketman is about to hit cinemas – but what does he think about the movie and who's in the cast alongside Richard Madden?

KINGSMAN star Taron Egerton has already used his impersonation skills to portray cultural icons from Eddie the Eagle to Robin Hood and now he's taken on a young Elton John.

The Welsh star, who has already worked with the legend in Kingsman: The Golden Circle, will be joined by Bodyguard's Richard Madden. Here is all you need to know… 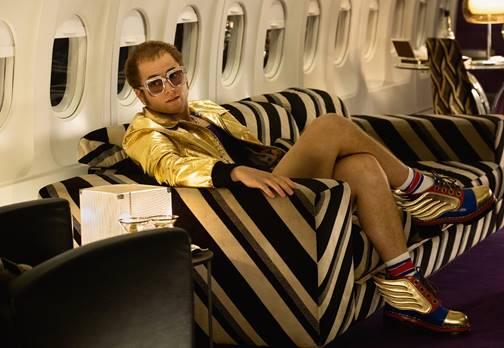 When is Rocketman out?

Venom star Tom Hardy was previously attached to the role but he revealed to The Sun that he struggled with the prospect of singing.

"I'm not a singer. I have no idea really. I'm really trying because of Rocketman but it's hard to open my mouth in that way."

He added: "I'm not really drawn towards singing and musicals and that stuff. I did some rap when I was a kid but I'm somebody's dad now so it wouldn't be too cool to crack that out!"

The fantasy musical explores Elton John's life from his early days at the Royal Academy of Music through his rise to music superstardom in the 1970s. 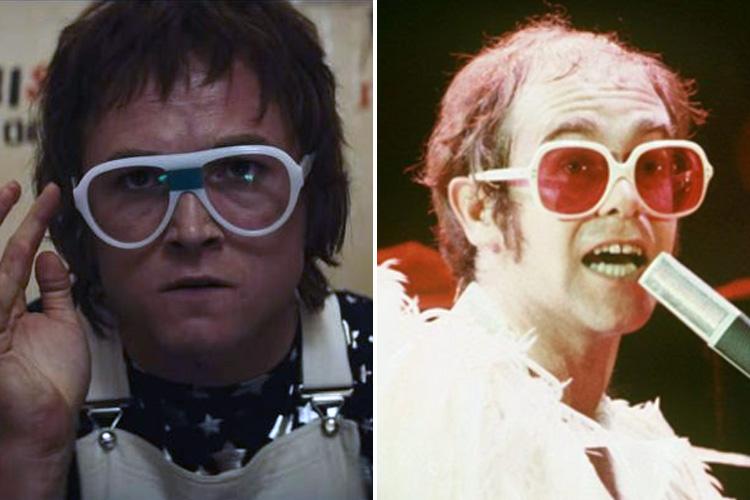 What does Elton John think about the movie? 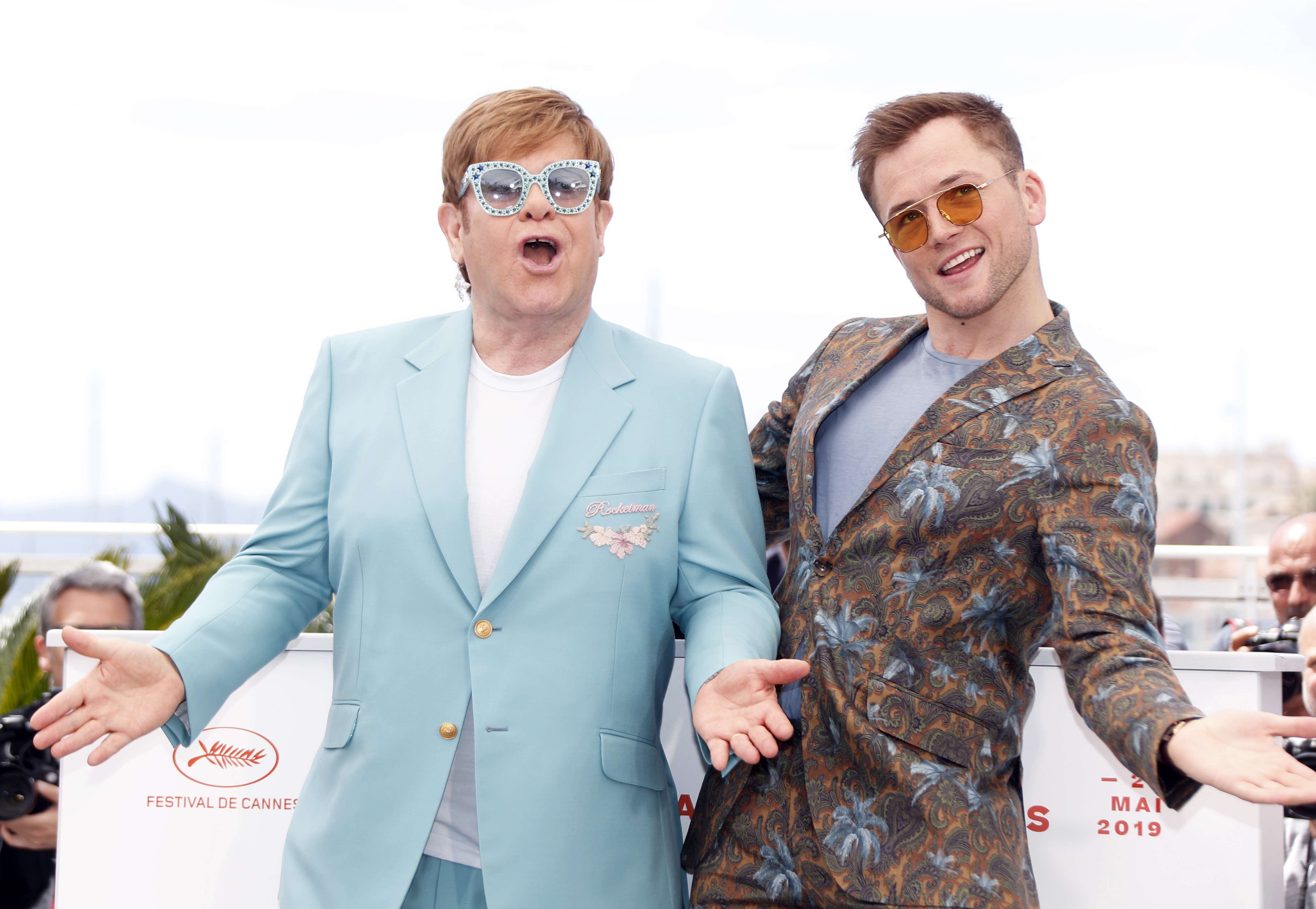 We can assume that Elton is a fan of the movie since he along with hubbie David Furnish are both producers.

Plus he even jetted out to the French Riviera to support the cast bringing his biopic to life – posing and smiling at the photocall at the Cannes Film Festival.

"For those of you who don't know, in 'Rocketman' I don't sing anything. Taron has recorded, re-recorded, all the songs that are in the movie, and sings them quite brilliantly."

He said: "It's not Bohemian Rhapsody where the brilliant Rami Malek, who played Freddie, lip synced."

Before turning to Taron and saying: "You're actually doing the whole thing. I can't congratulate you enough.'

Taron Egerton impressed producers with his cover of Elton's 1983 classic I'm Still Standing in 2016 flick Sing and has since revealed he's performing the songs himself live on set for the new film.

He has also earned the ultimate approval by Sir Elton who was "blown away" by Taron's take when he heard three songs he recorded recently at Abbey Road Studios.

"When I played the songs for Elton, he was blown away, really blown away," Rocketman's producer and Elton's husband David Furnish told The Hollywood Reporter.

"The rehab recovery moment was a real watershed moment in his life, and it's a great way to focus the storytelling around that," Furnish added.

"I think it's the challenge for the actor to embody the spirit and not get into thinking they have to do an impersonation." 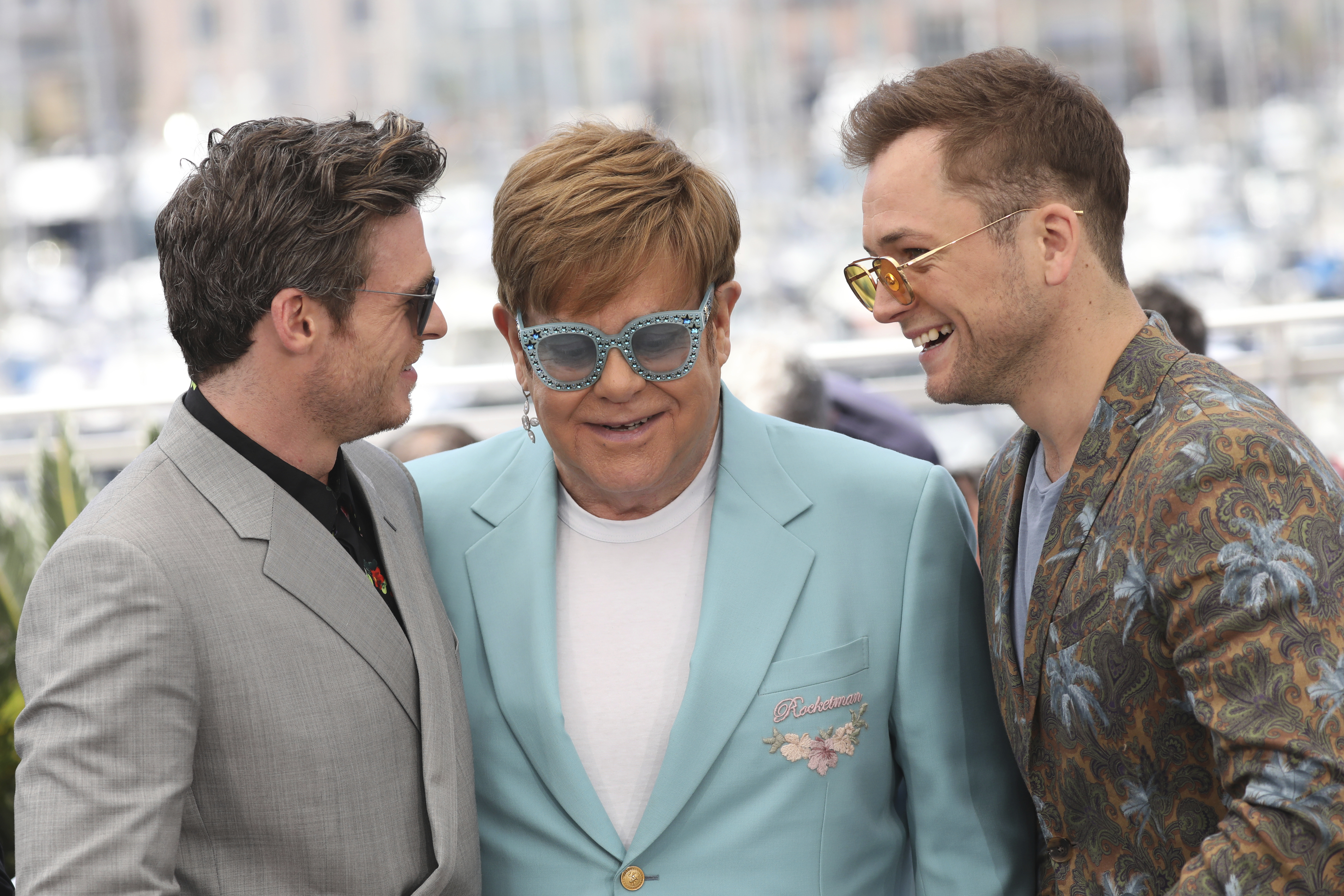 Who stars alongside Taron Egerton and Richard Madden? 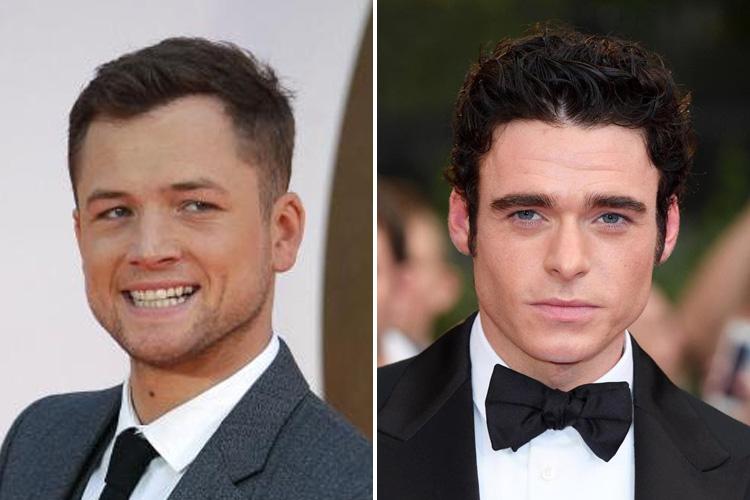 Unlike Queen and Freddie Mercury biopic Bohemian Rhapsody, Rocketman is set to be an explicit look at Elton's early personal life.

Taron plays the Rocketman himself in the biopic.

The actor impressed Elton himself with his acting and singing.

And he even performed the songs himself live on set for the new film.

Bernie is responsible for many of the lyrics of Elton's songs.

Sheila played a part in nurturing her son's creativity.

The Bridget Jones actress takes on the role of Elton's granny, Ivy.