Emmerdale fans were left seething at the end of the episode when Meena (played by Paige Sandhu) revealed she had been meddling in Ethan Anderson’s (Emile John) quest to find his biological mother. Meena’s boyfriend David Metcalfe (Matthew Wolfenden) was too buys playing dress up and dancing to Black Lace’s Agadoo to notice the mischief she was getting up to. But what those watching at home didn’t miss was the appearance the shopkeeper was sporting this evening.

It came after a photoshoot Tracy Metcalfe (Amy Walsh) had been given by Leyla Harding (Roxy Shahidi) had been passed onto David after Nate was unable to make it due to work commitments.

When the farmer heard how his girlfriend had passed up the opportunity for their first family photograph, he said he would work twice as fast to finish early.

Realising they needed to tell David the change of plan, Nate spotted him outside the shop and went to flag down his van.

But David, who was listening to loud music which apparently stopped Theo from crying, didn’t see Nate and ended up driving over his foot. 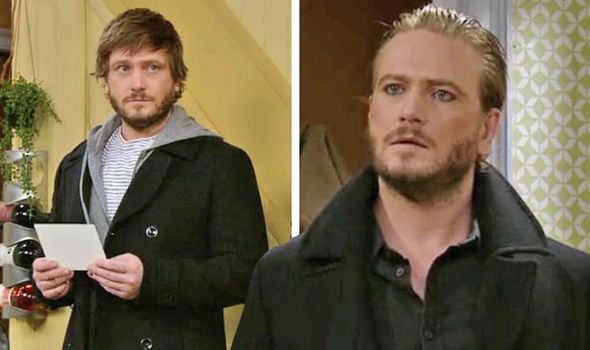 Later in the episode, David turned up at Tracy’s cottage.

“What do you want David? I’m busy,” Tracy remarked and her ex replied: “I thought you might’ve wanted to know how the photo shoot went.”

“That’s the last thing I want to hear about, we’ve just got back from the hospital. Why do you look like David Bowie?”

“The make-up artist said she wanted my eyes to pop,” David said.

“Why were you at the hospital?” David asked and she explained: “Because you ran over Nate’s foot – this morning, when you were in a rush to go the photographers, you broke his foot in two places. 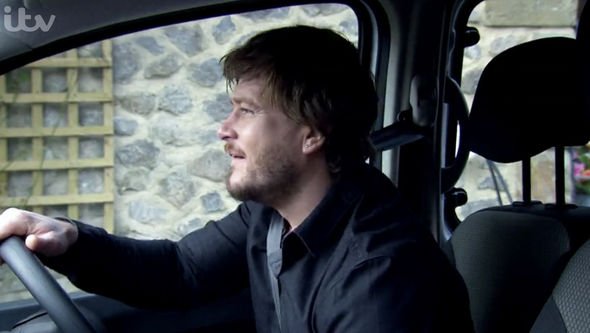 “And now he will be off work for weeks, so I wouldn’t hang about here if I was you, he’s pretty mad about it.”

“I tell you what, I’ll leave that [the photo] there for you and I’ll get out of here,” David commented. “Just tell him I’m sorry about his foot.”

And he scarpered just before Nate returned from the back garden.

And those watching at home noticed David’s unusual look. 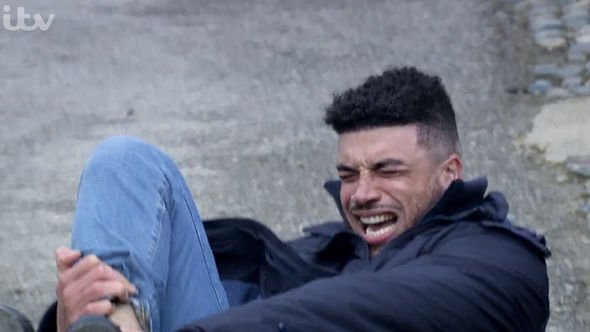 “David the barbers are open lad , Get that mop sorted #emmerdale,” someone suggested.

A third wrote: “You can tell this scene with David was filmed on another day as he’s changed his hair #Emmerdale.”

“What the hell does David look like…#emmerdale,” a fan asked.

A viewer commented: “He looks like Orlando Bloom in pirates of the Caribbean #Emmerdale.”

It comes after suggestions Tracy and David will end up back together. 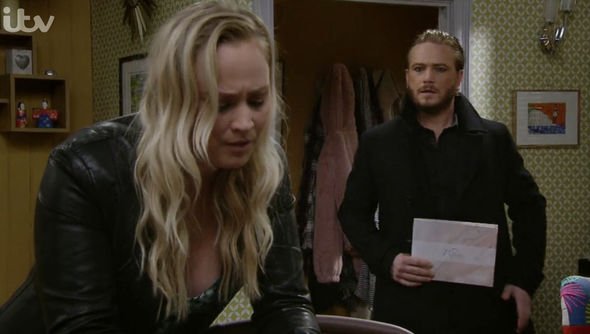 Tensions have been running high between Tracy and Nate for a while now, as the new mother is struggling with looking after their baby, Frankie, all the time while Nate is away, working.

They did have Faith Dingle (Sally Dexter) living with them and helping with childcare, but Tracy felt she lost control of everything and the Dingle matriarch was soon booted out.