Jacob (played by Joe-Warren Plant) has recently returned to the village after spending six months in Portugal with his auntie, Alicia Gallagher (Natalie Anderson). The teenager was itching to get back to Emmerdale and reunite with his birth mother Leyla (Roxy Shahidi), who is currently enjoying a romance with Liam (Jonny McPherson). In scenes that aired last week on the ITV soap, the pair got engaged and it seems the youngster was on board with the announcement. But his own relationship dramas could put a hurdle in the way as he continues to get closer to his step-father-to-be’s daughter, Leanna Cavanagh (Mimi Slinger).

Ever since Liam arrived in the village with his daughter back in 2018, the teenager has had a spark with Jacob.

The pair acted on their feelings for one another a year later when Jacob slept with the youngster before walking away as if nothing had happened.

Leanna was left heartbroken as this was the night she lost her virginity and when she confronted him, he told her he didn’t have any feelings for her.

This came at the time when Jacob was trying to process the trauma he’d been put through by village villain, Maya Stepney (Louisa Clein).

After Leyla spoke to him about his behaviour, he apologised to Leanna and the duo agreed to stay friends but their parents coming together could reignite the passion between them. 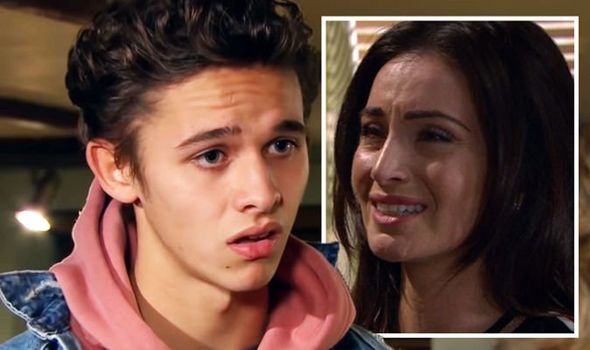 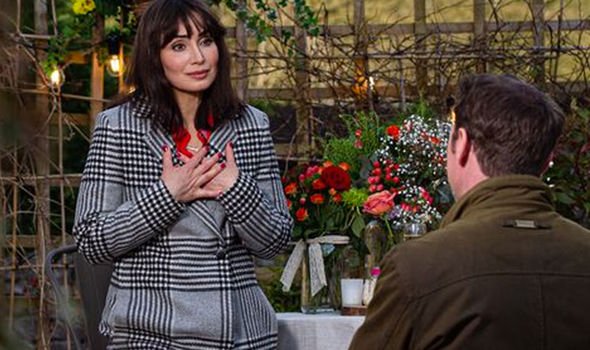 Speaking to the press, including Express.co.uk, the actors who play Leyla and Liam, Roxy and Jonny respectively, explained their character’s children have a romance simmering in the background.

When asked if the GP should be worried about the connection Leyla has with her ex, David Metcalfe (Matthew Wolfenden), Jonny said: “No, not at all.

“I think he’s seen enough between them, and you know how they have to co-parent and Leanna has developed affections for Jacob.

“[Liam] has seen everyone at their best and at their worst and you can see that there’s no romantic feeling between Leyla and David.” 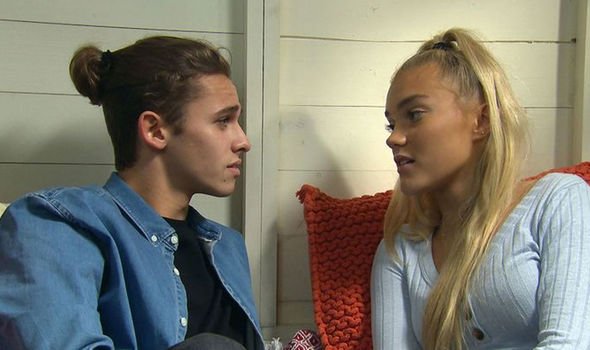 Leanna has developed affections for Jacob

Although a reunion between Leyla and David is off the cards, Jonny expressing his character’s daughter is pining after his step-son-to-be hints this could bloom into something bigger.

Unfortunately, if the parents do make it down the altar, this would mean Jacob and Leanna would become stepbrother and sister.

This doesn’t necessarily mean they wouldn’t be able to embark on a romantic venture but Jacob’s past could mean he would think differently.

Having felt like he was being judged for being groomed by Maya, the teenager could put barriers up to prevent himself from developing feelings for the GP’s daughter so his mother can get married. 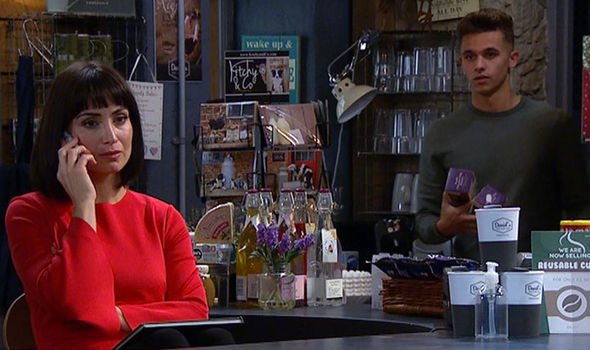 However, he could see the matter completely differently and will want to put a stop to the wedding so he and Leanna can be together.

Knowing Layla and his step-father-to-be haven’t had the easiest of relationships, Jacob could play on their vulnerabilities.

Recruiting Leanna to help him, the youngster could ultimately destroy his mother’s chances of getting married for selfish reasons.

If she gets clued up on what’s going on, will the bride-to-be be able to explain to her son whether she gets married to Liam or not, he can still be with Leanna?

Jacob could have competition though as in recent scenes, Leanna has also been getting closer to Billy Fletcher (Jay Kontzle).

After leaving Leyla’s son a voicemail, she bumped into the fitness trainer and they had a flirty conversation about working up a sweat.

Although nothing has been confirmed about a potential romance for the pair, viewers took to Twitter to share their theories.

One wrote: “Ooh bit of a thing there between Leanna and Billy #Emmerdale,” with another adding: “So, that’s Billy and Leanna going to be a pair? #Emmerdale.”

“Leanna and Billy going to get together new storyline #Emmerdale,” a third avid fan of the show commented, whilst a fourth posted: “Leanna having a crush on Billy? #Emmerdale.”

Jacob is not one to back down though, so could he and the fitness trainer go head-to-head to fight for Leanna’s affections?

The actor who plays Jacob, Joe-Warren, has been praised by his co-stars following his break away from the soap, with Roxy saying: “We’re really really looking forward to having him back, he’s got such an amazing energy on set – he’s so talented.”

Jonny added: “He’s a wonderful human being and he’s got such a strong work ethic, he’s a really really sound human.”