Victoria (played by Isabel Hodgins) has been struggling to accept what happened to her on Emmerdale.

It was only when Moira Dingle (Natalie J. Robb) showed up at the cottage determined to get the bottom of Victoria’s behaviour she finally confided everything.

The Scottish farmer supported Victoria in going to the police station to report the incident, but unfortunately the time it took for the survivor to come round meant the police have little evidence to work with.

While the police insisted they won’t give up on trying to build a case against him, Victoria was left feeling defeated and alone.

Things got worse when father-of-one Robert (Ryan Hawley) took his own pain and upset over the incident out on Victoria, flippantly blaming her for what happened.

A devastated Victoria sent Robert away, but luckily Aaron Dingle (Danny Miller) was on hand to convince his husband to go back and make things right.

Determined to make up for not being there for his little sister when she needed him most, Robert put forward the idea they go away for a few weeks together – just the two of them.

Victoria – who has been unable to make any progress in moving on while living under the same roof as where her trauma happened – was delighted at Robert’s proposal.

But while fans may be disappointed to learn Victoria and Robert won’t be on their screens for a while, it could pave the way for a dangerous new twist. 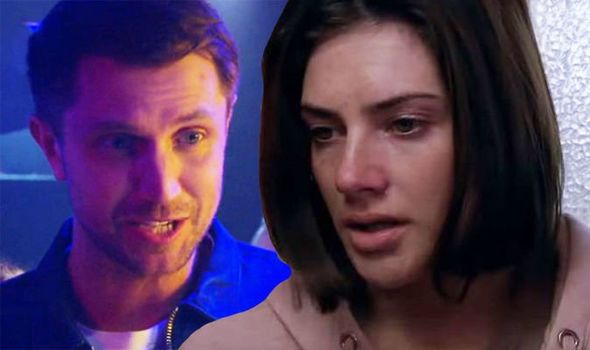 Now Lee knows Victoria has reported him for what he did, the evil Liverpudlian might well be out for revenge.

If he comes back to the village looking for Victoria, there will be no one there to put the pieces back together on who he is, especially if he uses a different name.

The only person who might be able to identify Lee would be Amy Wyatt (Natalie Ann Jamieson), who met him during the Big Night Out.

Amy currently doesn’t know Victoria was raped, and certainly not by Lee, so if they come face to face the abuser might simply convince her he’s in the village for a completely different reason.

If Amy does get to the truth, Lee could turn on her and make her his next victim in a misguided bid to keep her quiet.

In fact all he will be doing is adding fuel to the fire, and helping Victoria’s case.

Also during tonight’s episodes, the Dingle family continued to process Lisa Dingle’s (Jane Cox) painful news she is terminally ill and doctors have told her she will die within months.

Belle Dingle (Eden Draper Taylor) fought to come to terms with the prospect while Zack Dingle (Steve Halliwell) shocked everyone when he went AWOL in the village, only to return with a special surprise.

Revealing a bunch of flowers and a sparkling diamond ring, Zack proposed to Lisa and there were tears abound.