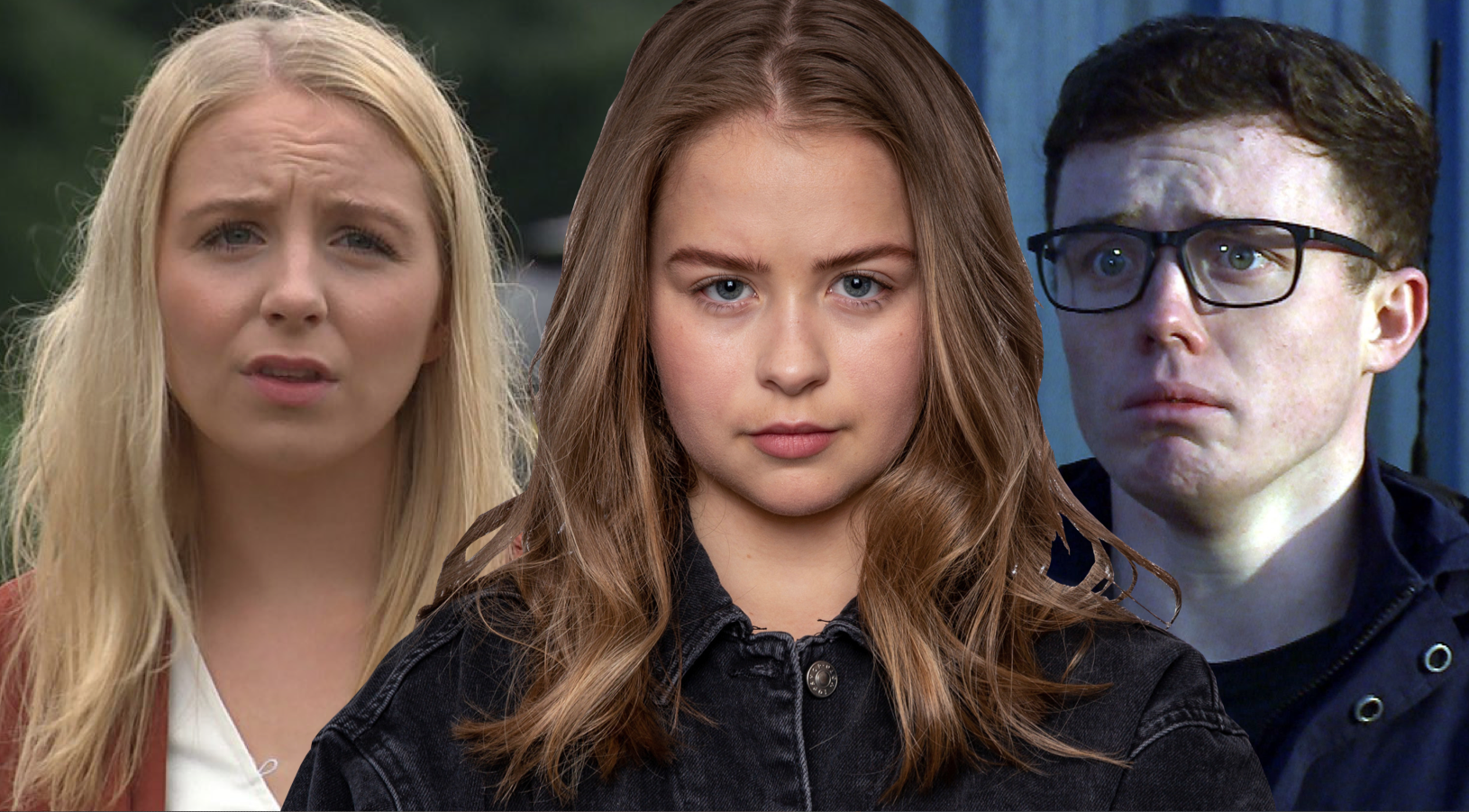 Liv Flaherty (Isobel Steele) gets quite the shock in Emmerdale next week, as she’s led to believe that there is something going on between Belle and Vinny Dingle (Eden Taylor-Draper and Bradley Johnson)!

The popular character, who is currently in the grips of her addiction, is desperate to make amends with Vinny, after she attacked him several months ago.

Mandy (Lisa Riley), however, is desperate to keep her away from Vinny, after all he’s been through this year.

‘Vinny has never been horrible to her. He’s always said: “It’s all right, it’s all right”. Even if it’s not all right!’ actress Isobel Steele told Metro.co.uk, ‘so for someone to swoop in and not have a care in the world, and say exactly what she thinks, is quite a shock to Liv.

‘Especially with [Mandy] being part of the family. That really rattles her. She feels Mandy represents the family, which makes it a much bigger deal than just a relationship that has fallen apart. This could mean all her relationships in the village could be damaged.’

Mandy takes drastic action to keep the former lovers apart, as she blocks Liv’s number on Vinny’s phone, and later tells Liv that Vinny has taken Belle out for a drink!

‘That has a massive impact on her, and her attitude towards Vinny,’ said Isobel. ‘[Liv] has a relationship with Belle. I think we assume they have more of a relationship off-screen, because the scenes that me and Eden have together tend to be quite heartfelt and emotional.

‘[Liv and Belle] are family too. They’ve known each other for years, and Liv has always confided in Belle with things that she feels she can’t go to Aaron about.

‘It’ll feel like a massive betrayal, as this is someone she’s gone to in the past, a genuine good friend as well as her family. And her ex-boyfriend. That’s not a good situation for her, and it plays into the whole “the family is against me!” thing. She’s going to feel isolated after that.’

Liv struggles to comprehend everything that she’s been told, and therefore wastes little time in confronting Vinny, demanding to know the truth.

‘She has to tell Vinny what she knows, or what she’s heard,’ added Isobel. ‘It gets a bit confusing, as they’ve been told different things, and Mandy is the one in the middle.’

The truth is soon revealed, and both Liv and Vinny realise that Mandy has been meddling, but as the two have a heart-to-heart, Vinny explains that he cannot be anything more than a friend to Liv.

‘She had a bit of Hope,’ said Isobel. ‘It pushed her to try and get better, and quit alcohol. That hope has driven her, so when it gets shut down, that crushes her. That’s going to send her spiralling.’