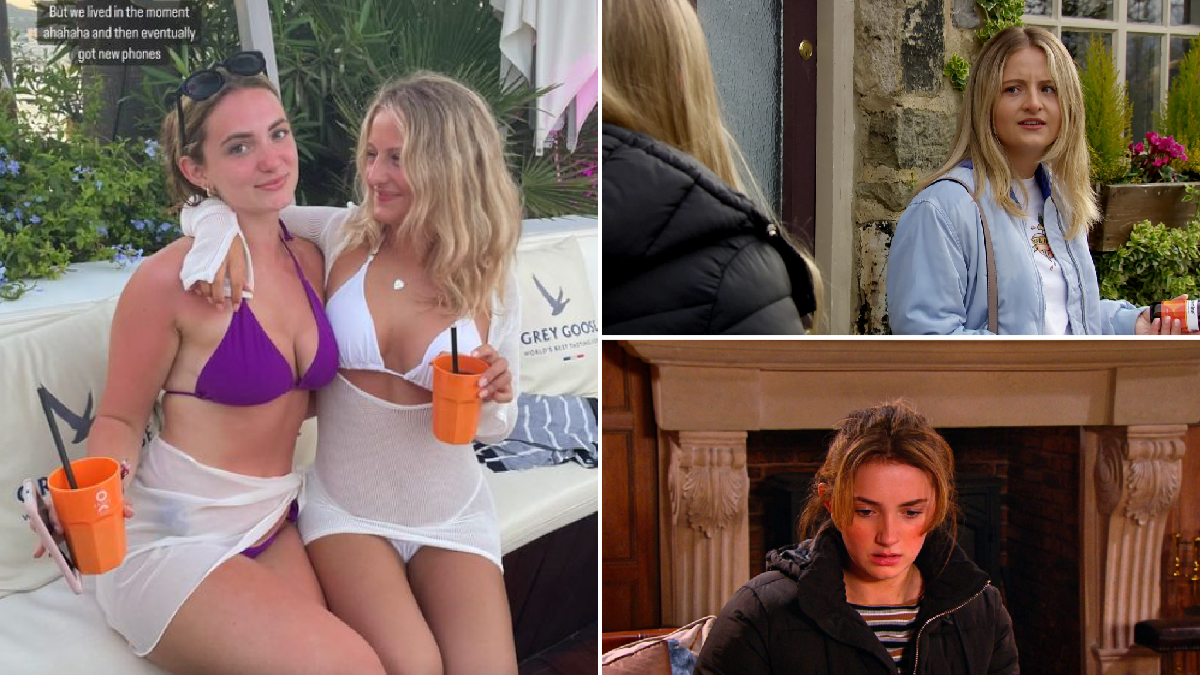 A holiday in Ibiza hasn’t been as relaxing and fun as Daisy Campbell and Rosie Bentham hoped, as the Emmerdale stars had their belongings stolen.

The actresses, who play Amelia Spencer and Gabby Thomas, swapped the village for sun, sea and music – but things quickly changed on their second night.

Updating fans on her Instagram page, Daisy wrote: ‘Sorry me and Rosie have been a bit MIA. It would be us to get the whole of our bags stolen on the second night, with zero phones for most of the hol. But we lived in the moment and then eventually got new phones.’

The incident didn’t spoil Rosie and Daisy’s time in Ibiza, as they also shared videos from nights at the club, and time at the hotel.

In Emmerdale, Daisy’s character Amelia is currently taking weight-gain syrup, convinced changing the shape of her body will mean she gets more likes and followers on her social media page.

Recently, for Rosie’s character Gabby, she convinced herself Jamie Tate had returned to the village and was planning on taking baby Thomas from her.

Gabby’s fear increased so much, she ended up shooting Will Taylor (Dean Taylor), thinking he was Jamie.