Georgia (played by Trudie Goodwin) lived in Emmerdale for four years from 2011, when the Sharma family were introduced, to 2015. The character was at the centre of some explosive storylines, including the breakdown of her marriage to Rishi Sharma (Bhasker Patel) and helping her daughter, Priya Sharma (Fiona Wade), with her eating disorder. In upcoming scenes on the ITV soap, however, it could be her son Jai (Chris Bisson) who needs her help and she might have just the thing up her sleeve to change his perspective on life.

The hints of an exit for Jai begin next week as the character is at a loss, with his relationship with Laurel Thomas (Charlotte Bellamy) having come to an end.

Jai might have thought there would have been a reconciliation when his former lover was told it was Suzy Merton (Martelle Edinborough) who left the drugs in the Take A Vow office earlier this year and not him.

He might have believed with the truth out in the open, Laurel would come running back to him with open arms, apologising for the mistake she made.

Unfortunately, this doesn’t happen as Laurel continues to get to know newcomer Kit (Thoren Ferguson) and they hit it off really well.

As he watches the couple from a distance, Jai can’t help but feel awkward and feels a sense of jealousy seeing the two together. 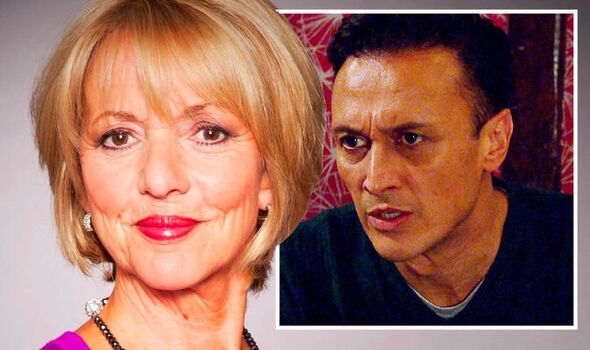 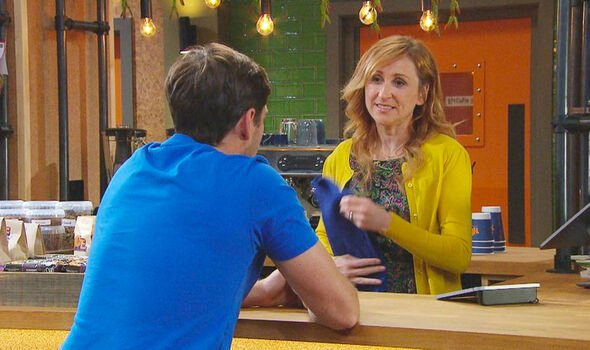 Needing to take his mind off Laurel moving on, Jai could call his mother Georgia and explain he needs her support right now.

Although his father Rishi still lives in the village, the businessman would need the comfort of his mother being around to make him feel better.

With no questions asked, Georgia could return to the Dales, 11 years after she arrived, to talk with her son about his life.

As she realises he feels in somewhat of a rut living in the village, Georgia could remind him there is much more of the world to see.

Having left the show in 2015 to go on a cruise, Georgia could have decided to buy shares in the company and has since become a successful businesswoman. 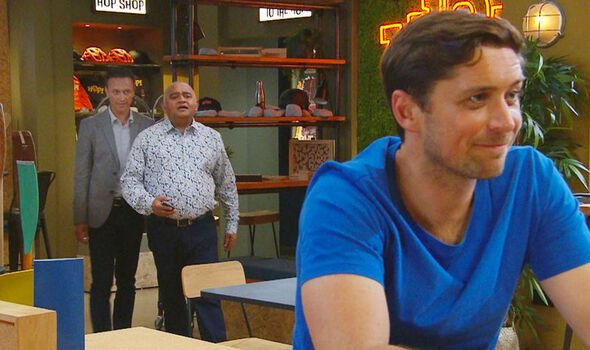 I suppose she could [come back]

Needing someone to run the European branches of her new company, Georgia could make the life-changing offer by asking Jai to carry out the job.

He wouldn’t even need to think as he would take up his mother’s offer in an instance, giving him the chance of a better life with his son.

As he packs his bags, he would have a few people in the village to bid farewell having been part of the Dales for 11 years.

One of them being Laurel, as he would tell her not to sacrifice her happiness again and to enjoy every moment of her new romance.

Will Jai’s exit have a huge impact on the village and will the businessman have made the right decision to go into business with his mother? 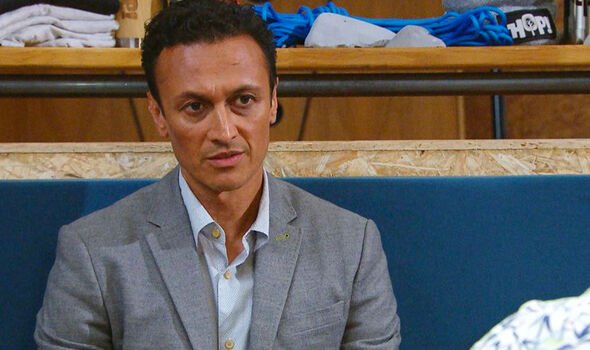 Speaking at the time she was cast for the show, the actress who played Georgia, Trudie, discussed how long she would stay.

The actress, who starred in the Bill for almost 25 years, explained: “I’m not going to be here for years and years. I’m not doing that again!

“I would never have signed a contract for more than three months, but apart from anything else, they might not want me after that time!

“I don’t like the idea of being in something for the long-term.

I’m doing all the things I missed out on while I was in The Bill, like working in theatre, which I love. At the moment, I almost don’t want a terribly easy life,” she told TV Times.

How well do you know your British soaps?

How many times has Ian Beale been married in EastEnders?

What is the name of Bianca Jackson and Ricky Butcher’s son on EastEnders?

On EastEnders in 2002, who accidentally ran Jamie Mitchell over in his car which caused his death?

How many times has Corrie’s Steve McDonald been married?

What happened to Emily Bishop in Coronation Street?

Who murdered Maxine Peacock in Coronation Street in 2003?

Which incident in 1993 killed off four characters in Emmerdale?

When did the show stop being known as Emmerdale Farm?

On what date did Hollyoaks air its first episode?

What was the name of the much-loved Coronation Street pet dog who was put down in April 2020 after 14 years?

1996 saw the arrival of one of Hollyoaks all time bad boys and rival of Kurt Benson, but who was he?

Who is the longest serving character on Coronation Street?

Who shot Phil in EastEnders?

How many fires have there been at Corrie’s Rovers Return?

Get out of my pub, you’re no soaps fan

Therefore, this could explain why Georgia makes a guest appearance back in the village to make Jai an offer he couldn’t refuse.

Also, Trudie has never ruled out a return to the show, as she explained in an interview in 2017: “Georgia is on a world cruise, she’s been gone two years.

“I suppose she could [come back]. I’m still in touch with a lot of people there and very close with Fiona who played my daughter.

“We speak to each other quite often and she tells me what’s going on. I must catch up. I’d love to go back and do a little time there.”

Again, she confirmed it would only be for a short period following her previous four-year stint on the programme.

Trudie said: “I’m based in London and travelling up and down to Leeds became quite stressful.

“I’ve reached an age and a point in my life where I don’t want to be away for any long period of time,” she told OK! Magazine.

With regard to an exit for Jai, the actor who plays him, Chris, explained he once spoke with bosses about whether to leave the show.

Speaking to OK! Magazine, he said: “There were conversations being had about where we had gone with the character. “Very frank and honest conversations with me and the producer saying ‘have we gone too far now and it is time to call it a day or do we redeem him?’

“But we came to the conclusion that actually he wasn’t a bad character. He came in as a much nicer character and he did go off the rails but we have really pulled him back and that’s lovely to play.”

But will he leave having redeemed himself from his past mistakes?

Emmerdale airs weekdays at 7:30pm on ITV, with an hour-long episode airing on Thursdays.