ESCAPE to the Chateau star Dick Strawbridge has made wife Angel blush after revealing a VERY cheeky detail about her underwear.

It came as the couple gave fans a tour of their blossoming walled garden, where Angel Adoree, 43, admitted she had been enjoying "pottering" in. 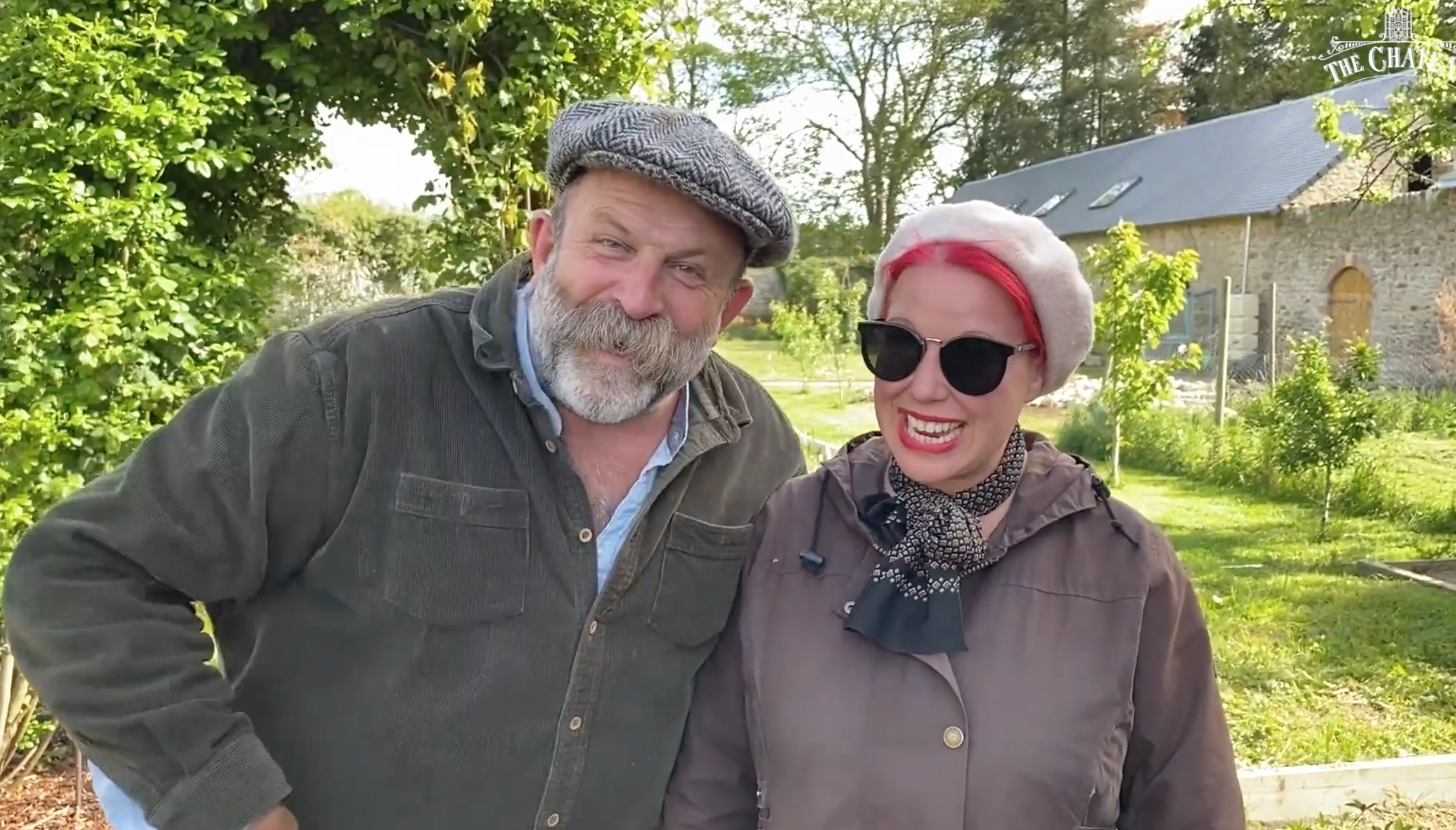 TV personality Dick, 61, and his wife were joined by their children Dorothy and Arthur for the behind-the-scenes 'An Evening With' video.

As the former army officer revealed Angel had been converted into a keen gardener, he joked she had to remove certain items of clothes for the outdoor activity.

"Angela is now a closeted gardner," Dick joked towards the cameras before turning to her and adding: "You have been working out here on a Sunday.

"When we have some times with the kids on a Sunday, you will be out here pottering in the garden – come on, we're listening to you." 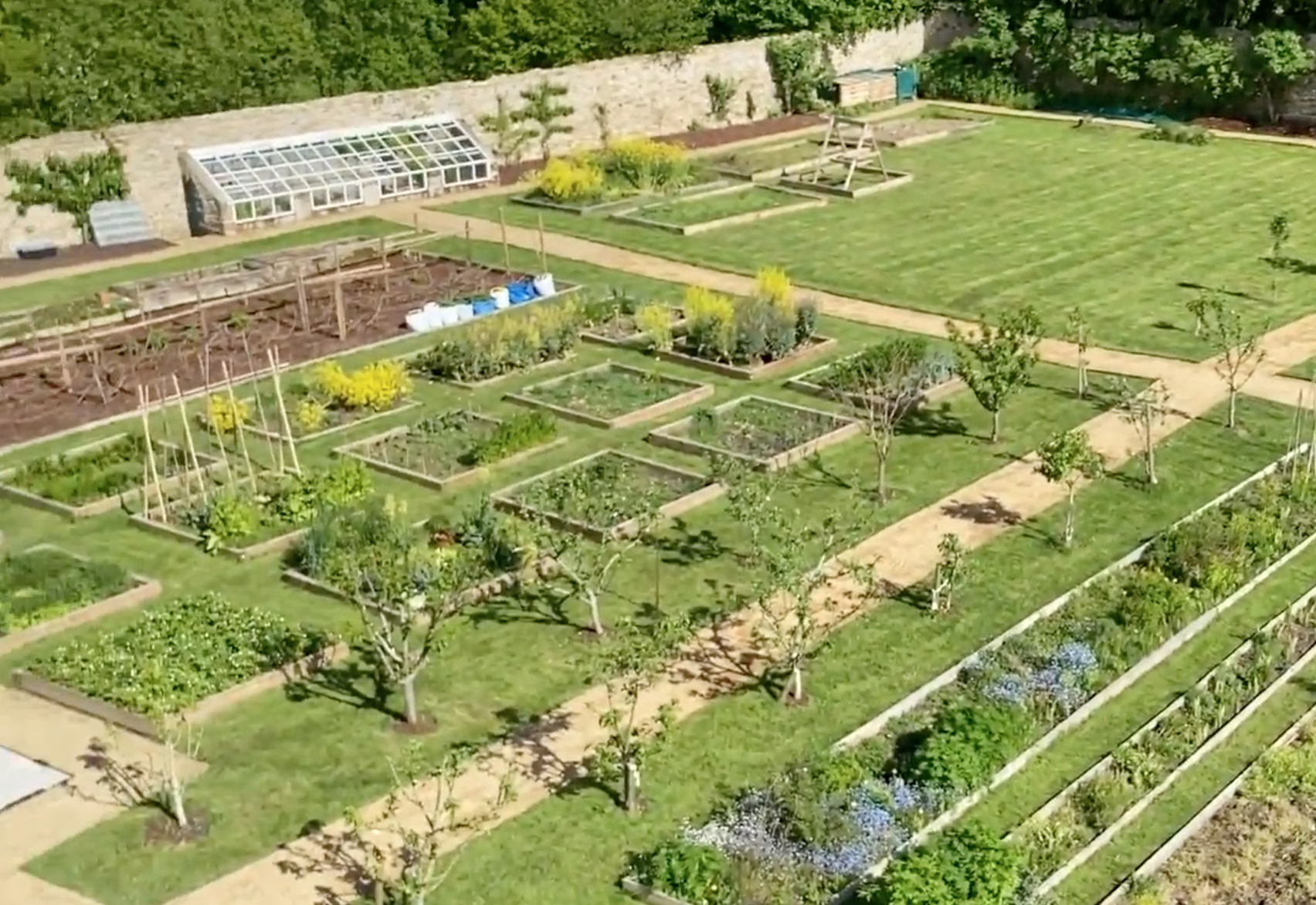 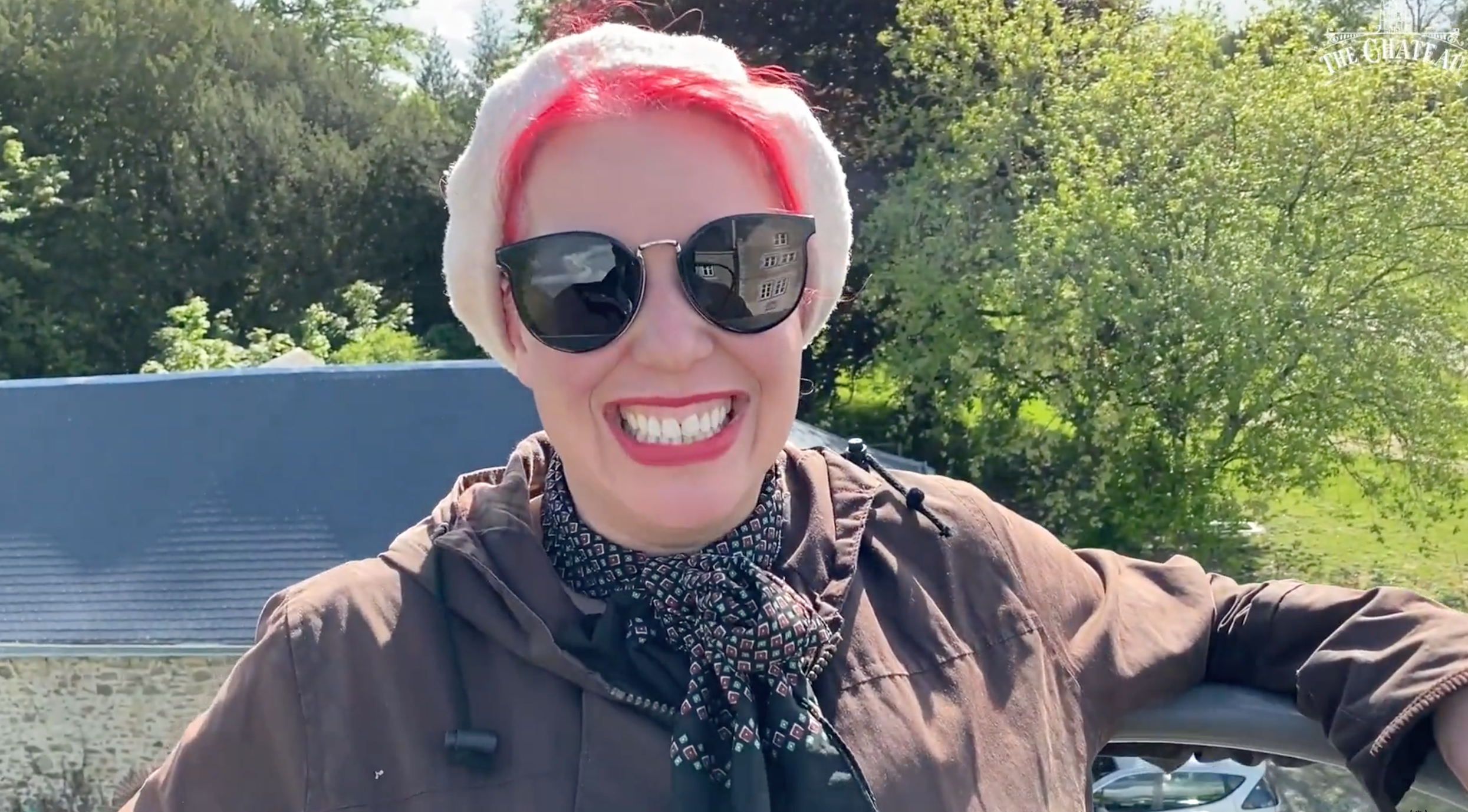 Encouraging his wife to open up about his new hobby, he placed a loving arm around Angel as she told fans she had "enjoyed" gardening.

"I have really enjoyed pottering in the garden – I do things without being told, like weeding," Angel began as Dick interjected: "My work here is done."

It was then he revealed his wife's gardening attire was a little different from her usual look – cheekily mentioning her lingerie.

"You can go from the east end of London, you take her – you take off her stilettos and her high heels and get rid of the old suspender belt," Dick said. 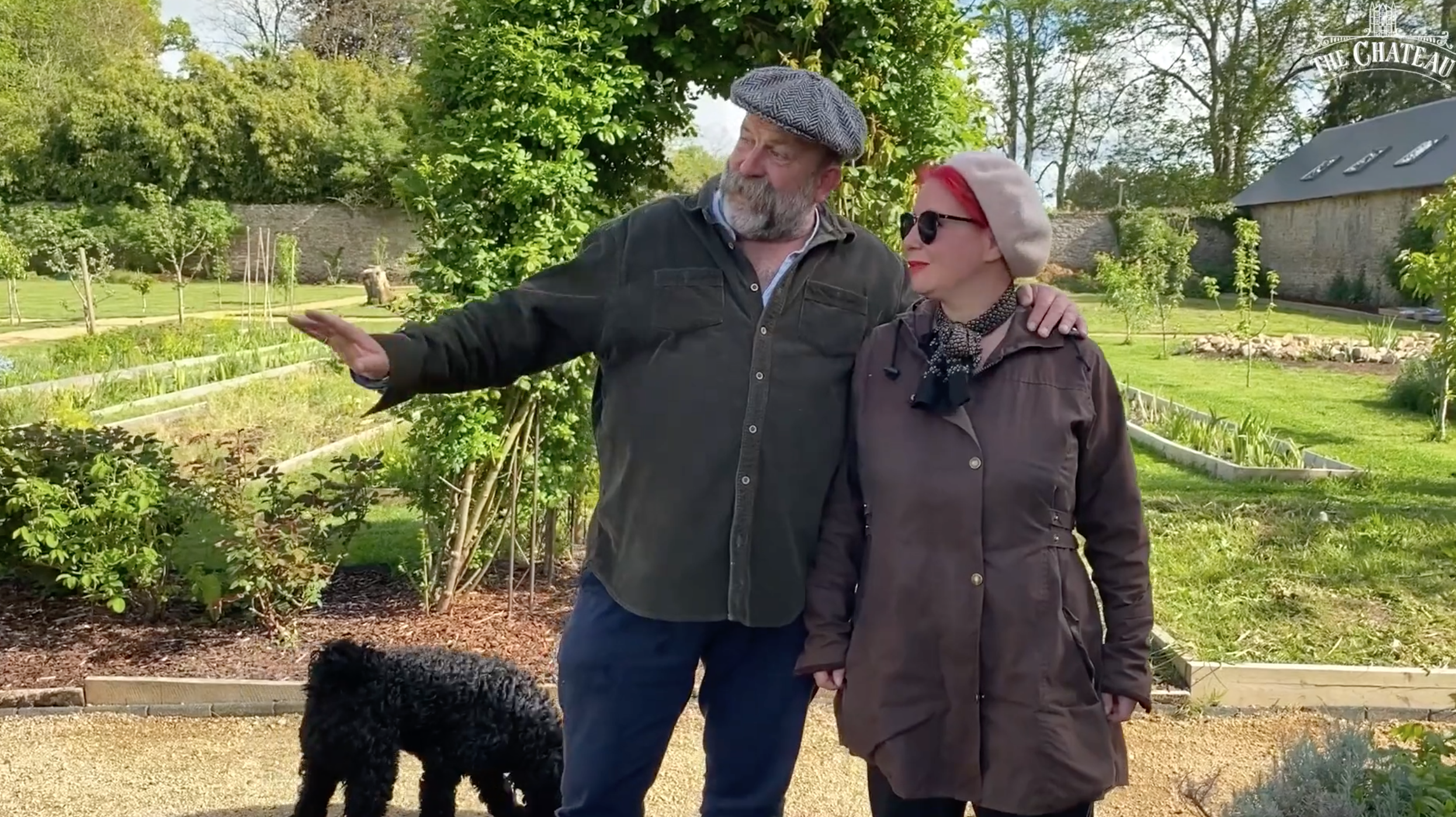 "You can make her wear boots and work in the garden. How stupid am I?"

The pair laughed off the cheeky moment before Angel described how she had been getting stuck in "with nature", including building a roof garden.

"I completely thank you [Dick], because nature, before we came out here, was, and I loved it, but a walk around Victoria park or along a canal,” Angel continued.

“But when we were in London, that was nature,” Dick remarked and his wife added: “And it was gorgeous. We had a roof garden with a shed. But look, this is your area sweetheart.” 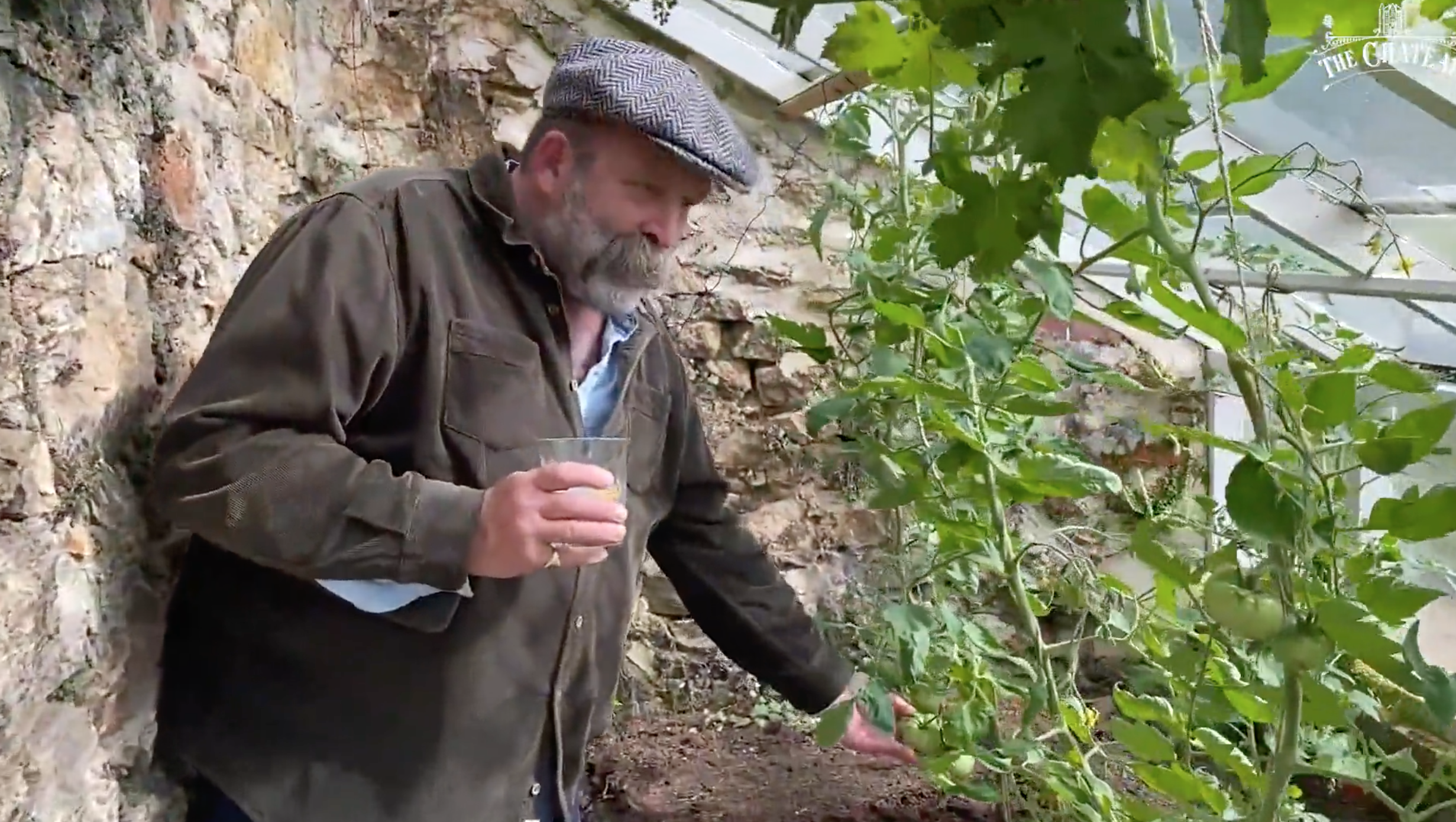 In the background, Dorothy and Arthur played as Dick described the plants they had growing, including tomatoes, cucumbers and peas.

Their latest behind-the-scenes video comes after an original episode of Escape to the Chateau aired on Channel 4, in which the family discovered a large issue.

In an episode last week, Dick Strawbridge gasped "we're f***ed" after spotting a "hopeless" problem with his sprawling property.

Cameras have been documenting the couple for the past five years as they renovate their 19th-century castle. 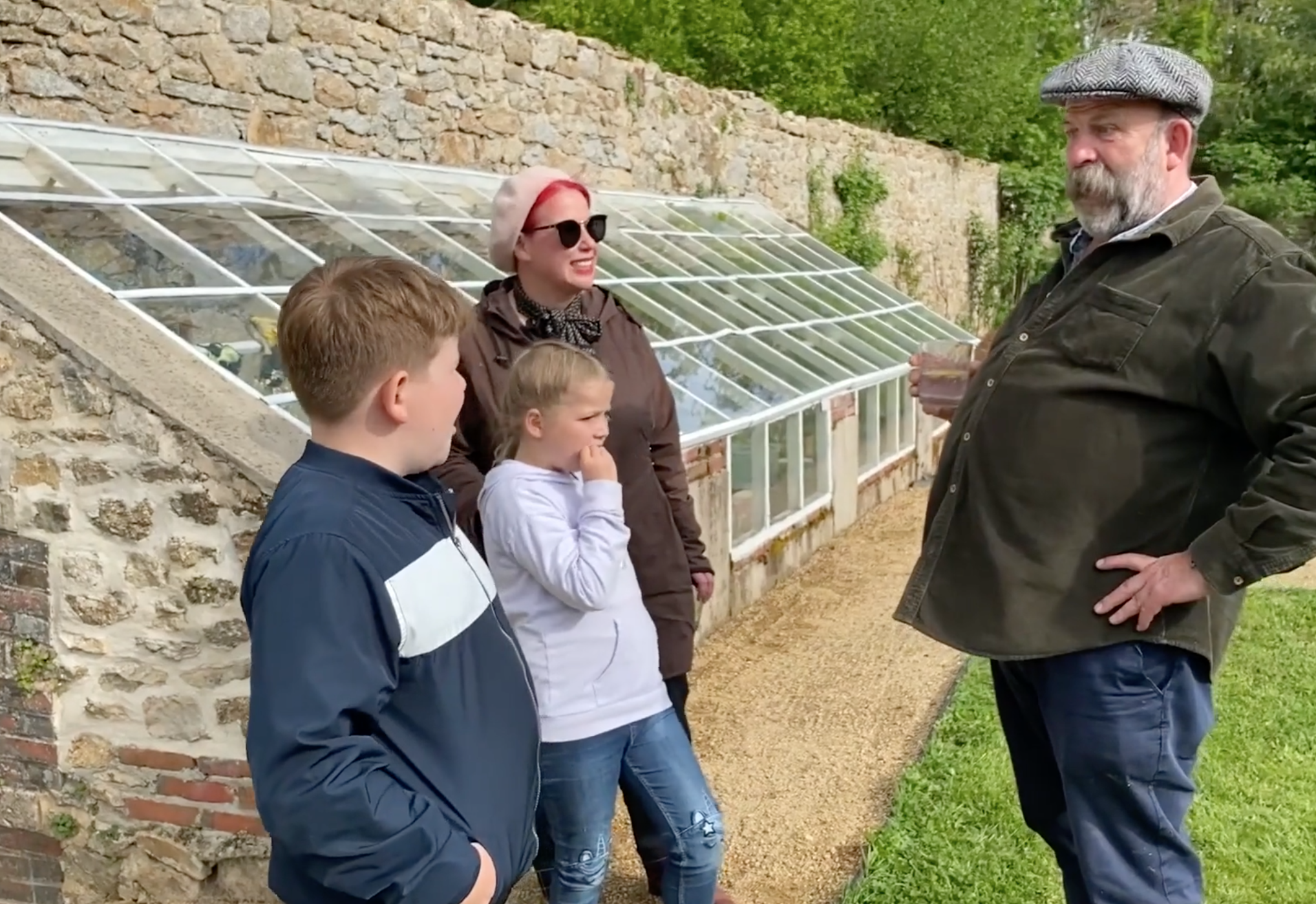 Dick opened up about the challenges of renovating a property of this size, which boasts 12 acres of land, seven outbuildings, five floors with 45 rooms, six chimneys and 15 fireplaces.

They were left stunned when they discovered the number of windows the castle had – leaving a panicked Dick exclaiming "we're f****d".

He added: "If you think today, if you had a plot of land and you were spending £1,000,000 building something, you could never hope to get something as grand as this." 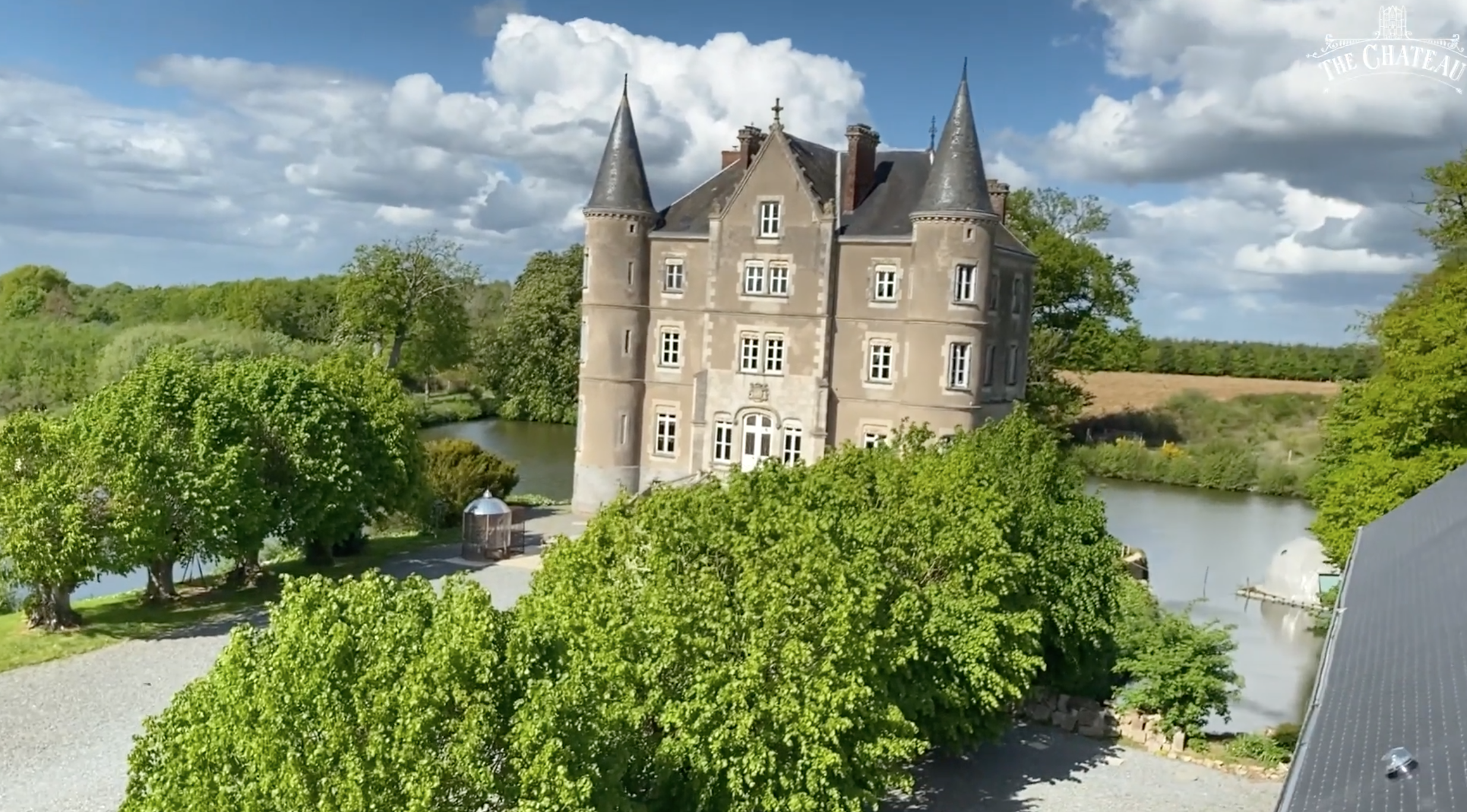 The episode explored the origins of the property, explaining that the Chateau was built as a gift from the young single Baglioni to his wife.

The French may have abandoned these landmarks, knowing what money pits they are. And his first target – the windows.”

Dick discussed the cost, saying: "Divide £1,000,000 of expenditure over six years it took to build it, and we’ve got next to nothing.

The subsequent seven seasons of the show have seen the venue transform into a wedding venue and a thriving business despite the pair only having a shoestring budget.

After the stunning restoration, the public can now book out the chateau for their own weddings.