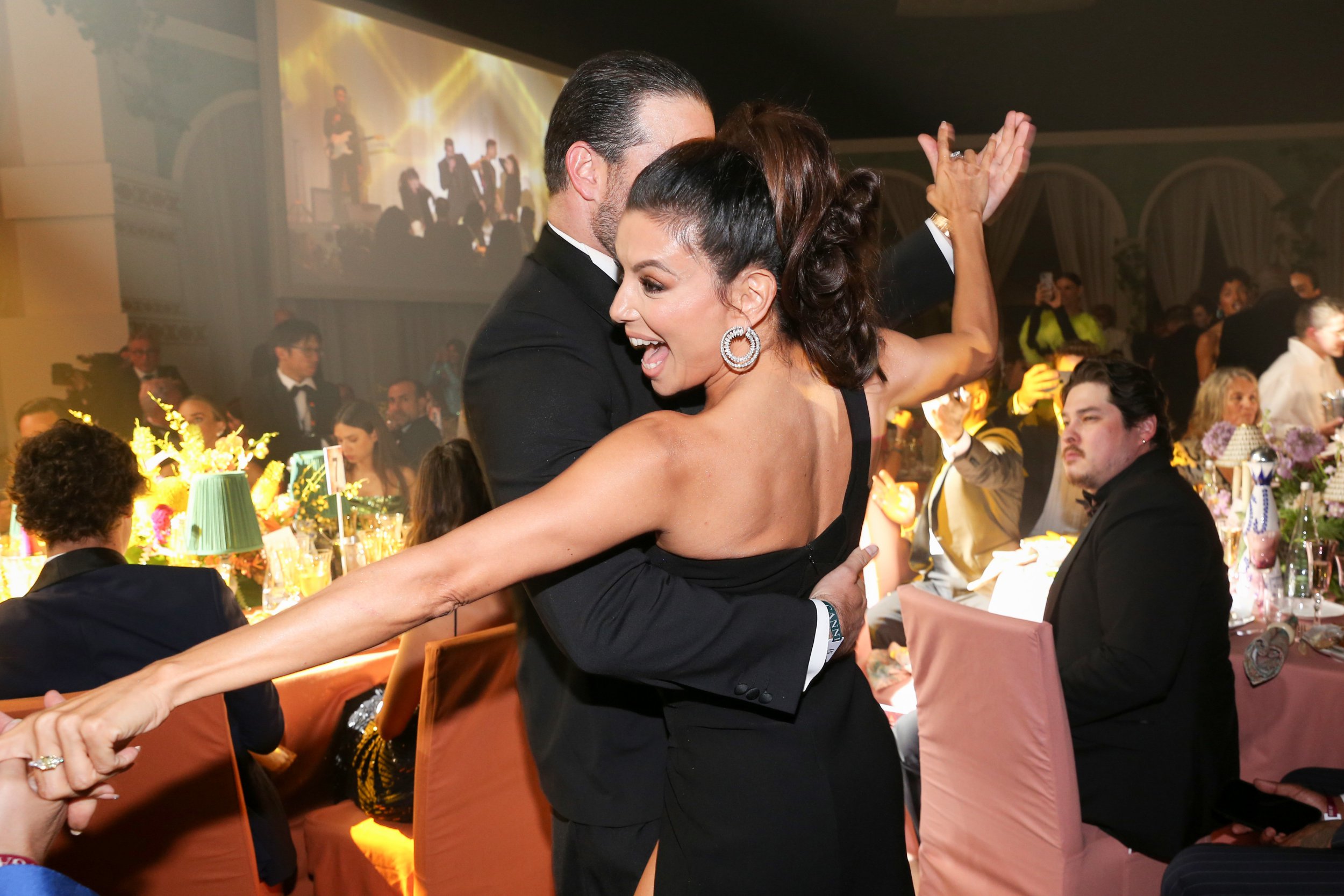 Eva Longoria couldn’t contain her excitement as she stunned in an eye-catching dress at the 2022 AmfAR Gala.

The 47-year-old star was beaming as she arrived with supermodel Natasha Poly at the charity event on Thursday night.

Eva stunned in a daring cut-out gown for the evening during Cannes Film Festival, with a leg-baring split and a cut-out torso, and she completed the look with oval drop diamond earrings.

The night featured thrilling live performances at the Hotel du Cap-Eden-Roc, with Christina Aguilera, Ricky Martin and Charli XCX taking to the stage.

Later on, Eva looked delighted and living her absolute best life as she danced and cheered.

It was a star-studded affair, with Ashley Graham arriving in a mermaid style gown with elegant earrings, while Aguilera posed in a bedazzled black dress gold detail on the sleeves.

Fellow performer Charli XCX took to the stage in a revealing silver ensemble, made up of a silver bra, criss cross midsection and a very short fringed skirt.

Livin’ La Vida Loca hitmaker Ricky Martin turned up the heat with a medley of his hits, stripping off a handsome black suit to show off his guns in a sleeveless shirt.

Supermodel Naomi Campbell looked as stunning as ever in a striking oversized penguin tuxedo before taking it off to reveal a show stopping black dress underneath.

The Crown actress Claire Foy stepped out in a plunging black gown with a matching flowing cape, and the look was rounded off with black heels, emerald earrings and a diamond bracelet.

Meanwhile, Cara Delevingne put on a racy display in a glamorous plunging dress which exposed her torso and showed off her legs in platform heels.

Charity amfAR leads the way around the world when it comes to supporting AIDS research, HIV prevention, treatment education and advocacy, with almost $619 million invested since 1985.

The Cannes Gala has raised more than $245 million over the years to help its vital work, and Robert De Niro was honoured on Thursday night for his philanthropic work.

The 78-year-old big screen icon – who had paid tribute to late Goodfellas co-star Ray Liotta earlier on following his tragic death – kept it classy in a black tuxedo for the night.

He was spotted chatting to actor Leonardo DiCaprio, who kept a low profile in a simple black shirt while his face was covered with a black baseball cap.

There was also a reunion for director Buz Luhrmann posed with his Elvis actor Tom Hanks, who plays Colonel Tom Parker in the Elvis Presley biopic.

Hanks looked smart in a black blazer and matching pants with a pair of glasses, and Baz went for a classic style in a white shirt, black suit and bow tie.