KOURTNEY Kardashian fans slammed the reality for “changing her style” after getting into a relationship with fiance Travis Barker.

The 42-year-old posed in a Guns N’ Roses shirt and leather jacket for a series of new photos, and followers think it’s all just because of her drummer beau. 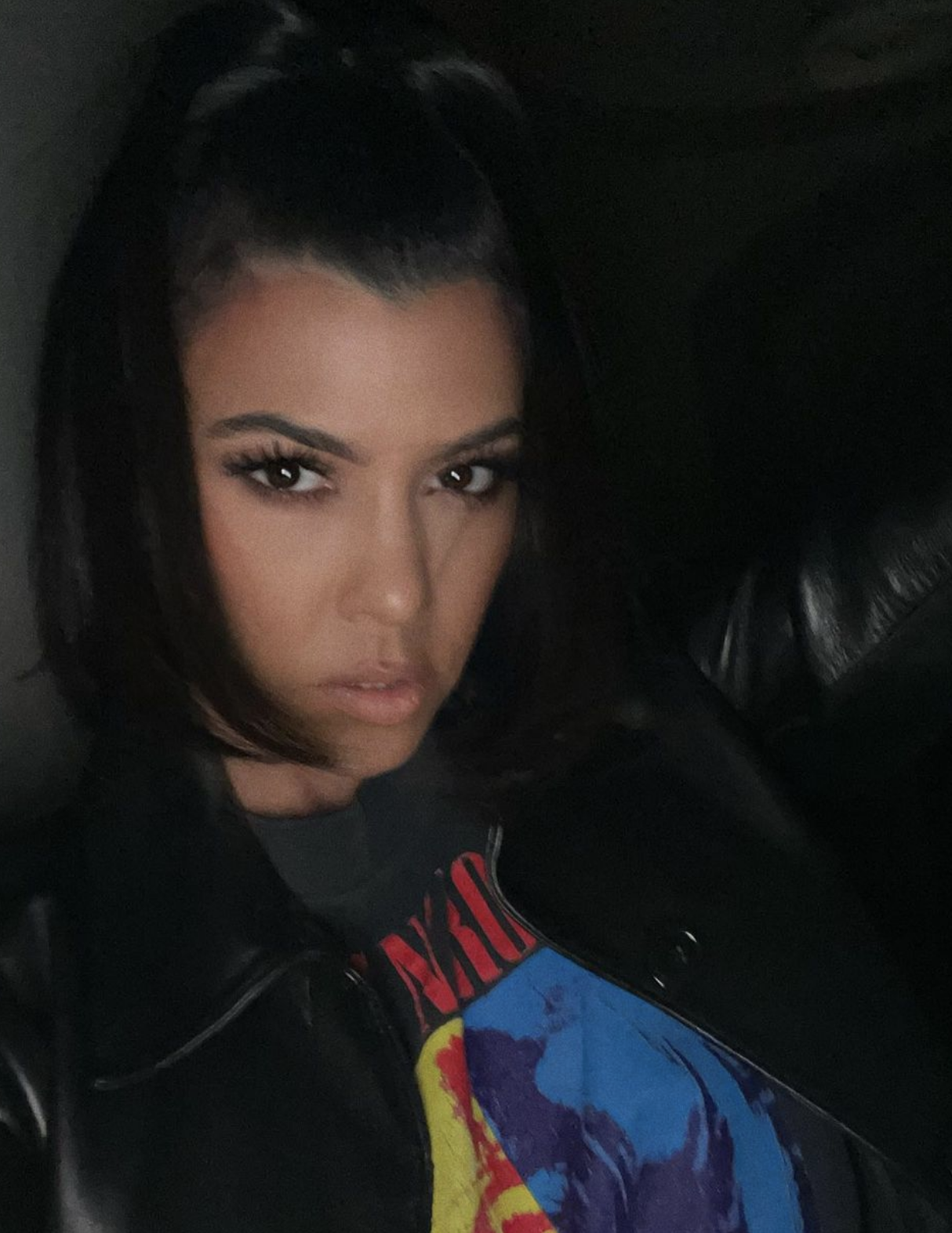 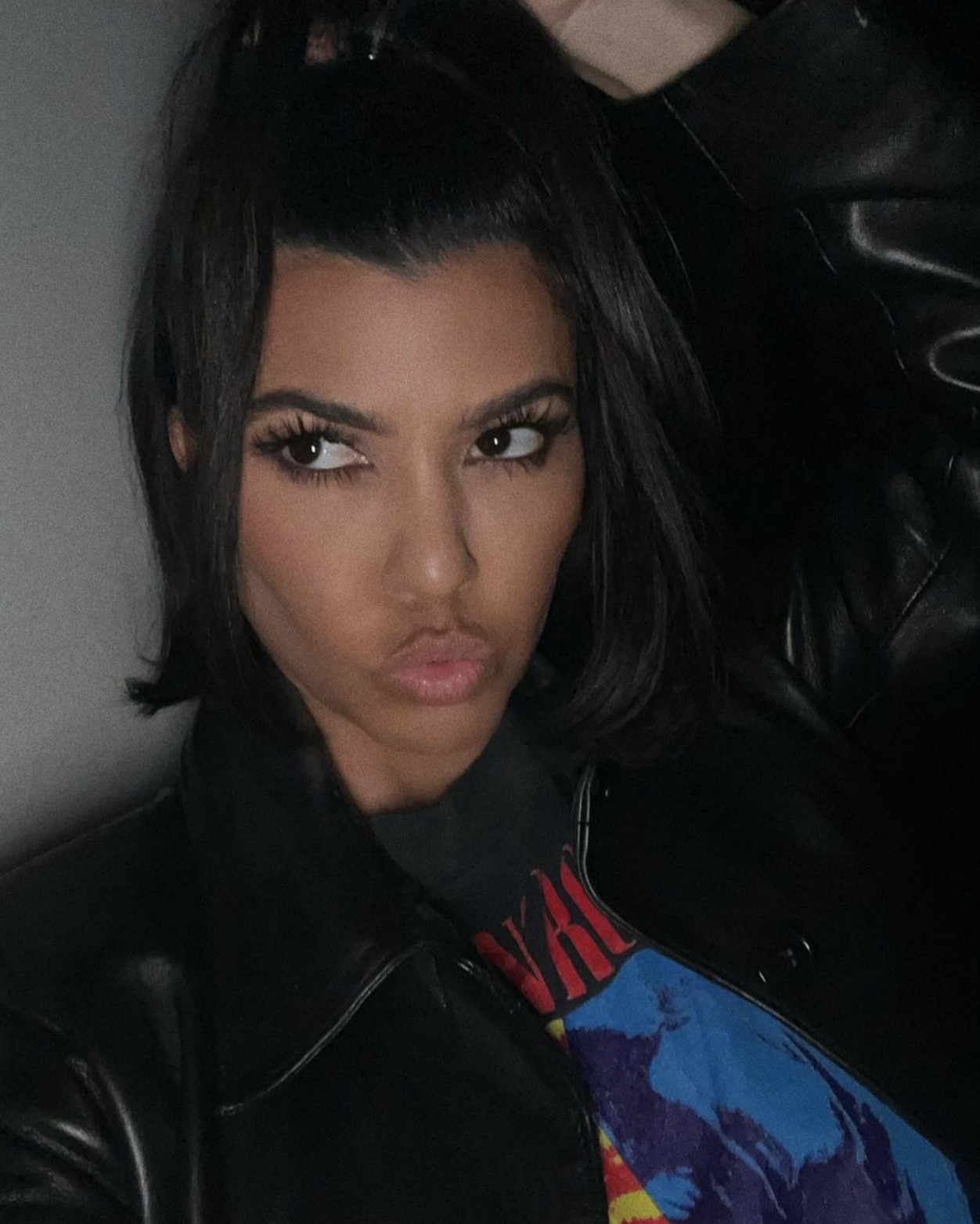 On Thursday, Kourtney shared a collection of new pics, all of them selfies of her wearing a Guns N’ Roses T-shirt.

Along with the band tee, she donned a leather jacket and wore her black hair in a high ponytail.

She finished off the rocker look with a natural pout, bronzed face, and let the focus fall on her eyes, which were done up with long lashes and thick mascara.

Kourt also smudged black liner on her upper and bottom lash lines for an even more dramatic look.

In the first snap, she stared inensely at the camera, while the second saw her give a duck face as she looked off to the side.

She made a funny face in one of the others, with her sticking out her tongue and touching her closed eyelids. 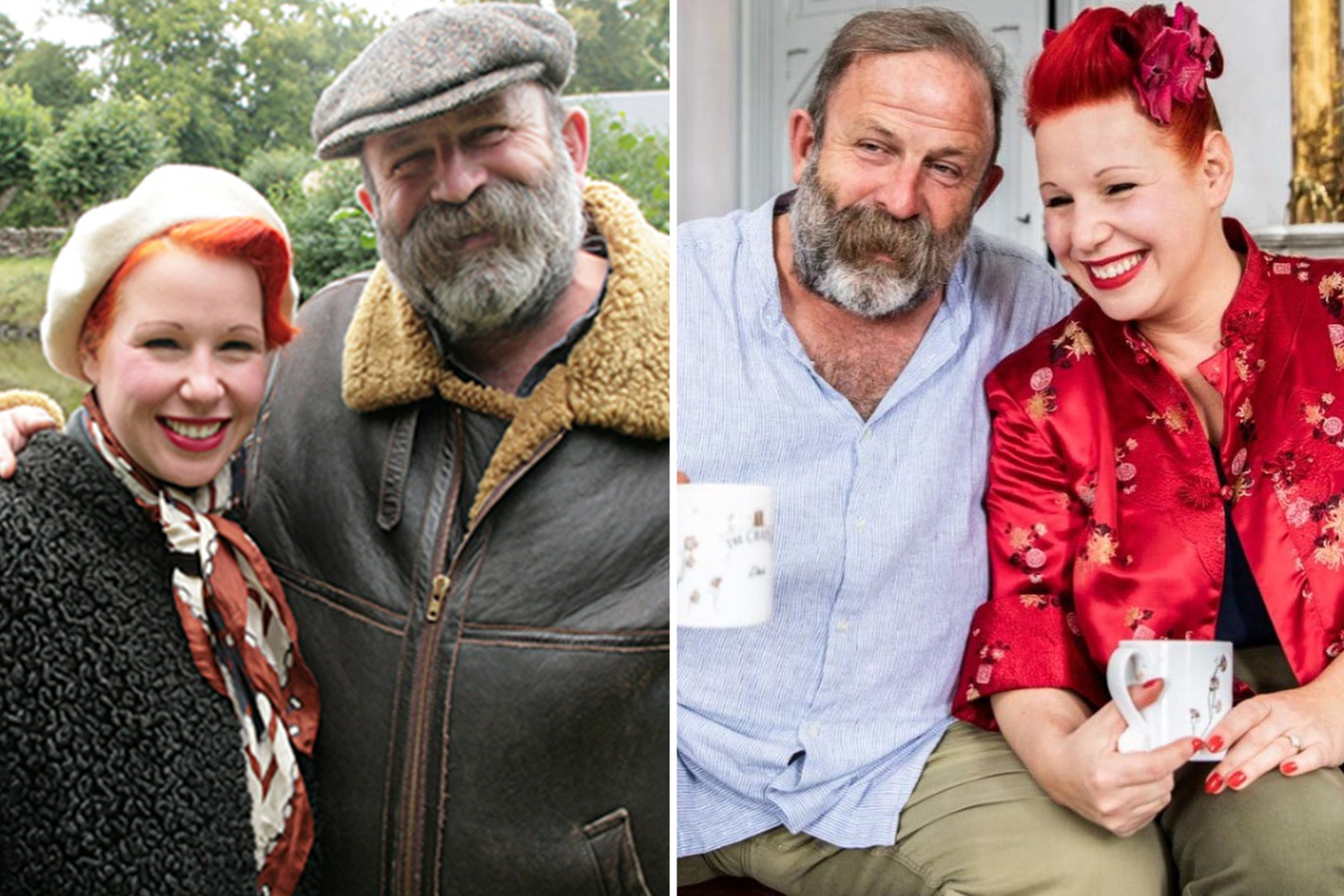 The final shot was as close-up of her face, right in front of the lens.

“Use your illusion,” the Keeping Up With the Kardashians alum captioned the post.

Fans accused her of changing her style to match that of her Blink-182 rocker boyfriend.

One annoyed follower commented: “You conform to every person you date.”

A second wrote: “As beautiful as she is, there’s not an ounce of originality.”

Some sarcastically wrote that she’s “so edgy now,” while others joked that this was her way of saying to her fiance: “Trav look im punk rawk!”

Kourtney’s style isn’t the only change that fans have been upset about since she started her romance with Travis.

The reality star and her fiance have been slammed in recent months for their consistent PDA-filled photos and videos.

The 42-year-old reality star and 46-year-old drummer got engaged in October and have been together for about a year, sharing kissing photos and more along the way.

The pair are usually seen cuddling and kissing, snuggling and straddling in their social media posts.

Fans have often called them out on the "over-the-top" PDA, and they were especially not happy to see the couple acting this way in a TikTok video with Kourtney's daughter, Penelope.

Kourtney and Travis joined the nine-year-old for the social media video, and fans slammed the couple for turning an innocent clip with Penelope into a "PG 13" video.

In the footage, the trio spun around in circles while the song Helicopter played in the background.

They laughed as they whipped round and round until Kourtney and her man paused for an intimate hug.

Before the video cut off, the youngster then whirled around and caught the couple nuzzling each other's necks.

Fans were disturbed by the ending and slammed the pair for their incessant PDA, with one asking: "Why did they just randomly start hugging?"

"IT WAS SO AWKWARD AT THE END," another ranted.

Kourtney and Travis' followers have been begging them to "stop" with the constant PDA in their online content.

The flood of comments arrived again last month when Travis kissed her foot in an Instagram photo.

He captioned the post, which showed him kissing the bottom of Kourtney's foot, "All I want for Christmas."

Kourtney replied in the comments: "you've been extra good."

Sending everyone into a frenzy, one wrote: "Travis wtf," while another said, "Yo what?" 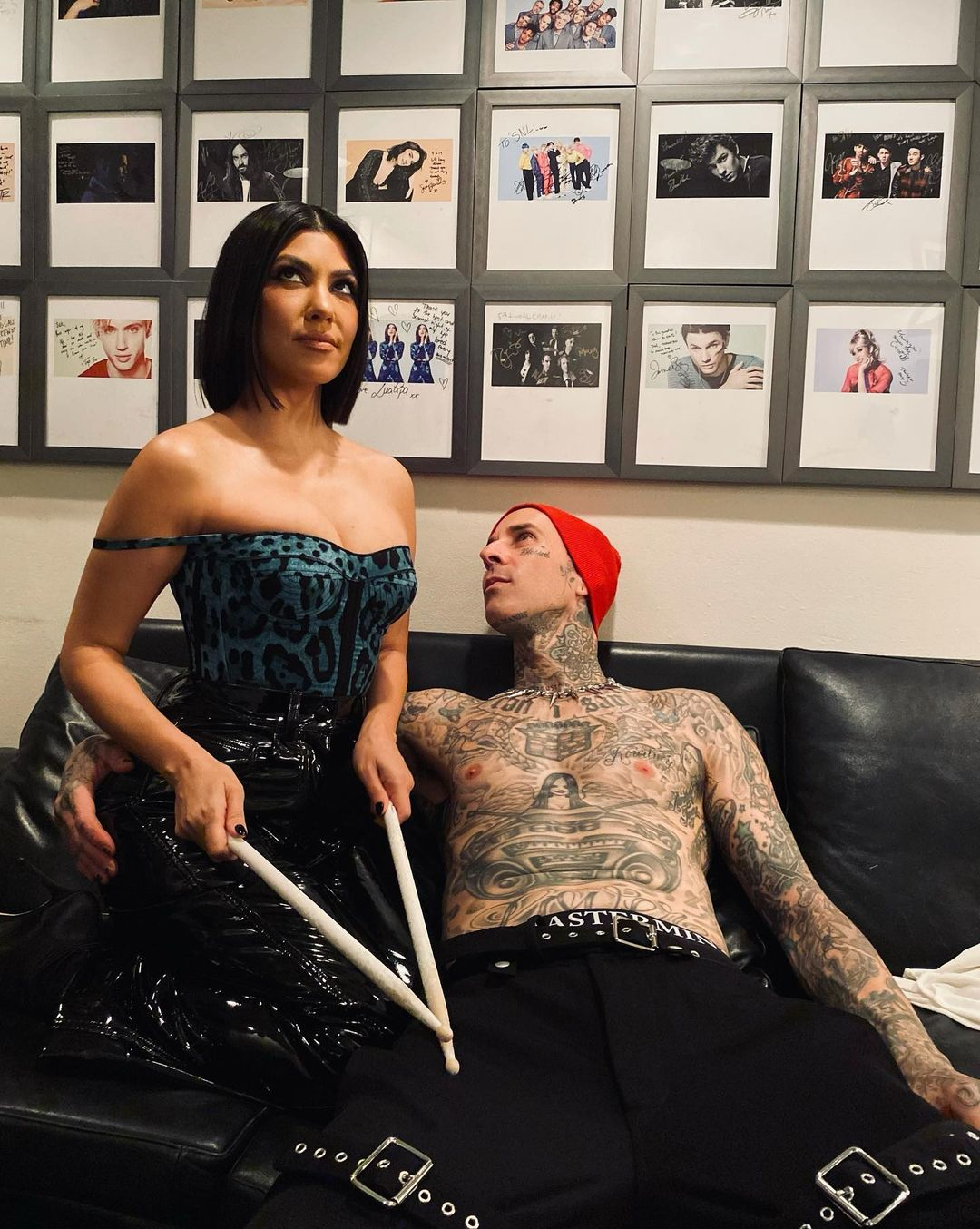 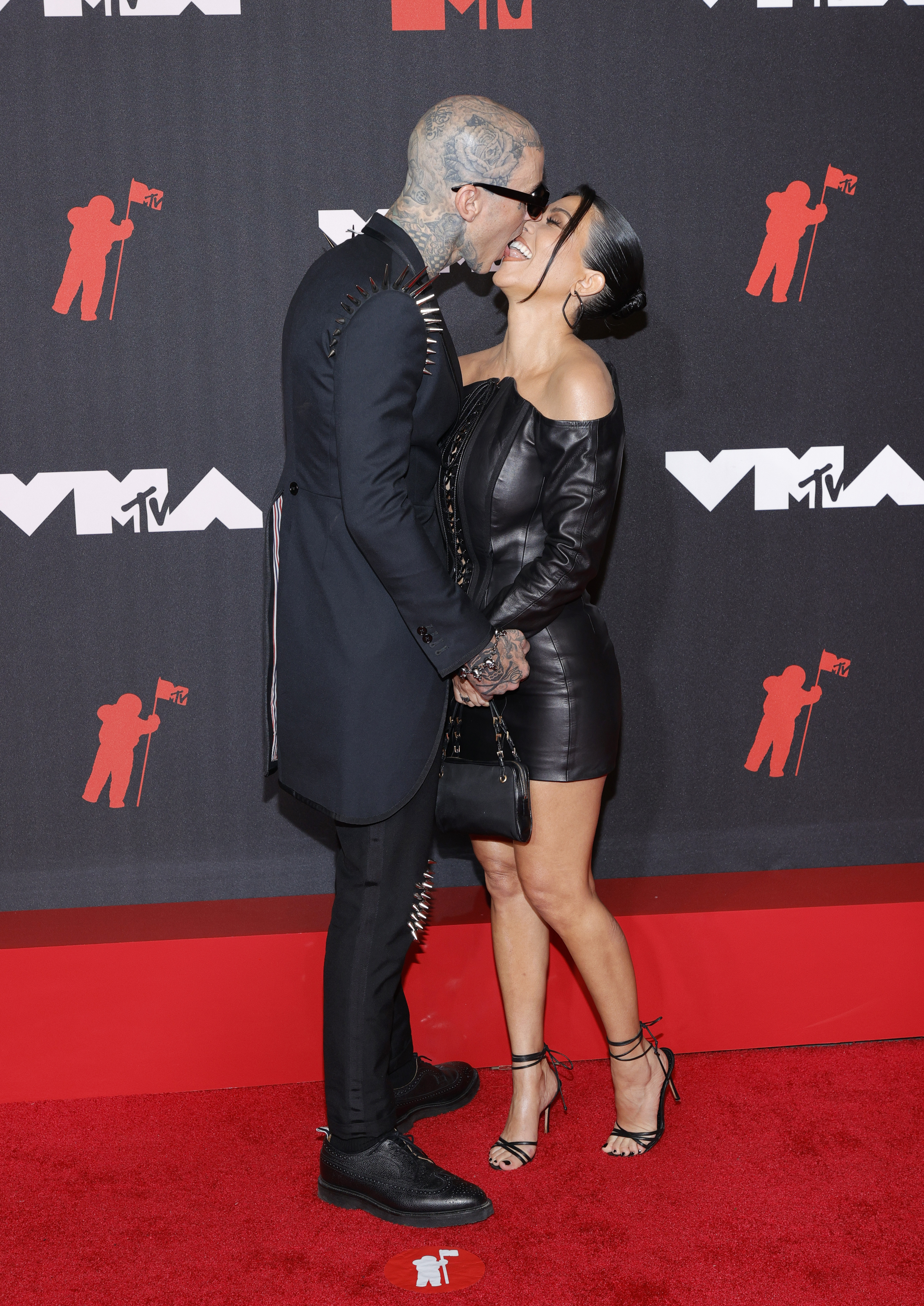