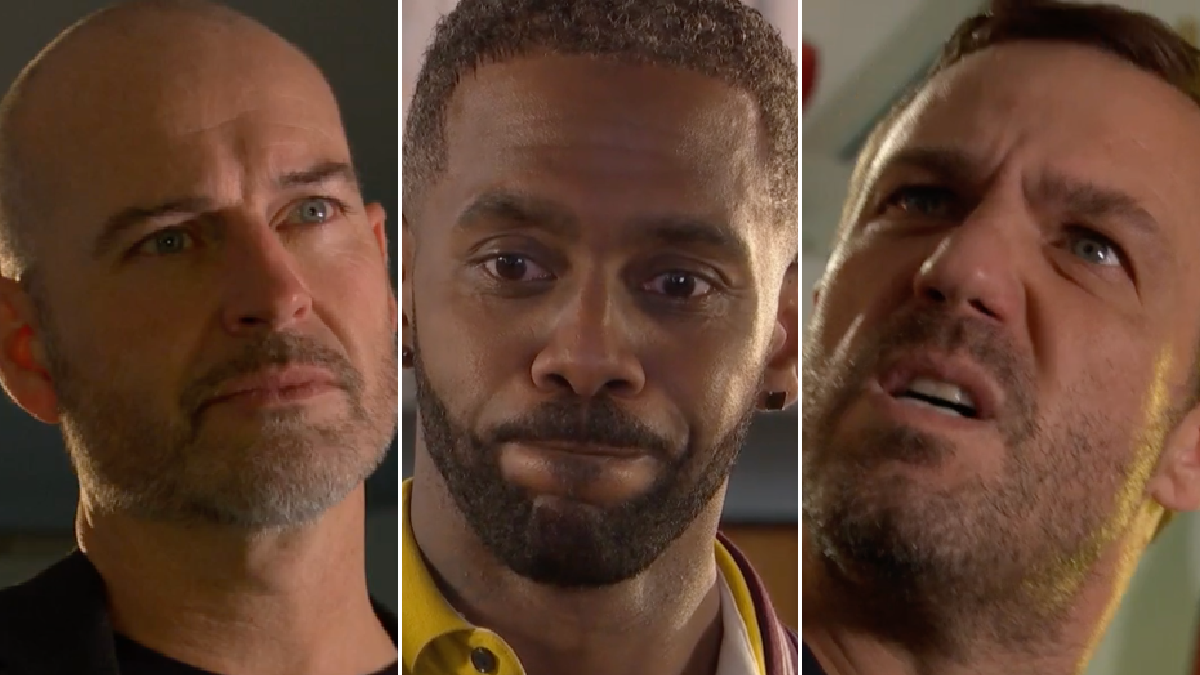 Warren has been on a downward spiral since crossing paths with Fergus, arguably sinking to a new low on a daily basis.

The gangster had a role to play in the incident which nearly killed Darren Osborne (Ashley Taylor Dawson) earlier this year, he attacked Walter Deveraux (Trevor A Toussaint), and even killed Brody Hudson (Adam Woodward)!

Felix, meanwhile, has been attempting to stay on the straight and narrow, and prove to Martine (Kelle Bryan) that he can be there for her throughout her cancer battle.

But upon discovering that Warren assaulted Walter, he decided it was necessary to take action, and thus tipped the police off about Warren and Fergus’ little drugs plot.

Warren and Fergus were none-the-wiser – that is, until they received an anonymous tip off, revealing that the police were on to them.

Fergus was baffled, but Warren knew full well that Felix was involved. Felix, while evidently upset that his plan backfired, was more interested in focusing on Martine, who was preparing to go in for her surgery.

Warren was fuming, as was Fergus, who decided to manipulate his partner into taking action.

‘You obviously haven’t got the guts to do [anything],’ he said. Warren wasn’t too pleased, and therefore told Fergus that he will do whatever is necessary to stop Felix, telling his partner he he will kill Felix!

Felix, meanwhile, bid farewell to Martine ahead of her operation, reiterating that he will be by her side when she opens her eyes, and that he will propose to her once more.

The question is: will he? Or will Warren follow through on his promise and murder Felix?