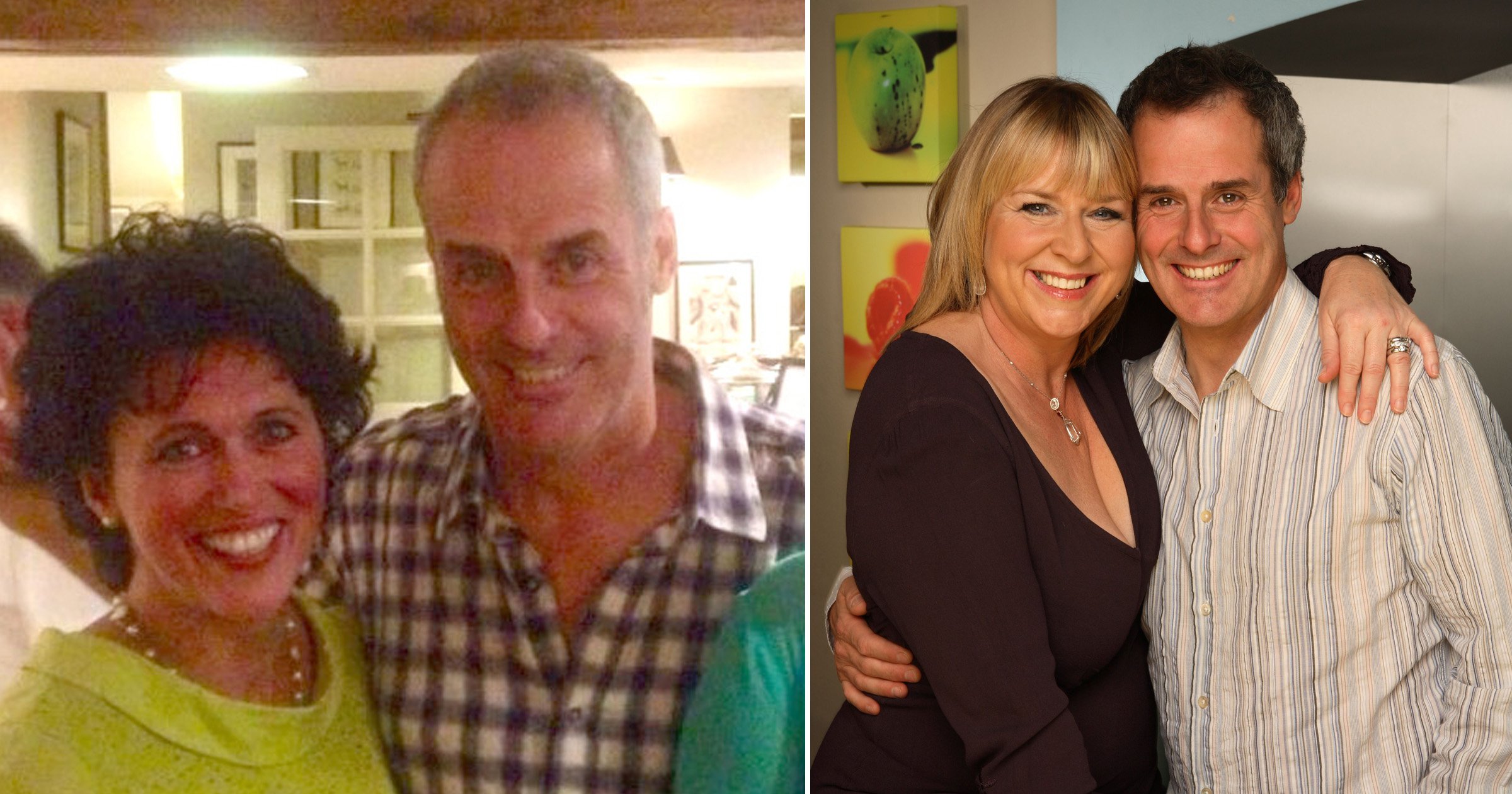 Fern Britton’s ex-husband Phil Vickery has been pictured kissing her best friend in the street but the presenter shut down claims she was ‘heartbroken’ by the images.

Phil, 61, was photographed sharing a kiss with Lorraine Stanton, 58, who is a friend of Fern, 65, as the pair parted ways in the street in London.

The pair were seen locking lips in the street with a series of suitcases and overnight bags between them at around 2pm after emerging from a property in Mayfair.

A source told The Sun: ‘They look like teenagers in love and that will be just so hurtful for Fern.’

They added ‘They are two of the most important people in her life and them behaving this way in public will feel like a betrayal.’

However, Fern took to Twitter to deny claims that she had been left feeling ‘heartbroken’ by the images, adding: ‘It is not true.’

Phil and Fern, who share daughter Winnie, 21, had been married for 20 years before announcing they were separating in 2020 and she has had a long-standing friendship with hospitality worker Lorraine.

The pair had ended their relationship in January 2020 and Fern revealed to Good Housekeeping last year that she was adjusting to her new life after the loss of her parents and the breakdown of her marriage.

She explained: ‘I’m not afraid of change…The last three years have been very hard; I lost my parents, I lost my marriage.

‘I lost my other home in Buckinghamshire, too, because Phil lives there now and I’m in Cornwall. But the magic I’ve found here is incredible.

‘I’m not lonely but I’m in this transition period where I’m working out what’s next for me.

Announcing their split, Fern said in a statement at the time: ‘After more than 20 happy years together, Phil and I have decided to go our separate ways.

‘We will always share a great friendship and our lovely children. We would appreciate it if our privacy is respected at this time. Thank you for your continued kindness and support.’

Metro.co.uk has contacted reps for Fern Britton and Phil Vickery for comment.