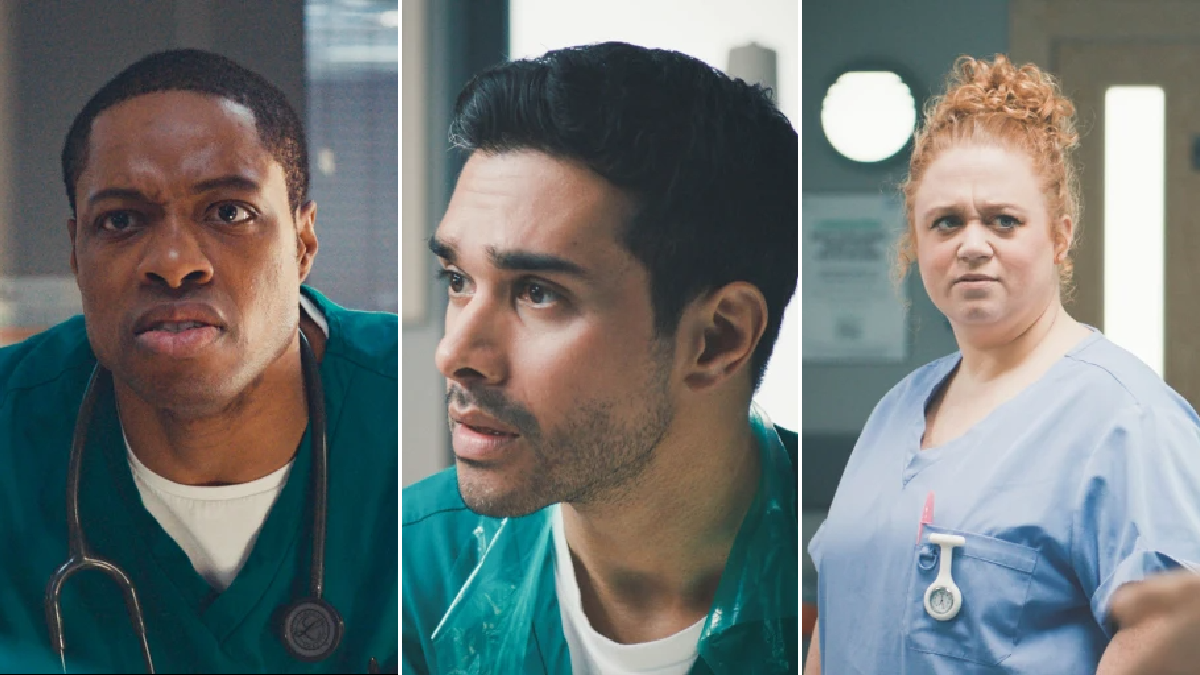 For some fans, it’s fine – they still have Casualty. But for others, they’re at a loss over how to fill the medical drama-based void in their lives. Casualty now has the perfect opportunity to seriously step up its game to bring in new viewers and Holby fans – and they need to do it.

It pains me to say it, it really does. I love Casualty and have done for years. Iain’s (Michael Stevenson) mental health storyline changed my life in more ways than one – but that was a few years ago. Let’s talk about the present.

One of the main issues is the characters – the heart of the show. Most people don’t watch a continuing drama or a soap for things like the realism of a set or whether a medical procedure is explained correctly – they watch it for the characters, the people who are like you and I and are constantly there.

Some of the characters in Casualty are strong. Look at Dylan (Will Beck), Iain and David (Jason Durr), three incredibly complex members of the ED who are interesting on screen because of what they’ve been through.

But a lot of the characters are not, which is a problem.

Currently, Matthew (Osi Okerafor) is in the middle of a storyline that sees how his PTSD impacts his working life and relationship with Stevie (Elinor Lawless).

Take Matthew aside and you’ve got a strong plot that explores an important subject and looks at how different people perceive someone who’s yet to admit they have a problem and accept help.

However, add Matthew back into the narrative and it’s weakened – because a lot of people can’t sympathise with him.

Plus, if it wasn’t for him running off and delaying Fenisha’s (Olivia D’Lima) wedding, she and Lev (Uriel Emil) would probably still be alive.

There’s Robyn (Amanda Henderson) as well. A few years ago, when she was in the middle of a storyline that saw her dying husband pass away, Robyn was a great character to watch. Seeing her come to terms with looking after her daughter on her own and work for the NHS was that all important factor: relatable.

Now, we barely see her and when we do, she’s busy in an on/off relationship with new receptionist Paul (Paul Popplewell) – who’s not exactly bursting with storyline possibilities.

When I watch a drama, be it a continuing one or not, I need to root for characters, and I need to care for them. The poor character development of Matthew since his arrival has impacted what he’s going through and now, when I watch him on screen, I’m bored.

Negatives aside, Casualty does also have characters who show great potential.

And then there’s Rash (Neet Mohan).

After meeting the sister of an old friend, Rash found himself helping members of a gang who were too afraid to attend hospital for fear of ending up behind bars.

The ordeal was horrific for Rash, who was bundled into a car and even watched a tortured Hafsa die.

And then that was it.

We left the episode with Rash telling his father there was ‘something he had to do’ and then when we saw him again, he was fine.

The story was interesting, seeing Rash in a different light was refreshing, but no follow through with the plot is so frustrating.

I wanted to know how Rash was after the ordeal. Why didn’t watching his friend die impact him more? What happened after his phoned his dad?

By taking away the realism in the aftermath seriously impacts the character and the audiences’ investment – and it keeps happening, which is why longer, and fewer character arcs are so important when it comes to Casualty improving.

When the focus was just on Iain, or Duffy, or Connie, I was a lot more dedicated to the show. I would sit down on a Saturday evening and think ‘oh I wonder how Duffy is’ or ‘I wonder if Iain will ask for help tonight’.

Perhaps another issue is the fact there is so much going on. The show isn’t using the ‘continuing’ part of ‘continuing drama’ to its advantage.

Soon, Ollie (Harry Collett) will experience social isolation and depression, which tests his relationship with David (Jason Durr) – his father who definitely doesn’t know what teenagers go through these days.

My hopes for the storyline are simple. It needs to air for a longer period of time, to show viewers depression doesn’t go away in a matter of weeks, and it needs to be consistent. I want to care about what Ollie is going through, but I don’t want four other storylines to interrupt it. I want to watch an episode with him and when I see him again, I should remember what happened because the story aired a week before – not a month.

Take away the standalone episodes and focus on one, maybe two narratives to enrich them, make them stronger, make the viewers care again.

I’m not saying Casualty needs to turn into Holby City, but what I am saying is that this medical drama now has the perfect opportunity to learn from the success of its sister show, to take a leaf or two out of their book and improve storytelling and character development.

I just hope they take it.