The documentary which charts Madden’s rise to one of the sports world’s most notable personalities, was one of Thursday night’s top-rated programs. Earning a 0.4 rating in the 18-49 demo and 1.88 million viewers, All Madden tied with a repeat of Young Sheldon (0.4, 4.03M) on CBS to rule Thursday’s demo. All Madden was released just three days before Madden died. He was 85 years old.

Young Sheldon was the most-watched program of Thursdsay evening. All Madden and Young Sheldon topped ABC’s showing of Frozen (0.3, 2.17M), repeats of Law & Order: SVU on NBC and more.

NBC’s Thursday evening peaked with Law & Order: SVU in the 9 p.m. hour (0.3, 2.40M), outperforming Ghosts, B Positive, and Call Me Kat which followed All Madden on Fox. CW revisited the iHeart Radio Music Festival, airing highlights from night one. The two-hour look-back at the festival earned a 0.1 demo rating and reached fewer than 600,000 viewers.

Come next Thursday, viewers will get over the repeat rut and can help themselves to new episodes of a number of titles including Ghosts, The Blacklist and Law & Order: SVU. The first Thursday of 2021 will also tout the premieres of Women of the Movement and Joe Millionaire: For Richer and Poorer. 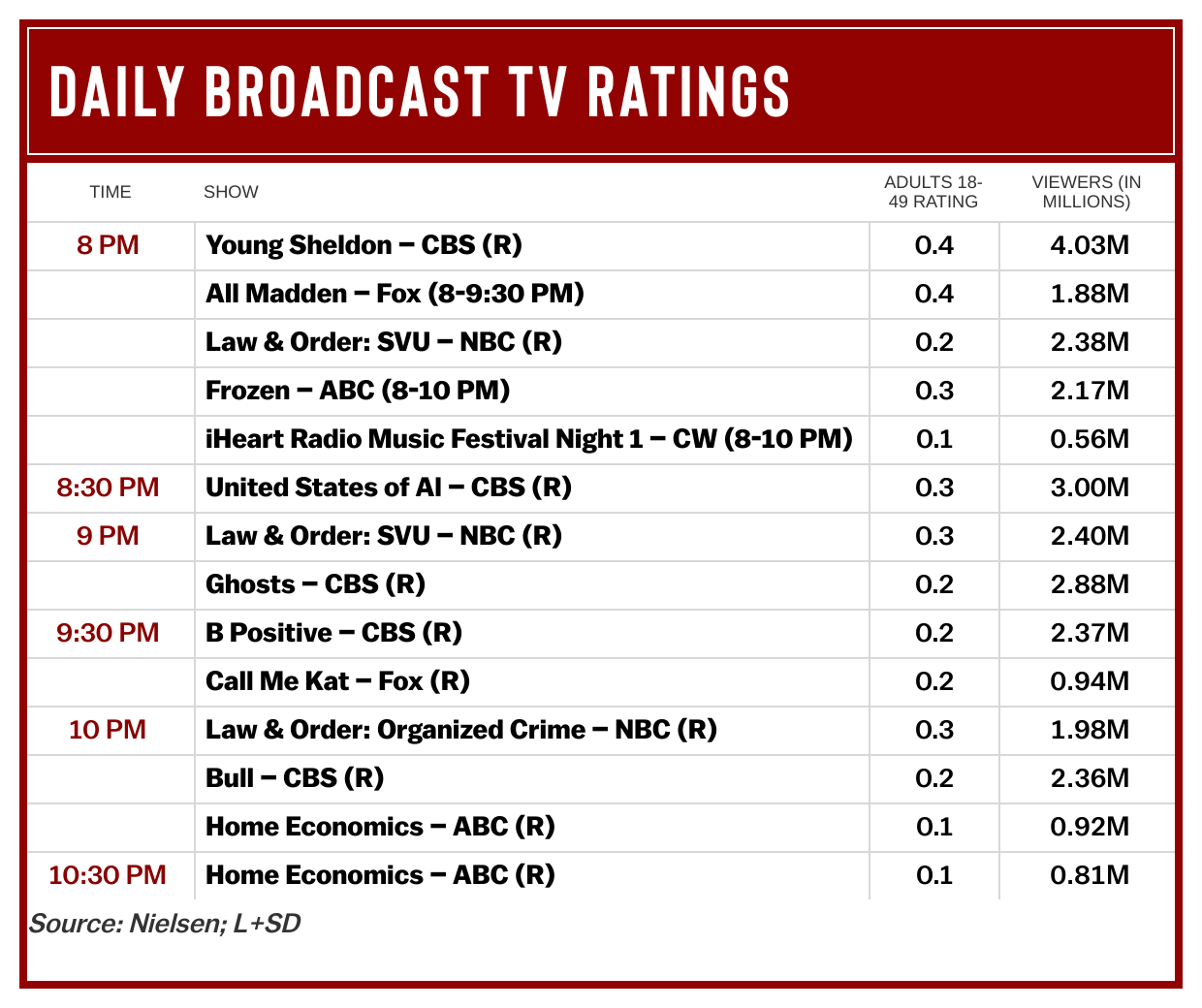