Game of Thrones mistakes: From the Starbucks coffee cup to Gendry Rivers Warning serious spoilers for Game of Thrones series 8 below

In series eight, episode four, keen-sighted fans were quick to point out a rather unusual addition to the post-war feast.

While Winterfell was celebrating the defeat of the Night King and his White Walker army, one participant was obviously still feeling tired from the battle as a Starbucks coffee cup was seen on a table in front of Daenerys (played by Emilia Clarke).

According to Bernie Caulfield, an executive producer on the show, the cup in question was just a simple mistake.

Read More: Game of Thrones season 8 episodes: How many episodes are in series 8? 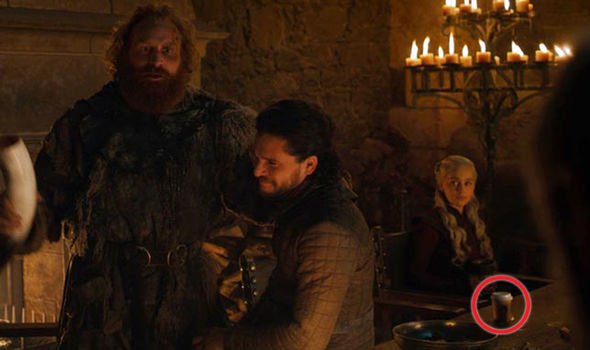 In the first episode of this season, Daenerys’ hairstyle seemed to mysteriously change between shots.

Daenerys often has elaborate plaited braids which wind around her head, much like Sansa Stark (Sophie Turner) does.

However, it seemed hairstylists either couldn’t agree or remember which style she had worn previously.

One set of braids seemed to circle her head in almost a spherical shape, while the other weaved across her head with a lot less plaiting.

Jaime incorrectly remembering how he murdered his cousin

Fans rejoiced when Jaime Lannister (Nikolaj Coster-Waldau) and Brienne of Tarth (Gwendoline Christie) finally got together in The Last of the Starks.

However, Jaime fled in the middle of the night and pushed Brienne away, seemingly choosing his sister Cersei Lannister (Lena Headey) over the knight.

He told Brienne: “I pushed a boy out of a tower window and crippled him for life, for Cersei.

“I strangled my cousin with my own hands, just to get back to Cersei.

“I would have murdered every man, woman and child in Riverrun for Cersei. 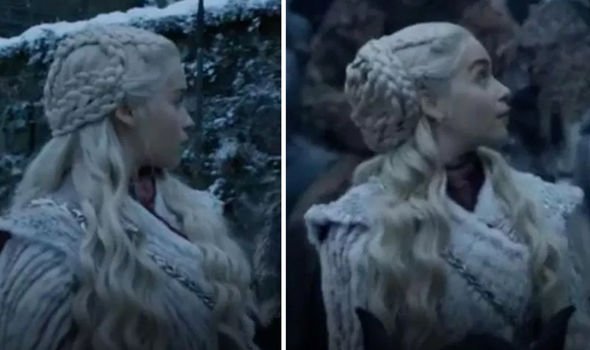 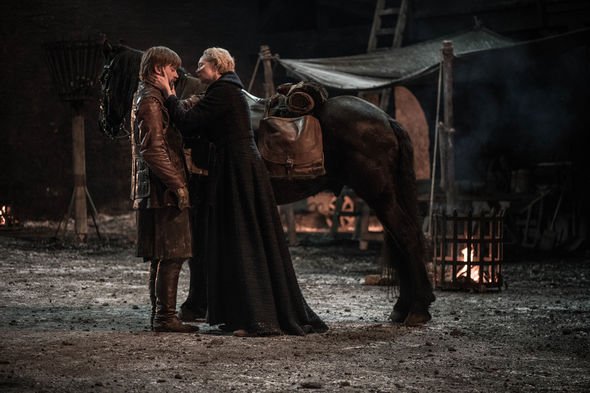 Although this moment was devastating as Brienne cried when Jaime rode away, something was not quite right about the Kingslayer’s statement.

In season two, episode seven titled A Man Without Honour, Jaime does indeed kill his cousin Alton Lannister (Karl Davies), but not by strangulation.

Jaime beats Alton to death inside a prison cell as they are held captive by Robb Stark (Richard Madden).

He does strangle someone, but it is the Karstark guard who comes to investigate the noise from the cell, not his cousin.

Gendry’s bastard name was said to be Rivers

Another confusion occurred after Daenerys bestowed the title of Lord of Storm’s End upon Gendry (Joe Dempsie).

Fans were quick to query this on Reddit with one asking: “Did anyone notice that Gendry referred to himself as “Gendry Rivers” in Episode 4? I’m 100% sure his last name was “Waters”?”

Another tried to explain: “Technically Gendry would never have had a last name as he was unaware of his parentage. 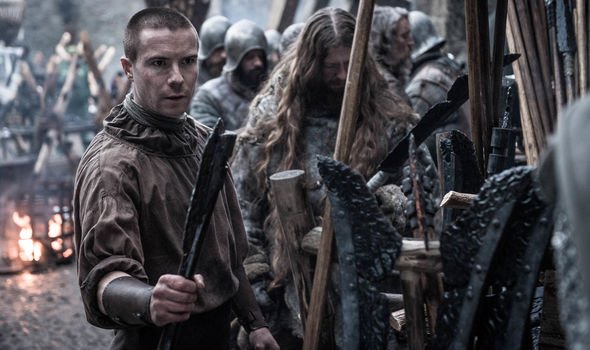 “Only bastards with at least one high born parent take one of the standard bastard surnames.

“Still doesn’t explain why he said his last name was Rivers though.”