The Bachelorette star Garrett Yrigoyen hasn’t said much about his split with Becca Kufrin.

The two called it quits earlier this year after trouble started brewing.

Blue Lives Matter is a focus on police officers who lost their lives on the front lines.

As Becca pointed out previously, Garrett supports police officers because he had a friend who was shot in the head, and this matter is important to him.

But Rachel Lindsay, one of Becca’s friends and her podcast co-host, was furious with Garrett. Within months, Becca and Garrett pulled the plug on their engagement.

It appears that Garrett has moved on with another woman.

On his Instagram this weekend, Garrett posted a photo of himself with a new woman, writing, “Happy Halloween. Picked up a special pumpkin at the patch.” 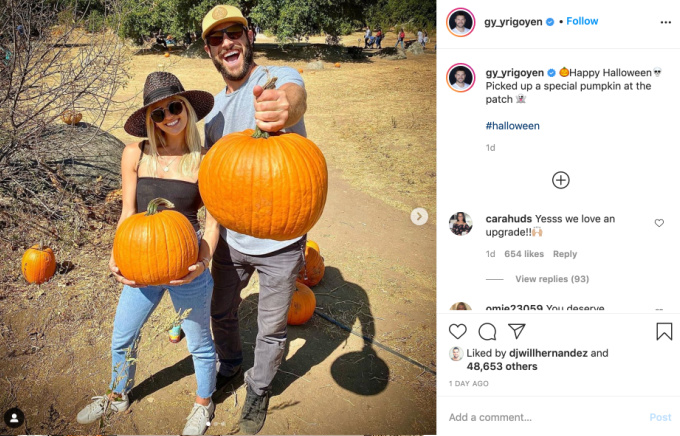 He even shared a close-up photo of them so that fans could see her face. 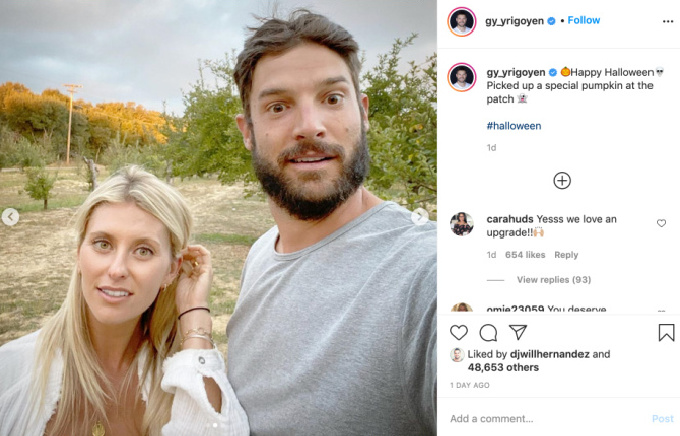 He never confirmed he split from Becca. She was the one who handled the announcement and addressed the reasons behind the split.

We don’t know all the details about what happened behind the scenes, and Becca didn’t clarify everything that happened leading up to the split. In fact, she waited several weeks to confirm the news that they had split.

Becca has revealed there was more to their breakup than his support for the Blue Lives Matter movement. There were some fundamental differences between them.

While Garrett never issued a full statement about their split, he deleted Becca’s photos from his Instagram account in early October. Now that we are at the beginning of November, it seems he moved on quickly if he is indeed dating someone new.

Garrett and Becca were engaged for a couple of years. She relocated to Los Angeles after their split.

The Bachelorette airs Thursday at 8/7c on ABC.