Flying high on a vaccinated California opening up and ramping up economically, Gavin Newsom today gave the Golden State’s efforts to attract more Hollywood business a shot in the arm.

A $30 million dollar shot in the Film and TV tax credit arm to be exact.

Handing out billions in proposed infrastructure funding on Friday, the recall-facing Governor also fired a shot across the bow at the production rich Peach State and its widely decried new restrictions on voting rights. 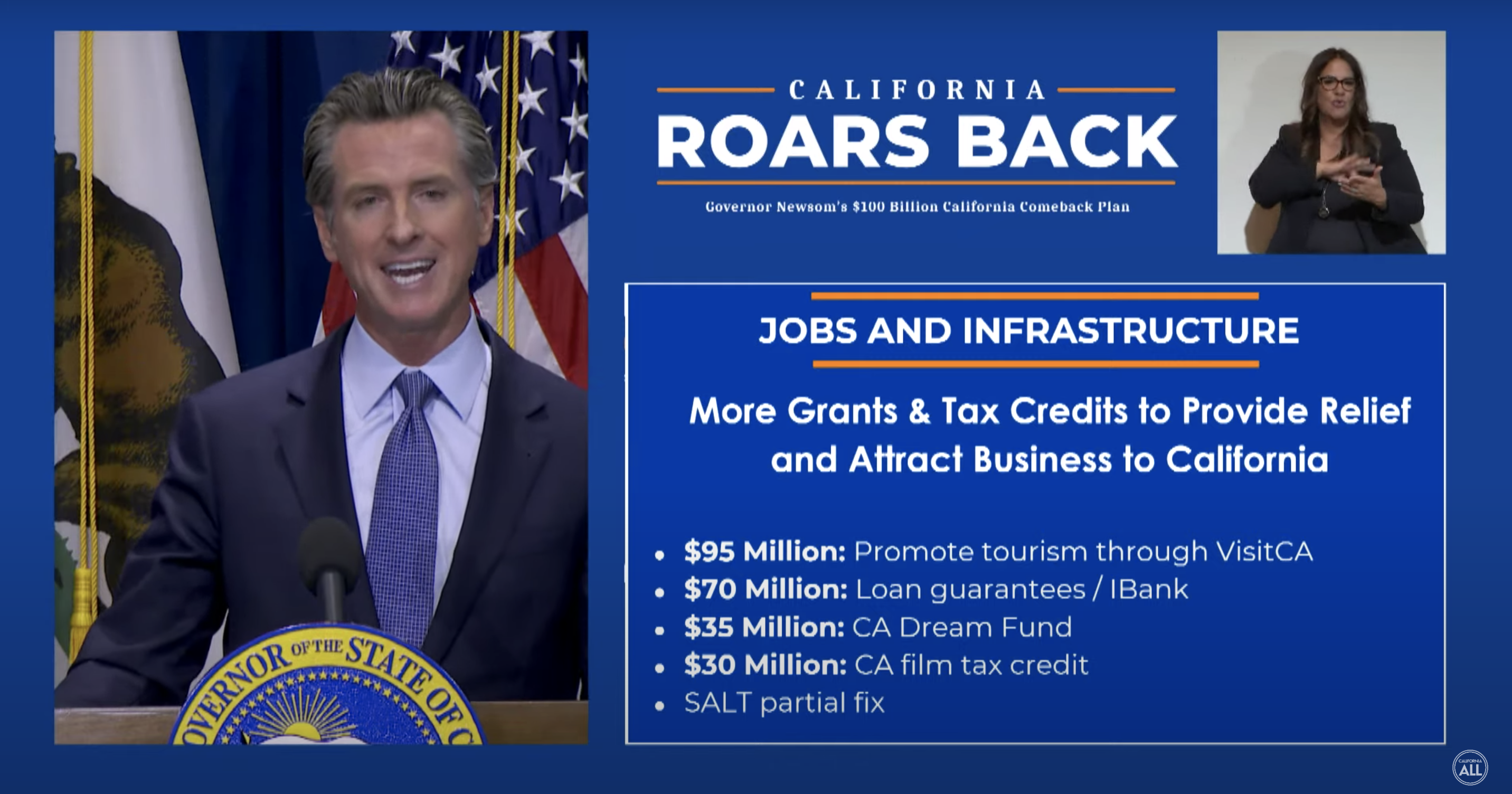 “This is an opportunity for those productions, TV and others, in places like Georgia, whose values don’t necessarily align with the productions crews to consider coming back to the state of California,” first term Democrat Newsom said in a wide-ranging address today. “And that’s what that $30 million intends to do,”  the Governor added.

Newsom never mentioned the likes of Disney+’s Atlanta-based The Falcon and The Winter Soldier, but clearly such big birds are what the Governor is thinking of with this new deposit of sorts.

Coming out of a $75 billion state budget surplus, the new funds would be in addition to the $330 million the California Film Commission already administers annually in incentives for the big and small screen.

“The governor is excited to provide additional support to the entertainment industry, which is a pilar of California’s economy and has been hard-hit during the pandemic,” said Dee Dee Myers, Director of the Office of Business and Economic Development, which includes the CFC. “And as the governor said, if there’s a production out there that feels another state’s values don’t align with theirs, California would be delighted to welcome them back!”

In fact, Cali has been welcoming quite a few series back or anew.

Set to run for several more years at least, the hefty allotment was introduced back in 2014 and signed into law by then Governor Jerry Brown as a replacement for the widely derided $100 million lottery-based system the state had previously. Along with adding big budget tentpoles to the program, the increased and jobs centric effort has made snagging shows and movies from other jurisdictions like Georgia a top priority over the years.

Around two dozen shows have relocated to California from the Peach State, New York and British Columbia up in Canada over the past seven years. HBO Max’s The Flight Attendant and TBS’ Chad, filmed in the Empire State and Vancouver respectively, were awarded relocating series incentives last month to shoot their second seasons in the home of Hollywood.