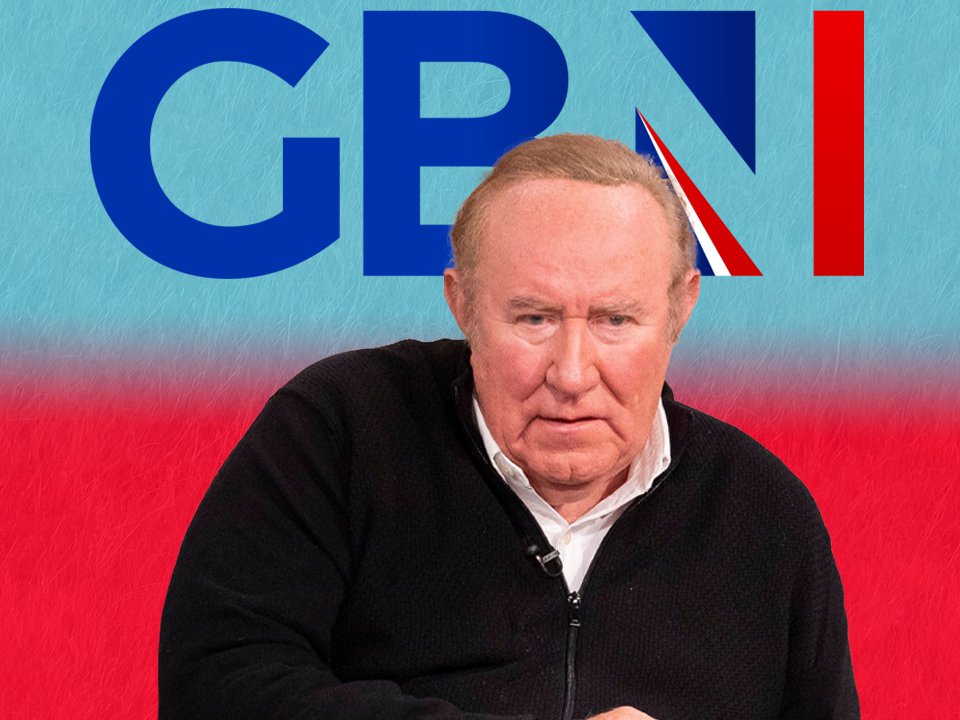 GB News has lost 60 percent of its viewers since launching in June, managing to attract around half the viewers of Sky News and a fifth of BBC News.

The broadcaster promised to change the direction of news-telling and ‘champion robust, balanced debate and a range of perspectives on the issues that affect everyone in the UK’ but has fallen short in the ratings compared to its rivals.

In the latest full week, according to Broadcast now, GB News averaged 21,000 viewers between 6am to 2am – slightly more than last week’s 20,000.

That’s quite the fall from the 157,000 viewers that tuned into watch ex-chair Andrew Neil’s first live show on launch day, and the 151,000 who caught Nigel Farage make his debut on August 5.

Ultimately, the stats pale in comparison to Sky News’ average of 57,000 in the same time frame and and is way behind BBC News’ audience of 103,000.

The channel’s top rated show over the last week was Farage’s, which pulled in 80,000 viewers on Monday at 7pm.

The figures come after Neil quit GB News just three months after being the face of its launch.

Just a fortnight into the channel’s conception, the former BBC star fled the UK, retreating to France after GB News was plagued with endless technical difficulties.

In a scathing interview with the Daily Mail, Neil admitted he came ‘close to a breakdown’ as his time at GB News became more humiliating each day.

Among the technical gaffes, Neil said there was a particular issue lighting non-white presenters and guests.

‘We were also broadcasting from the most diverse, multi-ethnic city in the world and we couldn’t light people of colour,’ he said.

‘In the early days you could barely see them for our backdrop. They faded into the background because we didn’t light them properly.

‘I raised the issue that the reputational damage we were risking was monumental. I said it was a disaster. There were endless things and, by the second week, things weren’t getting any better. Some things were getting worse. It was terrible.’

Last night, Farage compared Channel 4’s recent difficulties after going off air for an hour to GB News’ struggles, and appeared to make a slight dig at Neil, saying ‘some people got very stressed’ but claiming ‘it can happen to anybody’.