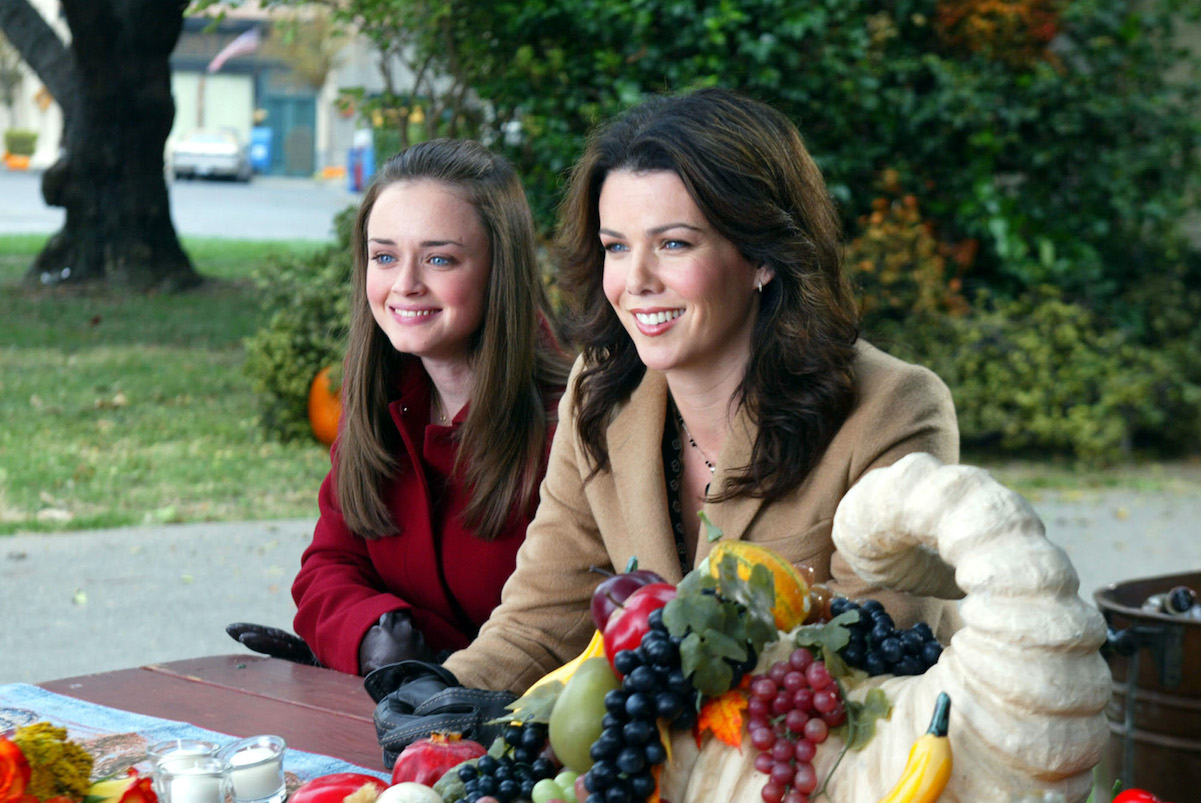 The iconic 1950s sitcom starred real-life couple Lucille Ball and Desi Arnaz. On the show, they played husband and wife, Ricky Ricardo and Lucy Ricardo. Ricky tried to make it in show business while Lucy often found herself in hilarious situations trying to help.

1. ‘I Love Lucy’ is first referenced in ‘Gilmore Girls’ Season 1

The pilot episode of Gilmore Girls debuted on Oct. 5, 2000. Not long after the show first aired on the now-defunct WB network did the I Love Lucy references begin.

According to IMDb, the first I Love Lucy reference happened during Gilmore Girls Season 1 Episode 6: “Rory’s Birthday Parties.” Lorelai greeted Rory with “Lucy, I’m home!” when she arrived back at their house in Stars Hollow.

Originally said by Ricky on I Love Lucy, the line is one of the sitcom’s most popular quotes.

2. Lorelai wondered if she should ‘pull a Lucy Ricardo’ later in ‘Gilmore Girls’ Season 1

Rory had to monitor a chick for a school project during Gilmore Girls Season 1 Episode 14: “That Damn Donna Reed Show.” While babysitting the chick, which Lorelai named Stella from A Streetcar Named Desire — yet another pop culture reference — the chick got loose in the house.

Panicked, Lorelai called Luke Danes (Scott Patterson) for help. During their conversation, Lorelai made a reference to the I Love Lucy episode when Lucy raises chickens.

“Luke? Stella got out and I don’t know – do I put seed on the floor? Do I make cheeping sounds? Or do I pull a Lucy Ricardo and walk like a chicken so she thinks I’m her mother?” she said.

3. Christopher and Lorelai talked about Fred Mertz in the next episode

Rory’s dad, Christopher Hayden (David Sutcliffe), made his first appearance during Gilmore Girls Season 1 Episode 15: “Christopher Returns.” While he and Lorelai had an argument in the kitchen, Lorelai referenced Lucy and Ricky’s landlord, Fred Mertz, a former boxing champion.

During the scene, Lorelai wore I Love Lucy-themed pajamas. Christopher and Lorelai explained the reference in their dialogue.

LORELAI: “My father almost hit someone. My father has probably only hit another man in college wearing boxing gloves and one of those Fred Mertz Golden Gloves pullover sweaters.

Season 1 had yet another I Love Lucy reference only a few episodes later in Gilmore Girls Season 1 Episode 18: “The Third Lorelai,” according to Annotated Gilmore Girls. Rory told Lorelai about her attempt at setting up her classmates Tristan Dugray (Chad Michael Murray) and Paris Geller (Liza Weil).

Lorelai responded with another one of Ricky’s famous lines from I Love Lucy, saying, “Lucy, how many times have I told you not to butt into other people’s business?”

5. Lorelai and Kirk argued about ‘I Love Lucy’ in ‘Gilmore Girls’ Season 2

To get Kirk Gleason (Sean Gunn) to break character, Lorelai started talking about I Love Lucy, according to IMDb. Her tactic worked and they argued about which episodes of the show they liked better.

6. Marty confessed to Rory he didn’t like a famous episode of ‘I Love Lucy’

Another I Love Lucy reference came in Gilmore Girls Season 5 Episode 15: “Jews and Chinese Food,” courtesy of Rory’s friend, Marty (Wayne Alan Wilcox). He confessed during a movie night with Rory that he didn’t like the Harpo Marx episode of I Love Lucy.

A not-so-obvious reference to I Love Lucy happened in Gilmore Girls Season 5 Episode 10: “But Not as Cute as Pushkin.” It’s one of the show’s more obscure references, according to Ranker.

Lorelai said she’d “hop a fence and get Richard Widmark to sign my grapefruit.” It’s a reference to an I Love Lucy episode when Lucy and her best friend, Ethel Mertz (Vivian Vance), fell off Widmark’s fence trying to snag a souvenir grapefruit.