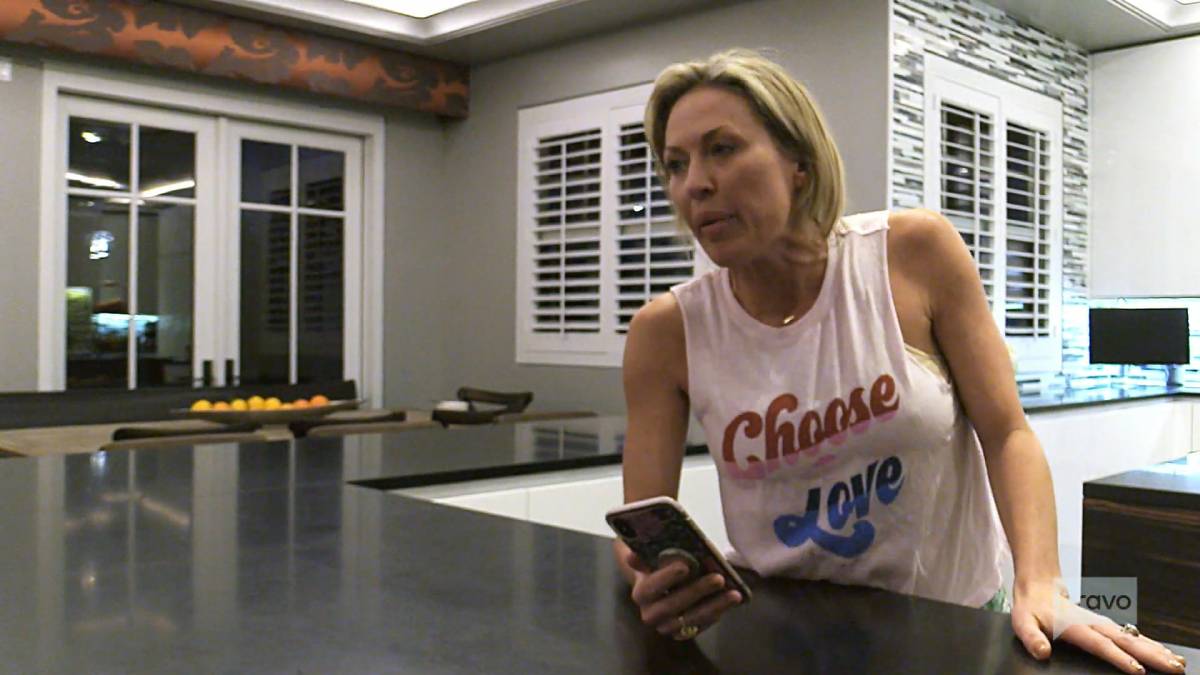 On the most recent episode of Real Housewives of Orange County, Braunwyn Windham-Burke revealed that the reason she is on bad terms with Gina Kirschenheiter.

Gina called Braunwyn after throwing back tequila shots with Emily Simpson and accused Braunwyn of “taking shots” at her.

“I have been!” Braunwyn retorted.

Braunwyn then accused Gina of saying things about her husband, Sean Burke, that “aren’t cool and aren’t true.”

She continued to throw some more shots at Gina shouting, “All that bleach must have went to your brain, but I’m not going to say that over the phone!”

“If you want to talk to me, you can come over, I can go to your house … I want to look you in the eye and you say it to my face,” Braunwyn reiterated.

Gina recalled when she first mentioned the text in 2019 while she met up with former housewife Tamra Judge for lunch. She joked that Braunwyn has never texted her but her husband has and read the text to Tamra.

“Hi Gina, just checking in all is OK, :)” a screen grab of the text read. “Braunwyn is asleep, but I got her to the condo first ;). Anyway, have a good night, and it was great to spend time with you 🙂 Oh this is Sean probably should have started with that.”

Fast forward to the present day, Gina affirmed that she thought the text was “creepy.”

“Maybe I took it out of context,” she confessed. “But I’m allowed to think it’s creepy. ‘Cause it is.”

How Braunwyn found out about the text

When Gina called Braunwyn, Braunwyn hinted that Tamra was the one who told her about Sean’s text.

“I think this is way deeper than even I thought this was,” Gina said looking for an explanation.

“Tamra told me some stuff and I’m not too pleased,” Braunwyn explained.

Emily then privately commented on Tamra’s habit of spreading gossip.

“Apparently Tamra got a day off from her master, Lucifer, and she has come to earth to let Gina know what’s going on. Tamra needs a hobby that occupies her time so that she’s not interested in all of our lives and what’s going on.”

“This is messed up. I’ve been nothing but nice to you, and I will talk to you, but I will not do it over the phone,” Braunwyn said before hanging up the phone.

While Braunwyn and Gina decided to keep the peace at Emily’s daughter’s party, the preview for Episode 3 hints that the drama between the two comes to a head.

The Real Housewives of Orange County airs at Wednesdays 9/8c on Bravo.