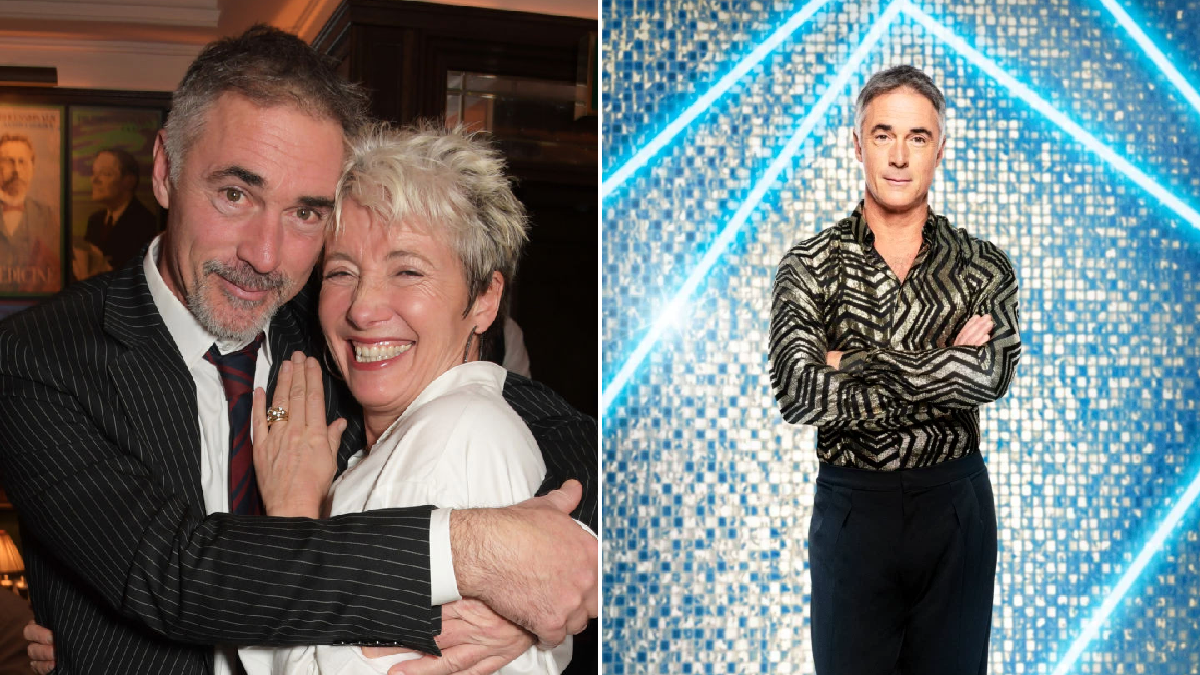 Strictly Come Dancing’s Greg Wise has revealed that his wife Dame Emma Thompson encouraged him to sign up for the 2021 series after he initially declined the invitation.

The Sense And Sensibility actor, who is one of the 16 celebrities signed up to take part in the upcoming show, said that he was convinced to backtrack on his decision following a brief conversation with his life partner.

Ahead of the Strictly launch on Saturday, Greg, 55, told Metro.co.uk and other press that he and Emma had planned to spend the autumn together after filming projects kept them apart – but then came the call.

‘I told my dear lady wife when they’d asked me and I said no and she said, “you’re mad you have to do it!”,’ Greg began.

‘We were actually planning our first holiday in seven years together and over the space of a five-minute conversation the two of us had the entire autumn was kicked into the long grass and here I am.’

Despite the change of plans, Greg said Emma is ‘thrilled’ because she’ll be able to ‘relax and support me and watch every Saturday night’.

Greg and Emma have been married 19 years and the couple shares daughter Gaia and informally adopted son Tindyebwa Agaba.

Although the actor will have the support of his spouse, he is a little worried he’ll end up… breaking a leg.

‘I’m probably most nervous about injuring myself because I’m very, very accident-prone,’ he shared. ‘I do tend to fall off things and trip over things, so I’ve just got to be very aware of all of that and be on my best behaviour.’

We’re rooting for you, Greg!

Strictly Come Dancing returns this Saturday at 7.45pm on BBC One.