H.E.R. Just Got a Grammys-Oscars Twofer, and It Changed Her Life

Note to Oscar producers: If you want H.E.R. to perform on the show, all you have to do is ask 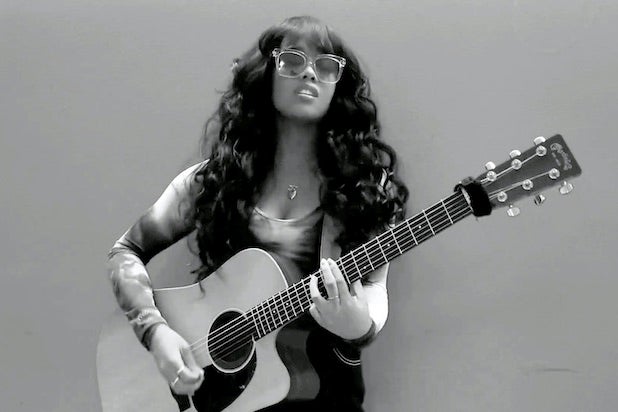 Lots of people got good news from the Oscars on Monday morning, but not many of them also got it from the Grammys on Sunday night. And it’s hard to imagine anybody ever winning Song of the Year at the Grammys and landing an Oscar nomination less than 10 hours later (and doing this, by the way, in the same year in which they performed at the Super Bowl).

But H.E.R. did, picking up an Oscar nom for her song “Fight for You” from “Judas and the Black Messiah” only hours after winning one of the top Grammys for “I Can’t Breathe.”

“Man, I have,” she told TheWrap with a laugh. “It’s been life-changing.”

The 23-year-old singer and songwriter said she didn’t hesitate when she was approached by the filmmakers of “Judas” to write and perform a song for their film about the FBI campaign to target the Black Panther Party and its chairman, Fred Hampton, in late 1960s Chicago. Hampton, played by Daniel Kaluuya, was shot and killed during a raid on his home made possible by FBI informant William O’Neil (Lakeith Stanfield).

“I felt I was part of a history lesson,” she said. “It’s such an important story, and not enough people know the details. The song connects me to that time, and to the fact that what they were fighting for then is a struggle that we are continuing today.”

H.E.R. also gave voice to that struggle in “I Can’t Breathe,” a song she released in June after the Black Lives Matter protests that followed the police killings of George Floyd and others. And the success of those two songs, she said, has changed her approach to her career.

“Those songs came from a very personal place and a very painful place,” said H.E.R., who was born Gabriella Sarmiento Wilson to a Filipino mother and an African American father. “I think they’ve changed my perspective because of the impact that they’ve had. It’s made me take on even more of a responsibility to be an advocate for change. To represent both my cultures, particularly young Black women.”

She is now working on a new album that she expects to release in the spring and hoping that her Lights Out music festival can return to the San Francisco Bay Area after last year’s edition was canceled because of the pandemic. And she told TheWrap that if the Oscar producers would like her to perform “Fight for You” on the Oscars, they won’t have to ask twice.