Harvey escapes prison and heads to kill Leanne in Corrie 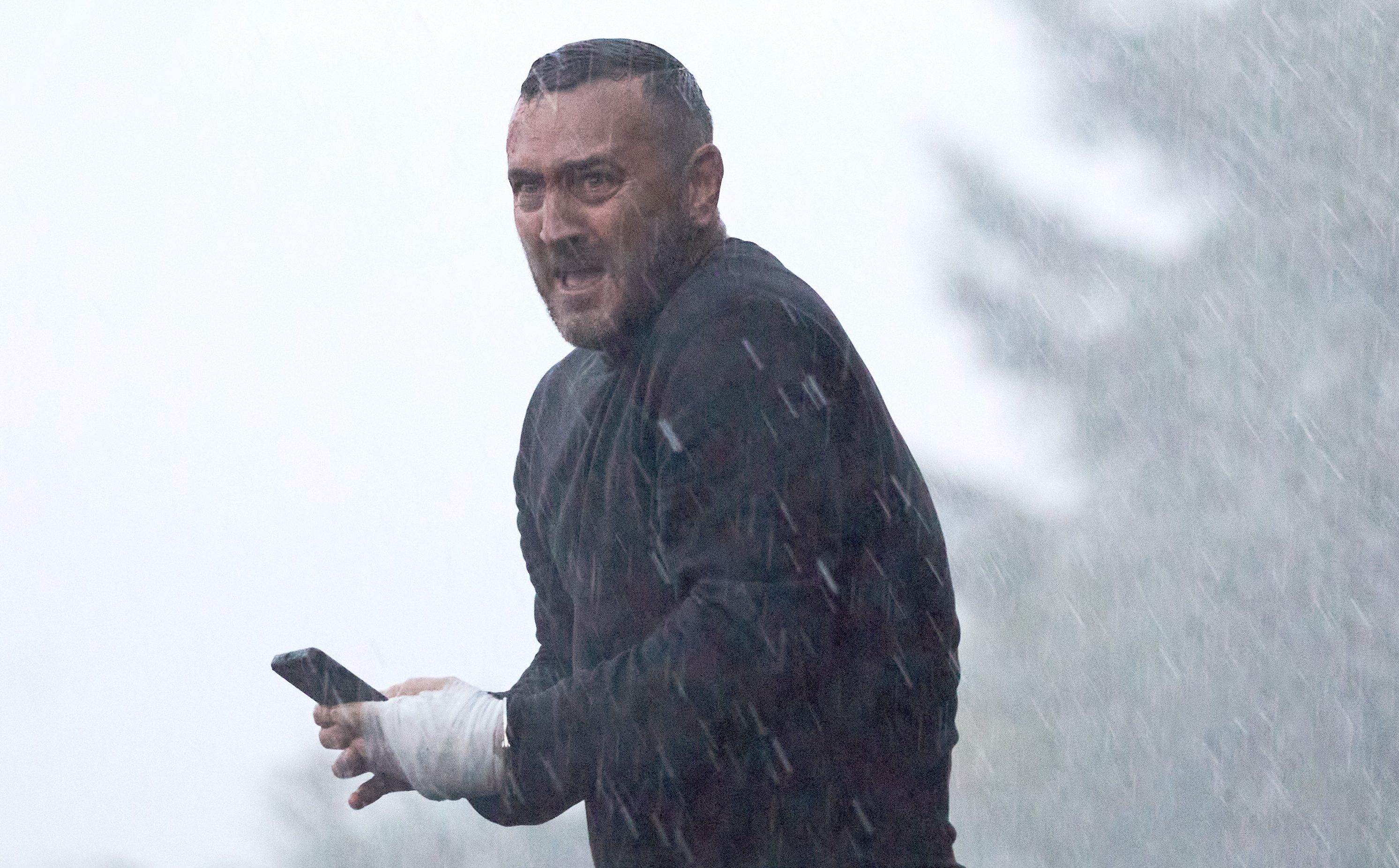 Harvey Gaskell (Will Mellor) is on the rampage in Coronation Street and prepared to kill Leanne Battersby (Jane Danson) in a murderous revenge attack.

After injuring himself deliberately, Harvey was transported to hospital but as his prison guard companion overpowered the driver, a devastating crash left the prison van on its side.

In a Cape Fear style scene, he emerged to flashes of lightning and headed directly to the Street after knocking Kevin Webster (Michael le Vell) out and stealing his ‘wheels’.

Before long, as a storm took hold, he arrived at the Bistro and closed in on a terrified Leanne.

And Will has warned that he will go to any lengths to take his revenge.

He told Metro.co.uk: ‘He has come to finish them off, there’s no doubt in his mind. Leanne, Sharon and Toyah is also especially on his list. He has a period of time here where he can do his business then get on a plane.

‘He’s making calls when he gets out about planes. That’s his plan. Things don’t always go to plan and he gets angrier and the storm kicks in and also the way he gets out. It goes wrong from the start, it does not go smoothly so he is wound up even more.

‘He goes from 1 to 100 in a second. One thing he doesn’t like, he hates it ‘when birds get away from me’ He doesn’t like anyone escaping him – he sees it as a personal challenge. It’s his way or the end of it, with taking everyone with him.

‘He has no fear whatsoever, you know he’s willing to do whatever. What could he do to Leanne BEFORE he kills her too. That’s the threat.’

Can Leanne escape? Or is this the end of the line?