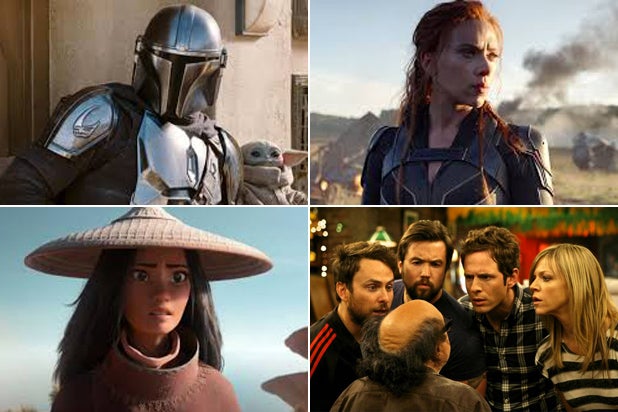 Disney rolled a lifetime’s worth of announcements at its massive investor day on Thursday, providing updates on dozens of films and series as well as unveiling new projects from Pixar, Marvel, Lucasfilm, Disney Animation and more.

From a new “Sister Act” sequel coming to Disney+ to a slew of new “Star Wars” series currently in the works, here is everything the company just announced all in one place:

When Disney launched its streaming service a year ago, the company estimated it would attract 60-90 million subscribers by 2024. On Thursday, it was announced that the streaming service has blown past that mark to 86.8 million subs in the first year alone. Unfortunately for those 87 million, the monthly price will go up to $7.99 next year.

Following in the footsteps of Disney’s “Mulan” remake, the upcoming “Raya and the Last Dragon” will open as a Premier Access release next March, with subscribers given the chance to purchase streaming access of the film the same day it is released in theaters.

After nearly three decades on CBS, Southeastern Conference college football games will air on ESPN and ABC starting in 2024 as Disney locks in a 10-year TV rights deal.

“Fargo” mastermind Noah Hawley is in development on a new series set within the Ridley Scott’s “Alien” franchise for FX. The project will be set on Earth and is said to blend the thriller aspects of the original 1979 film with James Cameron’s more action-oriented sequel.

FX’s long-running comedy “It’s Always Sunny in Philadelphia” was picked up for four more seasons, which will see it surpass “Ozzie and Harriet’s” record as the longest-running sitcom in TV history.

“The Handmaid’s Tale” renewed for Season 5

Hulu’s Emmy-winning “The Handmaid’s Tale” has been picked up for a fifth season starring Elisabeth Moss, with the pandemic-delayed fourth season set to finally air next year. 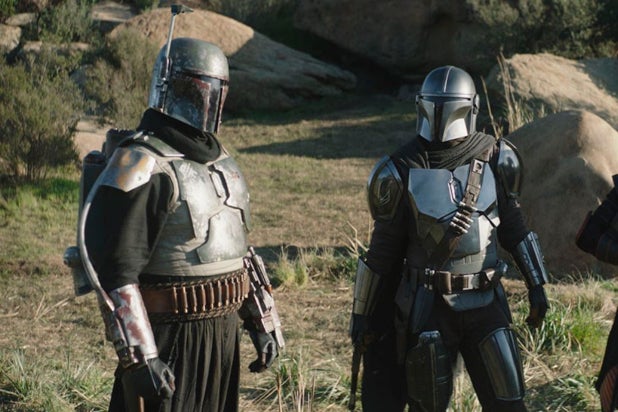 Following the success of “The Mandalorian,” Disney+ is going all-in on “Star Wars” with 10 new series set to roll out on the streamer in the coming years. Among the projects in the pipeline are two direct “Mandalorian” spinoffs from director Jon Favreau, a Lando Calrissian series from “Dear White People” creator Justin Simien, a “Rogue One” spinoff centered on Diego Luna’s character called “Andor,” the mystery-thriller “Acolyte” from creator Leslie Hyland, a series of anime-style short films,  and finally the Obi-Wan Kenobi prequel which will see Ewan McGregor reprise his role from the prequel films (along with another “Star Wars” veteran).

“Wonder Woman” director Patty Jenkins will helm a new original film in the “Star Wars” universe titled “Rogue Squadron,” with a theatrical release set for Christmas 2023. Jenkins later said on Twitter that she was inspired to take on the project of what will be “the greatest fighter pilot movie of all time” because of her own experience as the daughter of a fighter pilot in the military.

Nat Geo’s scripted anthology series “Genius” will move to Disney+ for its upcoming fourth installment, which was announced Thursday to explore the life of civil rights leader Martin Luther King Jr. It will be one of several original Nat Geo-branded series to roll out on the streamer, alongside the Chris Hemsworth unscripted series “Limitless” and two series from director Darren Aronofsky.

Hulu is getting in the Kardashian business

With E!’s long-running “Keeping Up With the Kardashians” set to come to an end in 2021, reality TV’s royal family is jumping to Hulu with a new multi-year content deal at the streamer. No specific projects were announced, though new content produced under the deal is expected to start rolling out late next year.

Gabrielle Union to star in “Cheaper by the Dozen”

“Black-ish” creator Kenya Barris is in development on a reboot of the “Cheaper by the Dozen” films, with Gabrielle Union set to star. The story centers on a blended family of 12, navigating a hectic home life and their family business, and is slated for a 2022 premiere on Disney+.

Akiva Schaffer’s forthcoming “Chip ‘n’ Dale: Rescue Rangers,” a hybrid-live-action-animated feature that will debut on Disney+, will feature the voices of John Mulaney and Andy Samberg as the titular chipmunks, with Seth Rogen set to make a cameo. 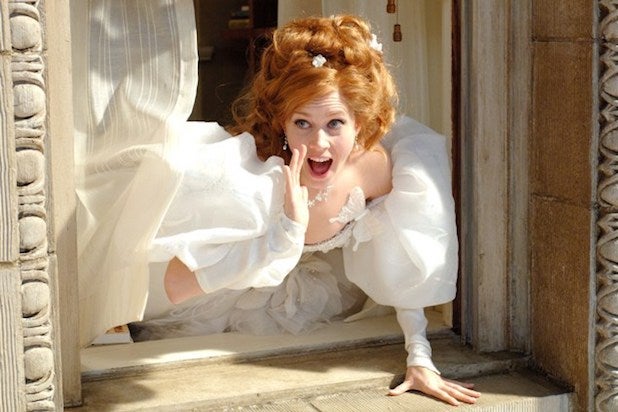 Disney is moving some of its latest live-action remakes of animated classics to Disney+, including “Pinocchio” starring Tom Hanks and directed by Robert Zemeckis and “Peter Pan & Wendy” starring Yara Shahidi as Tinker Bell. Other features that will debut as Disney+ originals include “Sister Act 3,” a new “Diary of a Wimpy Kid” film and “Disenchanted” — the sequel to “Enchanted,” for which Amy Adams has been announced to return.

The filmed version of Lin-Manuel Miranda’s “Hamilton” was a huge boon for Disney+ earlier this summer, so naturally the streamer is re-teaming with the “Moana” songwriter on a new original musical set in Colombia. “Encanto,” directed by Byron Howard and Jared Bush, centers on a “magical family who live in a magical home.”

Disney is leaving no IP unturned as it expands its streaming offerings. On Thursday, Disney Animation announced five new original series, including spinoffs of “Big Hero 6,” “Moana,” “Princess and the Frog” and “Zootopia.” The division will also produce the new series “Iwájú,” a collaboration with the Pan-African entertainment company Kugali set for a 2022 premiere on Disney+.

Disney+ will also get new “Up” and “Cars” spinoff series, with the first, “Dug Days,” set to premiere next fall. Pixar’s third series for the platform will be a new “Rashomon”-style series called “Win or Lose,” which will premiere in fall of 2023.

Following his departure from the Marvel fold, Captain America himself, Chris Evans, will stay in the Disney family as the new voice of one of Pixar’s most iconic characters, Buzz Lightyear. The new film from director Angus MacLane will showcase the space ranger’s heroic origins, with Evans taking over the voice role from “Toy Story” star Tim Allen. 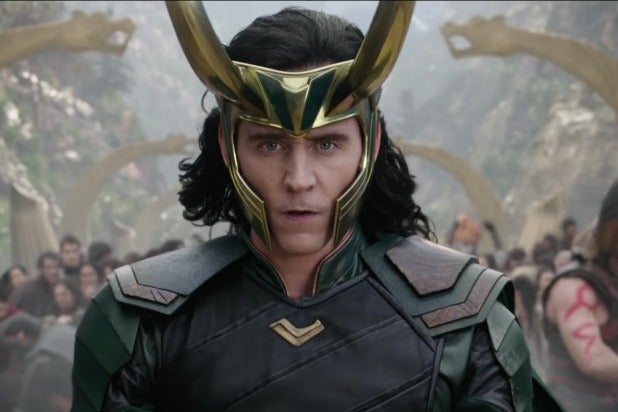 The MCU finally lands at Disney+

Disney+ has long been planned to play an integral role in the Marvel Cinematic Universe, and the first projects will finally start to roll out next year. On Thursday, the company released new trailers for upcoming series “WandaVision,” “The Falcon and the Winter Soldier,” “Loki” and the animated “What If…” Marvel also released a new featurette about the upcoming “Ms. Marvel” series centered around its young star, Iman Vellani.

But “Black Widow” is sticking with theaters

Despite Disney moving some of its upcoming films to streaming, Marvel’s latest tentpole, “Black Widow,” is holding firm with a planned theatrical release set for May 2021, signaling that Disney+ isn’t looking to become HBO Max just yet.

Even more Marvel series in the works

In addition to the five series mentioned above, Marvel boss Kevin Feige also gave updates on previously announced Disney+ series — “Moon Knight,” “Hawkeye” and “She-Hulk” — and announced a handful of new projects. Samuel L. Jackson and Ben Mendelsohn will return for “Secret Invasion,” while Don Cheadle is back in “Armor Wars.” Dominique Thorne will star in “Ironheart,” which focuses on Riri Williams, a young Black woman who takes over the mantle of Iron Man.

In the wake of Chadwick Boseman’s death earlier this year, Marvel boss Kevin Feige promised that the character of T’Challa would not be recast in the upcoming “Black Panther” sequel. Instead, the film, due out in 2022, will continue to explore “the world of Wakanda and the rich characters introduced in the first film.”

The Fantastic 4 join the MCU

Despite two previous failed attempts at launching a film series, the Fantastic 4 are getting a third shot at the big screen, with “Spider-Man” director Jon Watts to helm a new movie featuring the classic superhero family for Phase 4 of the MCU.