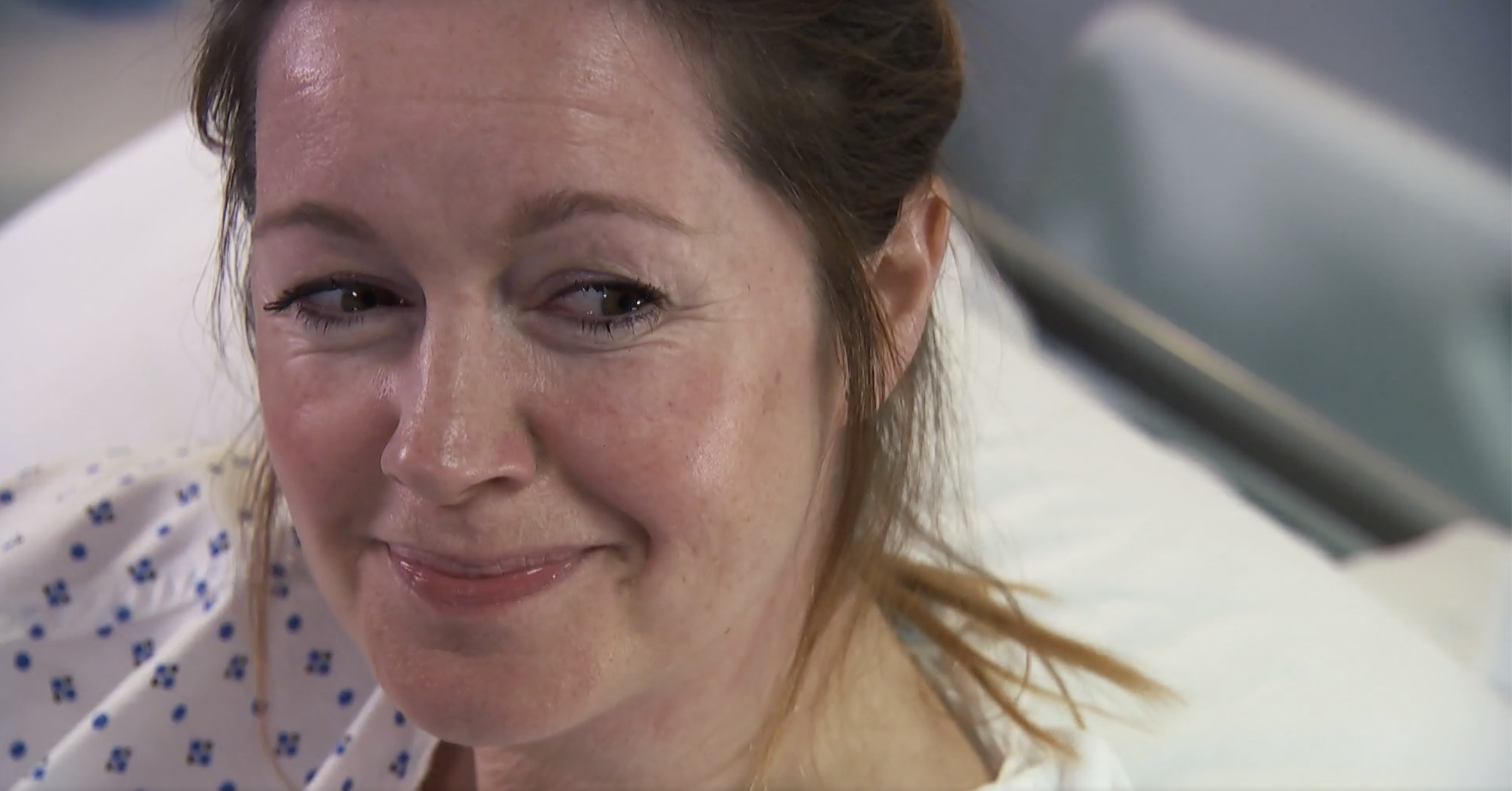 The soap stalwart has been struggling with her mental health in the wake of discovering that she was carrying evil Edward’s child.

Verity (Eva O’Hara) soon realised that Diane’s anxiety had spiralled out of control, as did Tony (Nick Pickard), after she asked him to recreate lockdown with her until the baby is born.

Next week, Tony and Scott Drinkwell (Ross Adams) are struggling with being cooped up, as Diane has refused to let them leave the house, as she fears they could bring back germs.

Scott, however, has enough and walks out, while Tony resolves to go for a walk.

But while Tony is out, Diane’s waters break!

Tony soon returns home and, upon realising what’s happened, he desperately tries to get Diane to go to the hospital. However, she refuses to open the door.

Tony, unwilling to leave her to give birth on her own, breaks the door down, and in emotional scenes, he pleads with Diane to come to the hospital.

Later, they welcome their newborn baby, who they name Eva.

The pair’s happiness is short-lived, however, as Eva later vanishes, and viewers will know that Cher McQueen (Bethannie Hare) has kidnapped the baby in order to destroy Mercedes (Jennifer Metcalfe)!