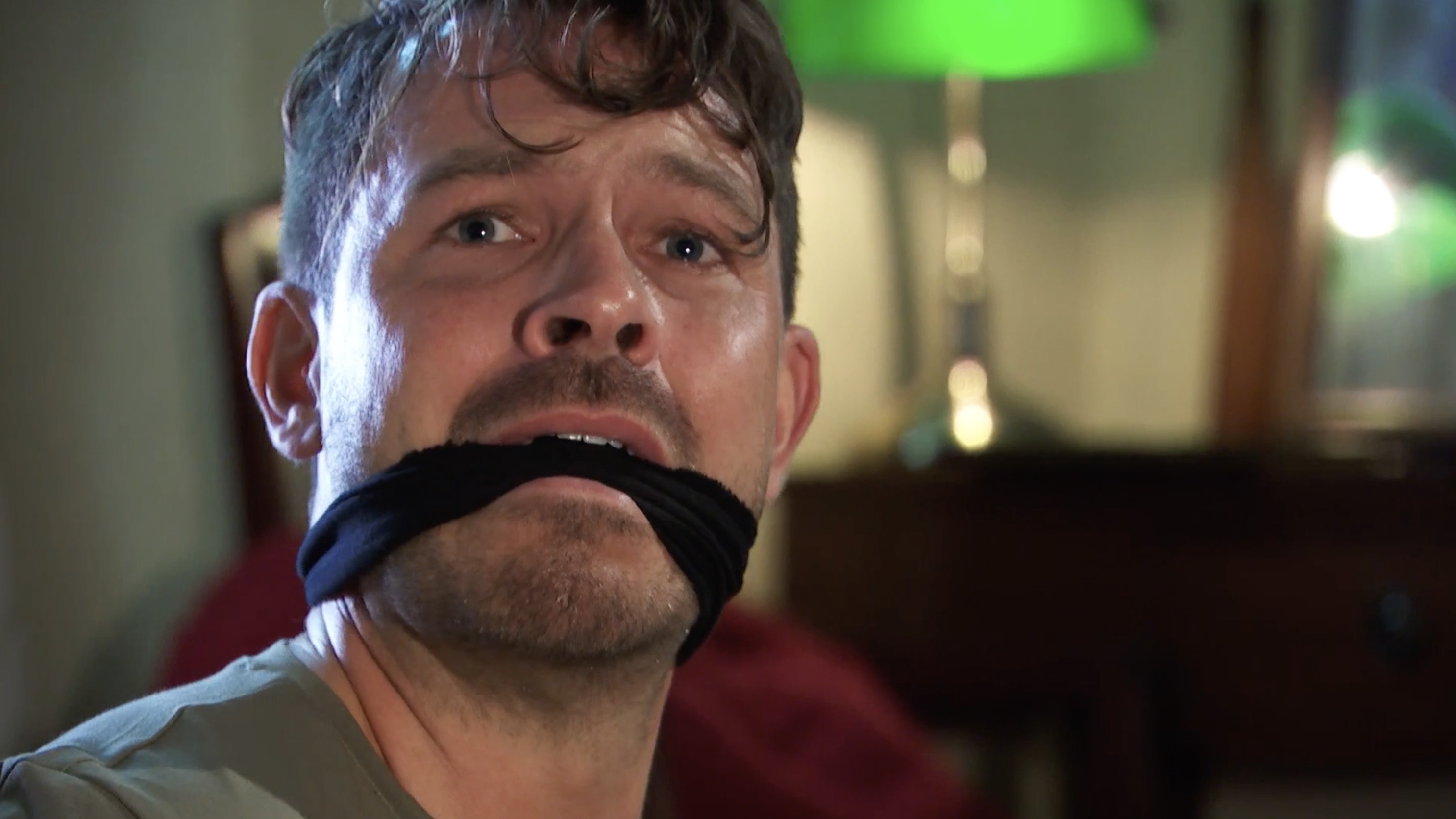 Little does she know, however, that he is being held captive at a nearby hotel, with kidnapper Ethan (Matthew James-Bailey) demanding that he do as he’s told if he wants to stay alive.

A reference was made to Ethan’s mysterious female boss, who appears to have orchestrated Darren’s kidnap, and while little was known about her at the time, it was quite clear that she’s not someone you mess with.

Hollyoaks, however, has now provided us with all the answers we could possibly need, as the Channel 4 soap’s brand new trailer has given us a first-look at the dastardly woman in question, named Maya.

‘Maya is a part of a family of criminals’, says Ethan, warning Darren against messing around when in her presence.

‘No one has ever lived to give evidence against them!’.

It remains unclear as to why Darren was taken against his will, or what use he could possibly be to Maya, but it appears as if he might have seen something he shouldn’t have.

‘If that man stays alive, I’m finished’, adds Maya in the trailer, explaining why she’s deemed it necessary for Darren to die!

The question is: will Ethan follow through on her order and shoot her? One particular scene sees Darren begging for his life, but will Ethan do as his boss commands?

Or will he let Darren go?