The star of the classic BBC school drama – one of the longest-running shows in British television history – died in the early hours of the morning (January 10, 2022). 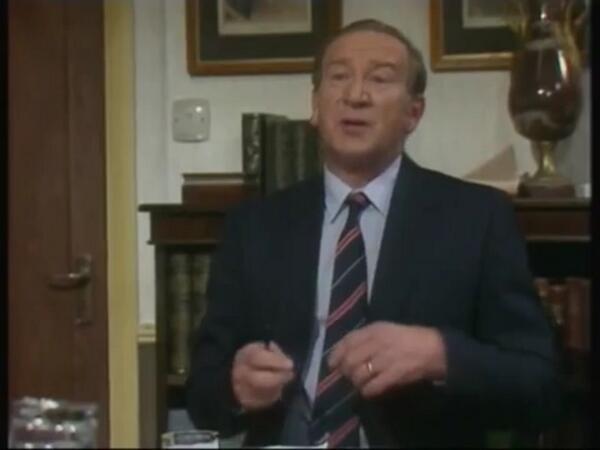 Who was Nicholas Donnelly?

Actor Nicholas was born in Kensington on 1938.

He started his television career in the Dixon of Dock Green in 1955, and Lifeforce 1985.

He retired to Hastings in 1993 where he became a lay minister at his Catholic Church, St Mary Star of the Sea.

Nicholas met wife Alrun in the 1950s during his National Service in Germany and the pair had two sons, twin daughters and five grandchildren.

How did Nicholas Donnelly die?

Nicholas died on January 10, 2022, although a cause of death is yet to be revealed.

A statement from his family said: "He was a gracious, kind and lovely man, a wonderful father and grandfather.

"He was also very funny and brilliant at telling stories, acting out all the characters, marvellous company and a privilege to know.

"He loved nothing more than offering hospitality and making people feel welcome."

Hundreds of fans have paid tribute to the actor, calling him an icon in the popular show.

Fellow Grange Hill actor RIcky Simmonds, who played Ant Jones, paid tribute to his colleague saying: “Nicholas was a true pro and a lovely man to work with. RIP.”

A fan added: “Very sad news to hear. He was definitely one of my favourite teachers on Grange Hill.

“Very fair but firm when he needed to be. Nicholas’ Scottish accent was so convincing too.

“Just proves what a versatile actor he was. My condolences to his family and friends. RIP Nicholas.”

Who did Nicholas Donnelly play in Grange Hill?

Nicholas Donnelly played Mr MacKenzie in the hit BBC kids show from 1985 to 1989.

His death comes after Grange Hill creator Sir Phil Redmond has announced the school drama series is returning as a film.

The series, which ran for 30 years, is set to hit the big screen in 2023 and which will reflect the realities of the modern-day classroom.

Sir Phil told BBC Breakfast that casting and production would get under way this year.

He said some old characters may return, but the film will focus on a "realistic view of what education is like now".