How Long Exactly Has Kendall Jenner Been Dating Devin Booker?

Even though she’s been in the spotlight for most of her life thanks to her family’s reality television show, “Keeping Up With the Kardashians,” Kendall Jenner has mostly tried to keep her personal life under the radar. Unlike her famous sisters, Kendall would seemingly rather have fans focus on her career as opposed to who she’s dating.

Kendall almost never shares photos of her boyfriends on social media, and doesn’t like to talk about her personal life very much in interviews. But now that Kendall is older and in a good place in her modeling career, it seems that she’s ready to make some changes. She wants people to know just how happy she is while also making it clear that she’s not like her sisters, especially when it comes to her dating life.

The 818 Tequila founder has had plenty of romances in the past, including a rumored fling with Harry Styles. Kendall has also been linked to a number of NBA players, including Ben Simmons and Blake Griffin. However, there’s one athlete that she’s ready to go public with. During the second part of the “Keeping Up With the Kardashians” reunion special, which aired on June 20, Kendall set the record straight about her relationship with Phoenix Suns star Devin Booker.

Read on to find out what she had to say.

Kendall Jenner believes her relationship is a 'private matter' 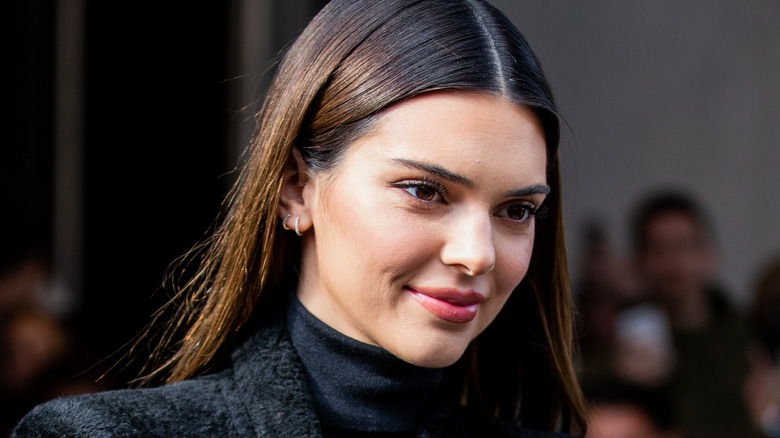 During the “Keeping Up With the Kardashians” reunion special on June 20, Kendall Jenner confirmed her relationship with Devin Booker. “He’s my boyfriend,” she told the reunion’s host Andy Cohen with a smile (via Cosmopolitan).

Even though, per Instyle, Kendall and Booker made their relationship Instagram official back on Valentine’s Day in 2021, the reality television star has stayed mum on their relationship up until this point. The reason? She doesn’t want to make the same mistakes her sisters have made in their marriages and relationships — many of which have ended in painful splits and divorces.

“No offense to my older sisters at all, but I think that Kylie [Jenner] and I specifically have had the opportunity to watch our older sisters go through marriages and relationships and break-ups and do them pretty publicly. It was a personal preference from a really young age,” Kendall explained during the reunion (via E! News). She added, “I think it makes my life a lot easier and our relationship a lot better, to be honest … I just feel like it’s a private matter and not for anybody else to judge or know.”

So, how long has Kendall purposely kept her romance with Booker out of the spotlight? 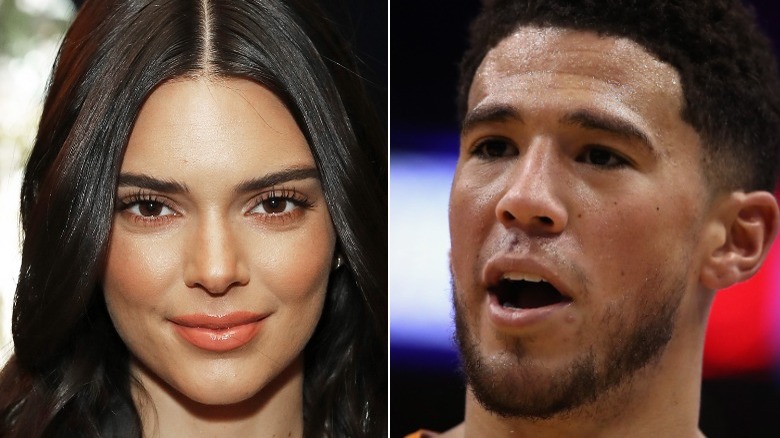 Per Elle, in April 2021, Kendall Jenner and Devin Booker were seen out and about together while “on a rare public date in New York City.” However, the outlet noted that the “two first sparked rumors of their relationship” in 2020. In fact, exactly a year earlier in April 2020, amid the coronavirus pandemic, Page Six reported that the model had been spotted with Booker, who is also reportedly Jordyn Woods’ ex. That being said, at the time, a source told TMZ, “Kendall and friends have a small social circle amongst the group, who have been following the same social distancing and physical distancing guidelines. Devin is a friend and is part of the small group.”

Fast forward to August 2020, and cameras captured the now-couple at celebrity hotspot Nobu alongside Kendall’s sister Kylie Jenner, per People. While Kendall and Booker have been romantically linked for quite some time now, it wasn’t until the “Keeping Up With the Kardashians” reunion special in June 2021 that Kendall seemingly decided it was time to publicly address their relationship — and explain why she hadn’t done so before.

Could it be that Kendall and Booker are ready to take their relationship to the next level and she’s preparing her fans and followers for bigger news to come? If so, the timing couldn’t be any better, especially with the end of “Keeping Up With the Kardashians” and the beginning of what looks like an unscripted beginning for Kendall.