How Mom Wrote Off Anna Faris

Anna Faris left Mom after seven seasons and the season eight premiere revealed where Christy is. 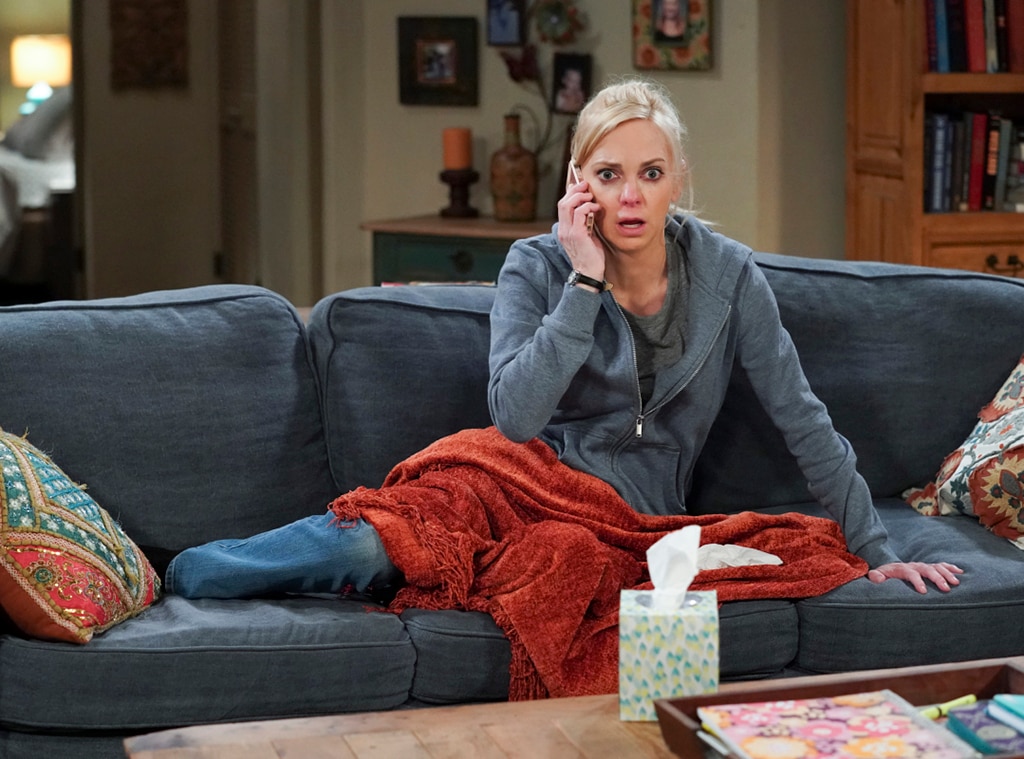 Christy may be gone, but she's certainly not forgotten.

Mom returned for season eight on Thursday and revealed how Anna Faris was being written off. She's not dead or anything, but she has gone off to college to study law at Georgetown. Bonnie (Allison Janney) is not handling it well.

She acknowledged that she was going a little overboard in feeling that empty nest after driving her 42-year-old daughter to college, but she felt it all the same.

In an effort to distract herself, she invited all the ladies over for a slumber party to celebrate Tammy's (Kristen Johnston) birthday and the whole thing turned into a very middle school sort of mess, but the whole thing ended with a call from Christy, because even 42-year-old college students sometimes have to call their moms.

Seems like this show will be just fine with one less mom.

Faris' exit was announced in early September with a statement from the actress.

"The past seven years on Mom have been some of the most fulfilling and rewarding of my career," she said. "I'm so thankful to [Chuck Lorre], the writers, and my amazing castmates for creating a truly wonderful work experience. While my journey as Christy has come to an end, allowing me to pursue new opportunities, I'll be watching next season and rooting for my TV family."

Clare Crawley & Dale Moss Are Engaged! Inside the Proposal

Rapper and Influencer Brax Dead at 21

How Mom Wrote Off Anna Faris

"From the inception of Mom, Anna was the first and only choice for the role of Christy," they said. "We are so proud of the stories we have been able to tell during Anna's seven years with us. We wish Anna all the best, and we thank her for her beautiful portrayal."