'I Know What You Did Last Summer' Ending Explained: Who Was the Real Killer?

Did you see that ending coming? After eight episodes of brutal deaths and bizarre twists, Amazon Prime Video’s reboot of the ‘90s slasher movie I Know What You Did Last Summer has reached its conclusion. Fans now know who was behind the killings in Wai Huna — and it may not have been who they suspected. Plus, the final moments of the season-ending episode featured a shocking revelation that set things up for a second season.

[Warning: This article contains spoilers for the I Know What You Did Last Summer season finale.] 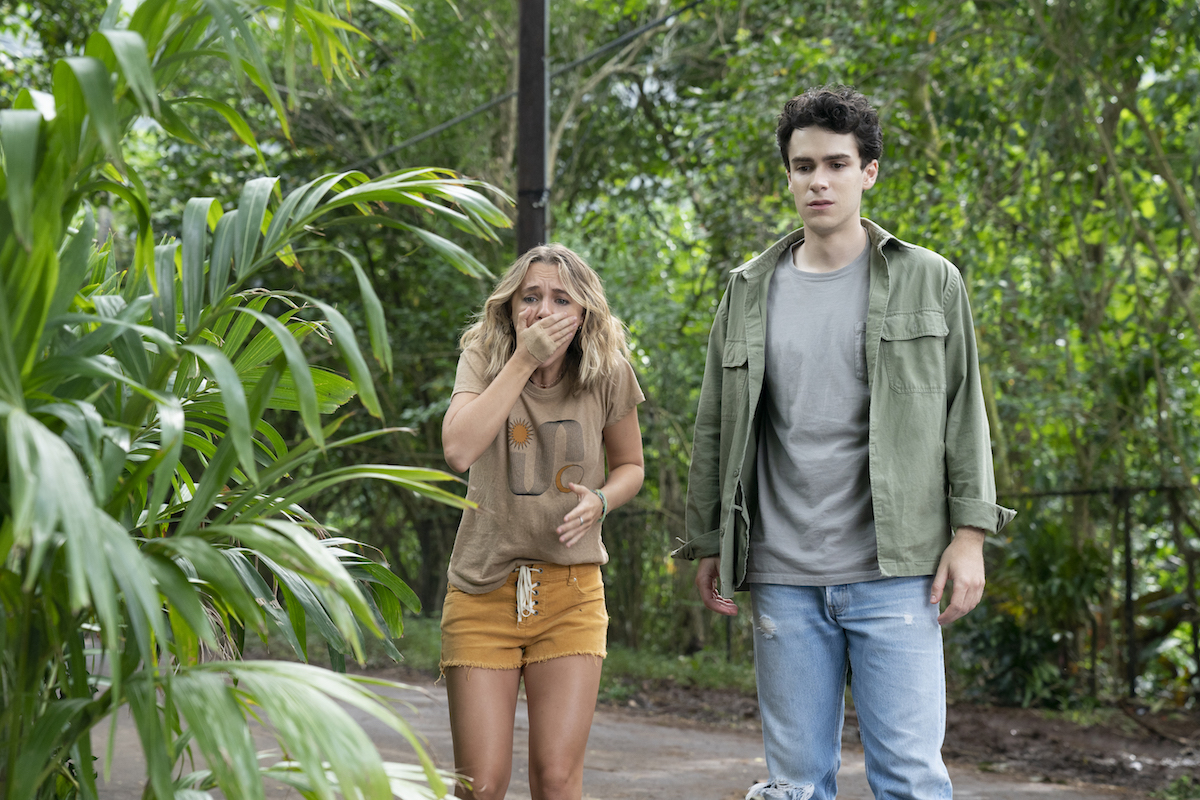 I Know What You Did Last Summer has been a whirlwind. Things didn’t slow down in the finale, titled “Your Next Life Could Be So Much Happier.”

The past few episodes, and the first part of the finale, did a lot to convince us that Dylan is the killer. He’s been acting shifty and weird, plus he seems to have been sucked into Clara’s cult. But that solution is a little too neat for I Know What You Did Last Summer, which specializes in pulling the rug out from under viewers.

Dylan’s the obvious suspect, but Margot’s the real murderer. The revelation comes when Dylan and Allison head to the cult compound, where they discover her mother’s body. Dylan tries to call 911, but Margot shows up and bashes him on the head. She then stabs Allison, who she’s known all along isn’t Lennon. (Apparently, her hashtags gave her away.)

Margot’s killing spree was motivated by her obsessive love for Lennon, though her explanation for why she murdered Johnny is pretty shaky. (Allison loved him “the most,” she says.) Then, she just kept killing people, thinking that eventually Allison would crack and tell the truth about assuming her dead twin’s identity. When Allison refuses to confess, Margot tries to kill her as well.

Dylan reappears and holds Margot at gunpoint, but Police Chief Lyla shows up in response to that 911 call. Margot — who’s already put Dylan’s DNA on the knife — says he stabbed Allison. Allison has a chance to tell the truth. But she knows Margot could reveal her secret. So, she goes along with the lie. Dylan is hauled off by the police, shouting his innocence.

Confused about how Margot pulled off all those murders? In an end-credits sequence, she helpfully explains how it all worked. She snatched Allison’s phone at the accident, convinced Dale to put the goat’s head in Allison’s closet, and got Kyle, her driver, to push her through the window in episode 6. Officer Doug became a target after he tracked her bitcoin payment to Dale, and poor Harold was just in the wrong place at the wrong time. Oh, and Margot’s mom apparently knows the truth and has helped her cover up some of her crimes. It’s a lot, and it feels like a cop-out to dump all that info as the credits roll rather than making the pieces fit together more seamlessly throughout the season.

Dylan goes to prison, Allison and Margot end up together 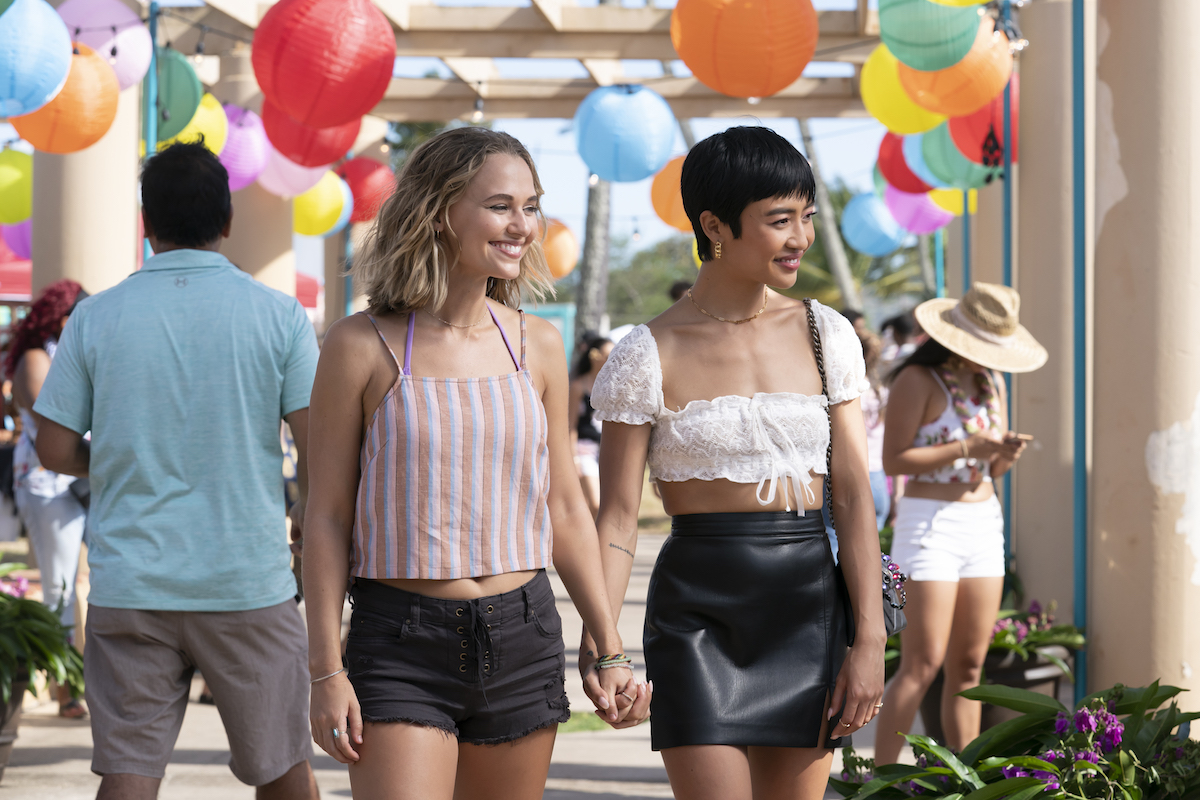 Dylan ends up in prison for a series of crimes he didn’t commit. The last we see of him, he’s using the cult’s Bible to proselytize to his fellow inmates. To their credit, the police do investigate his claims that Lennon is really Allison. There’s one slight difference — an ear piercing — that would indicate that Lennon had really died. However, because Bruce already switched the twins’ pictures, the detectives conclude Allison is really dead.

Allison and Margot end up together, though the exact nature of their relationship isn’t clear. Allison professes her devotion to Margot, telling her she’ll never leave her. But is she really in love or is she just trying to placate a psychopath? As for Margot, is it possible she’s come to terms with Allison’s switcheroo? Or is she so broken that she now believes Allison really is Lennon? In any case, these two are stuck with each other. “There’s no turning back,” as Allison says in a voiceover at the episode’s end.

‘I Know What You Did Last Summer’ sets up season 2

While the person being the Wai Huna murders has been revealed, I Know What You Did Last Summer leaves things open for a possible season 2. (Amazon has not yet renewed the show.) For one, there’s still the unfinished cult business, which could become an even bigger deal now that Dylan is using his time in prison to possibly set himself up as their new leader. And there’s the uneasy nature of Allison and Margot’s relationship. Either could turn on the other at any time. And will they really get away with murder?

Finally, there’s that shocker at the episode’s end, when we see Riley’s body, covered in honey and stored in a walk-in cooler. She’s supposed to be dead, but suddenly her eyes open. Could she come back in season 2 and seek her revenge on Margot? And how is this connected to the cult and the search for “The One” that the now-dead Clara spoke about earlier in the season? The door’s certainly open to continue this story.